When we lived in Bangkok, one of the many curious things we observed was tiny twig cages of sparrows here and there along the sidewalk. They were inevitably attended by a person or two, who would sit in a plastic lawn chair or on their haunches, as a toddler does but I cannot. Occasionally, a passerby would hand a baht coin or two to the attendant, pick up a cage, and open the door for the sparrows to fly out. This struck my American self as odd, since to all appearances the "purchaser" just abandoned all hope of taking his or her new pet home.

Somehow it never occurred to me to ask what was going on, perhaps because of a proud desire to appear to know what was going on. (It would have been better to heed Prof's advice, "It's better to ask a question and appear stupid than to keep your mouth shut and remain so.") As it happens, however, our language teachers described this very phenomenon in a class one day about Thai superstitions.

As they explained it (and if I understood correctly), a person going through a period of bad "luck" had an opportunity of reversing the situation by doing good deeds like buying a cage of captive sparrows and setting them free. The teachers also explained with some cynicism that such businesses were, in American parlance, a racket. These particular sparrows were trained to fly back to their cages, which they considered home, so the "freedom" purchased was merely an illusion.

I identify with those sparrows in recognizing my own tendency to view my cages of sin habits, self-imposed limitations, or even my comfort zone as "home" and flying back to them instead of living in the scary freedom of the Spirit's power and direction.

Today, though, my heart is a bit heavy, and I remember the sparrows for another reason. Heavy for troubled families and young people on the church prayer list. Heavy for a loved one over her head in sorrows for which I can do nothing but pray, and that not well, it seems. Heavy for the neglected dog down the street who has taken himself for a walk more than once and who followed Amore home this morning but had to be returned to his owner by Animal Services. Heavy for some beloved children feeling confused about Mama's tears and Daddy's yelling. Heavy for families who have recently lost a child at the child's own hand. Heavy for two local church families whose sons have brain surgery today, surgery on which their lives depend. Heavy for an American pastor unjustly imprisoned in a land hostile to Christianity.

This creation groans with sorrow under the weight of human sin, and some days it only seems right to groan along with it.


For the creation was subjected to futility, not willingly, but because of him who subjected it, in hope that the creation itself will be set free from its bondage to corruption and obtain the freedom of the glory of the children of God. For we know that the whole creation has been groaning together in the pains of childbirth until now. And not only the creation, but we ourselves, who have the firstfruits of the Spirit, groan inwardly as we wait eagerly for adoption as sons, the redemption of our bodies (Romans 8:20-23, ESV).

Taking my Eeyored self to the piano to track down a certain hymn whose first line was stuck on repeat in my brain, I saw the nearby title "His Eye Is on the Sparrow" and played through that as well. This hymn provokes mixed emotions in me. Sometimes I find it deeply comforting; other times I groan at the saccharine sentimentality of the performances one usually seems to hear. (When I feel that way, I ought to remember the story behind the song, which like this blog was born out of physical infirmity.)

This day it comforted, and I remembered Jesus' words to His disciples about fearful days coming:


Are not two sparrows sold for a penny? And not one of them will fall to the ground apart from your Father. But even the hairs of your head are all numbered. Fear not, therefore; you are of more value than many sparrows (Matt. 10:29-31, ESV; see also a similar statement in Luke).

And I remembered Bangkok, and the sparrows "sold" for a baht. Not one of them can fall to a cat's claw or child's stone but that the Father knows and sees. Therefore, fear not. We are of more value than many sparrows, those tiny, common, abundant birds. Those for whom my heart is heavy are of more value than many sparrows. The Father's gaze is upon each one of them, and He is good. He is trustworthy. He is faithful. He watches over you and over me in love.

Yet the sparrows do fall, don't they? With heartbreaking regularity, they fall. 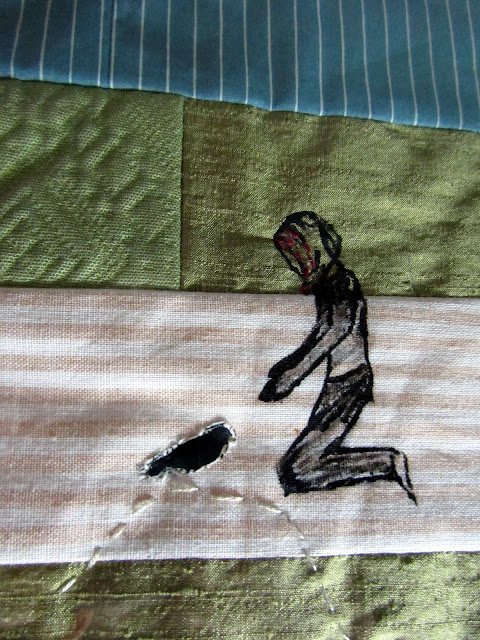 How shall I respond then? What am I to think of such a God, who watches the sparrows fall?


Whenever I am tempted, whenever clouds arise,
When songs give place to sighing, when hope within me dies,
I draw the closer to Him, from care He sets me free...


Be merciful to me, O God, be merciful to me,
for in you my soul takes refuge;
in the shadow of your wings I will take refuge,
till the storms of destruction pass by (Psalm 57:1, ESV).

As a sparrow myself, I can flee to the God who entered our sparrow bondage to redeem us from it. I can snuggle up under the wings of my Creator who causes all things to work together for the good of those who love Him that we might be conformed to the image of His Son (Rom. 8:28).

I can cast myself at the feet of the weeping Savior, so deeply moved at the tomb of the friend He loved even though He knew He was Resurrection and Life. That Savior tarried until death claimed Lazarus whom He loved that the glory of God might be revealed through his resurrection (John 11).

I can take comfort in the Holy Spirit's groaned intercessions mingled with mine (Romans 8:26-27).


Likewise the Spirit helps us in our weakness. For we do not know what to pray for as we ought, but the Spirit himself intercedes for us with groanings too deep for words. And he who searches hearts knows what is the mind of the Spirit, because the Spirit intercedes for the saints according to the will of God. (Romans 8:26-27, ESV).

Sparrows fall because this world is not what it was meant to be. Human sin--Adam's and ours who are in his image--has vandalized it. However, neither is this world what it shall be. Resurrection is coming, beloved. Death is not the end. Our bodies and the bodies of all Christ's fallen sparrows will be redeemed, as the first Romans 8 passage quoted here says. In that great day, in Paul's reckoning, "...the sufferings of this present time are not worth comparing with the glory that is to be revealed to us" (Rom. 8:18, ESV). Thanks be to God!

Until then, may we find comfort in the knowledge that our pains and joys alike are beneath His loving gaze.

{In case some of you have never heard this song, below is the best recording I could find available at no charge on YouTube. If you cannot view it in your e-mail or RSS reader, please visit the blog post to view.}


P.S. This post was mostly written Monday but not completed then due to time constraints. The heaviness did not last long, although all the reasons remain. The two sons of church members did survive their surgeries, although they both have long journeys ahead toward healing in this world or the next. Today the sun shines in my heart despite the grey, damp day outside, so that is no cause for you to worry. Thank you for loving me with God's love!

Sharing with Laura and Ann today: