“For I consider that the sufferings of this present time are not worth comparing with the glory that is to be revealed to us. For the creation waits with eager longing for the revealing of the sons of God. For the creation was subjected to futility, not willingly, but because of him who subjected it, in hope that the creation itself will be set free from its bondage to corruption and obtain the freedom of the glory of the children of God.  For we know that the whole creation has been groaning together in the pains of childbirth until now.  And not only the creation, but we ourselves, who have the firstfruits of the Spirit, groan inwardly as we wait eagerly for adoption as sons, the redemption of our bodies.  For in this hope we were saved. Now hope that is seen is not hope. For who hopes for what he sees?  But if we hope for what we do not see, we wait for it with patience.” 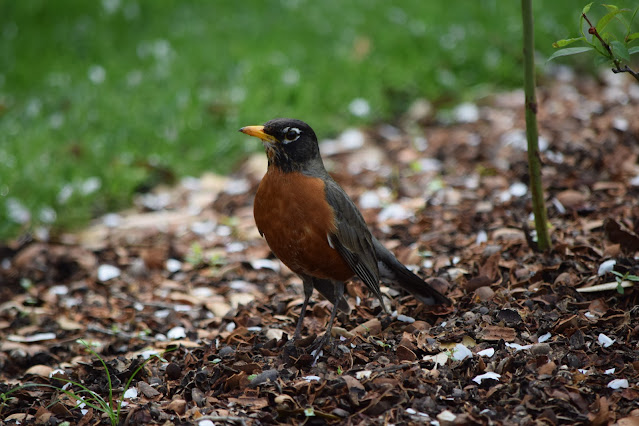 Early in 2012, one of the first new friends blogging brought me lost her fourth child in miscarriage. It was not unexpected; the doctor had told her it was imminent. That was not a great comfort in the physical and emotional pain.

Ever since reading the bad news of the coming loss, I had been praying for her and for her family. On the day it arrived, I wept for her from far away and prayed again. As I prayed, I felt two ideas with certainty: there would be another child for her, and I needed to act out that hope for her until she was able to hope again. “A sacrament of hope,” I thought. “What a silly idea. Or is it?”

The church of my childhood defined sacrament as “an outward and visible sign of an inward and invisible reality.” What outward and visible sign of hope befit this situation? How could I enact hope, as David did when he prepared for the temple he wasn’t permitted to build, as he did when he composed a psalm for the dedication of said temple before ever the foundations were laid (Psalm 30), as Joseph did when he issued instructions for future generations to carry his bones back to Israel when the Lord restored them to the land of promise?

Nothing so grand lay in my purview, but I could make a baby blanket. I chose a pattern, made notes of the yardage and weight of yarn needed, and invested valuable and scarce energy in driving myself to the yarn store. (It wasn’t far, but I was mostly homebound and rarely able to drive then.) The woman who assisted me with yarn selection looked at me like I’d lost my mind in shopping for yarn for a baby not yet conceived. No, I didn’t know the gender. No, I didn’t know the colors chosen for the nursery. This was a blanket of hope for my friend who’d lost her child. Maybe a few shades of green? That’s gender-neutral, right?

That very day, the day I learned of her loss, I started a baby blanket for the child that would come. That child, a son, is 8 years old.

When we started rescuing butterflies-in-training this summer, that same phrase came unbidden to my mind. We have endured so much loss the last two years, from surgeries to bereavement to pandemic isolation to social unrest to violence near and far. None of that can be fixed or undone, but it can and will be redeemed for those who are in Christ. In our own small way, Amore and I are acting out the hope of redemption, resurrection, and restoration by rescuing 17 caterpillars from wasps, protecting and feeding them through the stages of their transformation, and releasing them as gently as we can into this rebellious and broken world. My heart finds this also a sacrament of hope. We are waiting on the last chrysalis, a queen, now, and the embers of my hope in the unseen, long-awaited consummation of history have been stoked into a glowing promise of rekindled flame.

Lord, revive our flagging hope that Your promises are sure. Resurrect dead hopes if they originated in You. Fill is with Your Spirit of hope that we might walk daily in eager expectation of Your good promises becoming reality. Show us what actions best adorn and enact the hope in our hearts. Come soon, Lord Jesus. Amen.