For the backstory, please see the post, "Courage, Dear Heart!" This post includes many photos, so e-mail readers may prefer to view the Web version of Skagway {Lone Star to Last Frontier, 2015}.

On my family's Alaska cruise almost a year ago now, our third port of call was a Klondike Gold Rush town called Skagway. 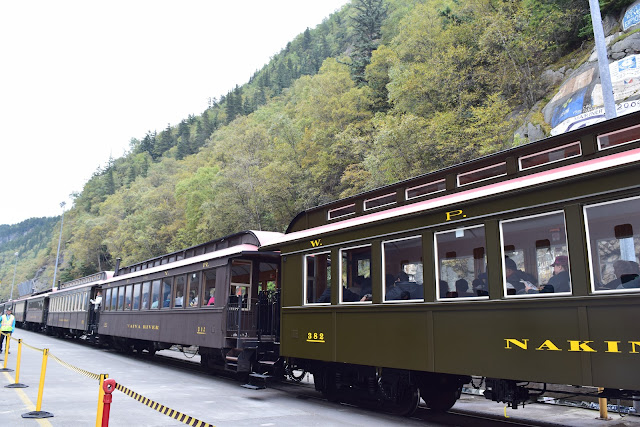 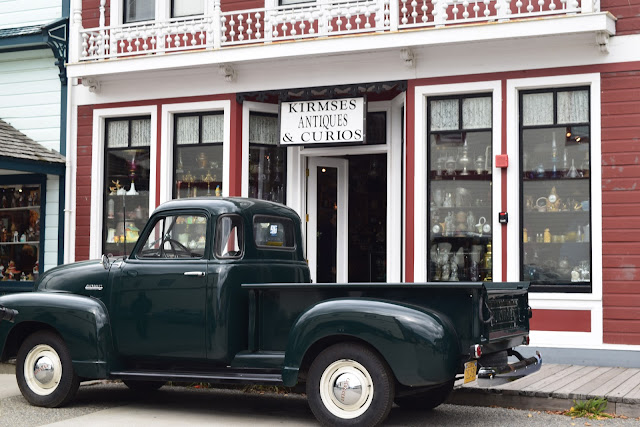 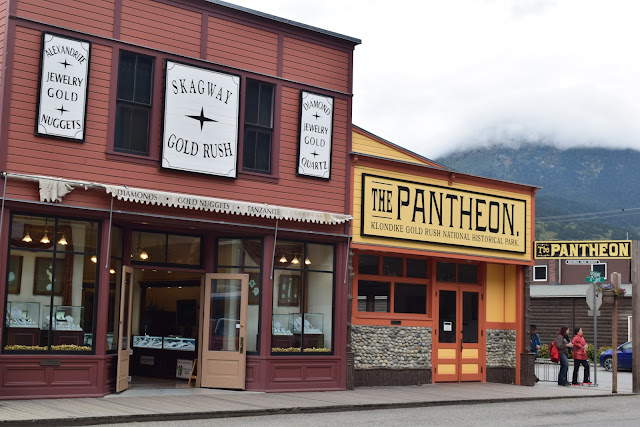 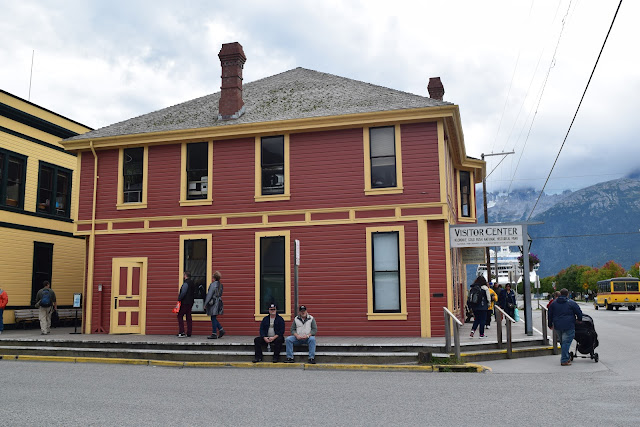 The Klondike Gold Rush failed to pan out in the way the Yukon Gold Rush did, but that didn't stop hundreds of men from moving across the country to try to strike it rich. They were not allowed to leave Skagway for the rumored gold reserves unless they purchased the ton of goods needed just to survive long enough to get out there, make the attempt, and get back to restock their provisions. In case you're wondering, that did mean a literal ton, as in 2,000 pounds. 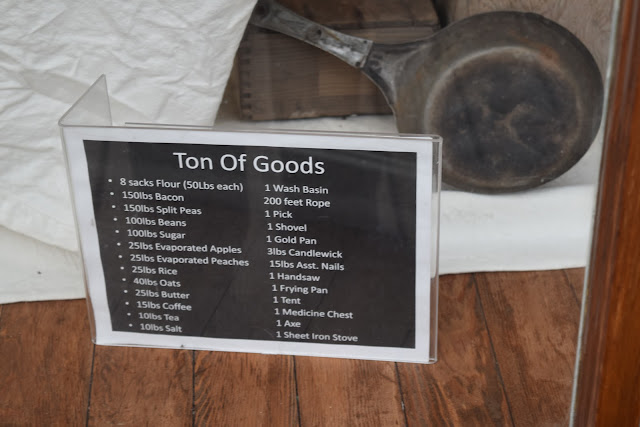 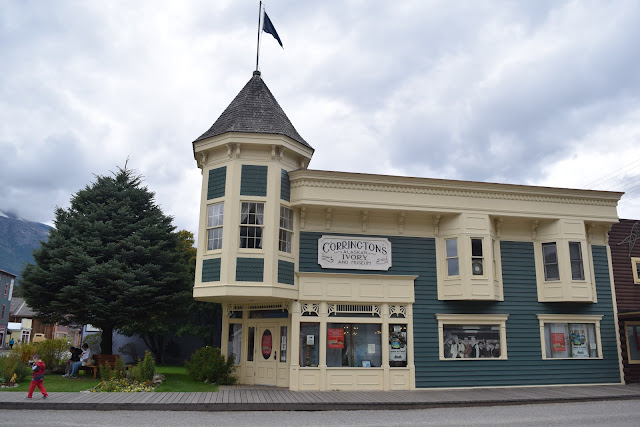 In the morning, Dad and Amore took a guided bicycle ride on the Chilkoot Trail while Mom and I caught our breath back on the ship.

In the afternoon, a bus carried us the length of the Alaskan portion of the Klondike Highway, roughly parallel to the path the prospectors would have taken.


We stopped at one point to watch the restored train cross over a waterfall. 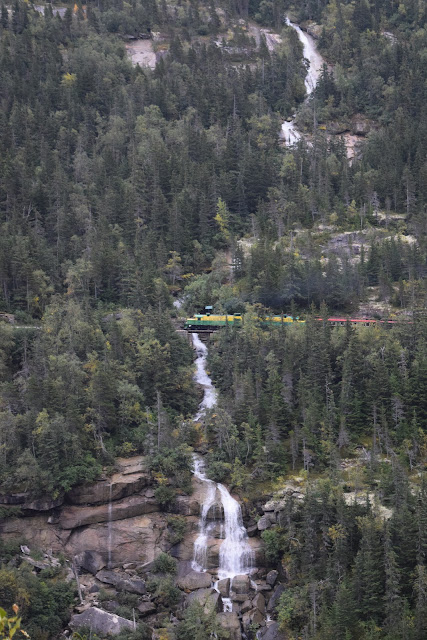 We rose above the treeline, where the tundra had an other-worldly look, especially in the heavy mist that day. The turquoise water indicated it was glacial melt. 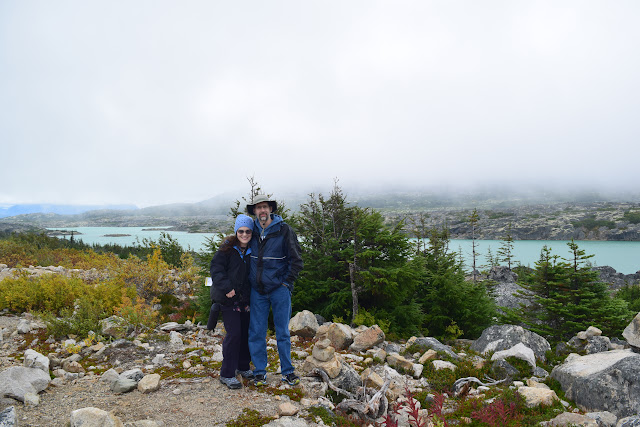 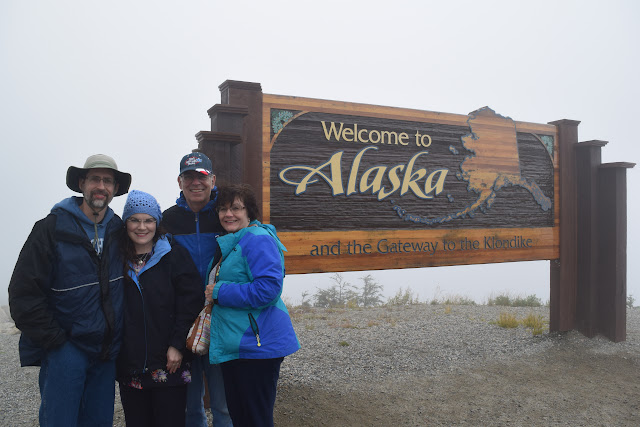 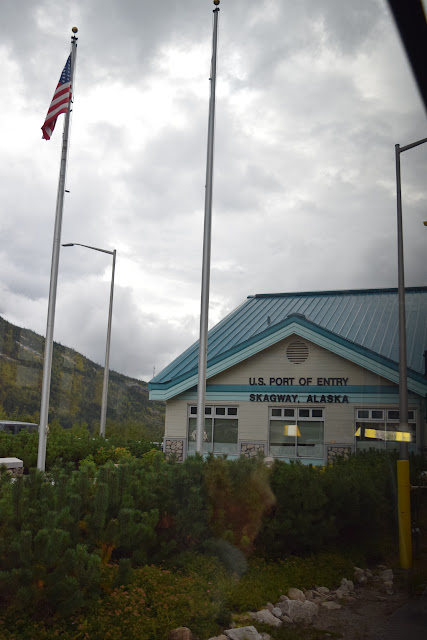 For a few miles, we were technically, politically, neither in Canada or the U.S. The official ports of entry were at one time adjacent, but the U.S. border checkpoint was moved down the mountain a bit, back into Alaska, to keep it accessible during more of the winter.

After that bus tour, we walked through the lovely Jewell Gardens and Glass in the rain. 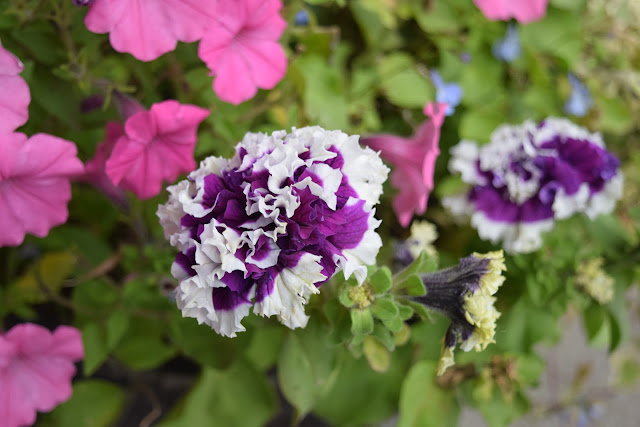 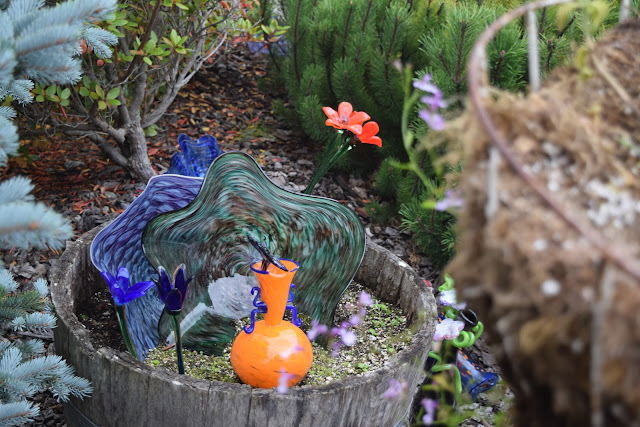 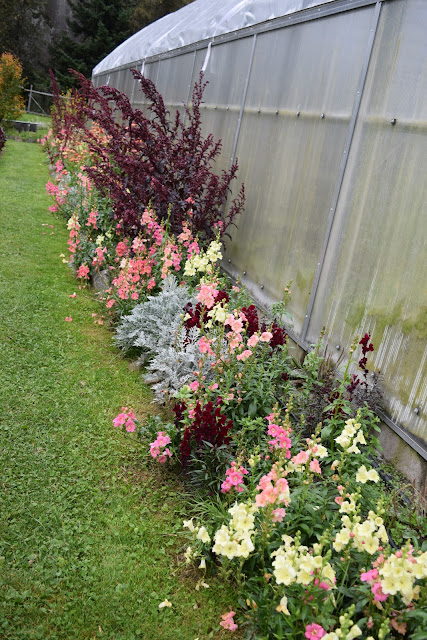 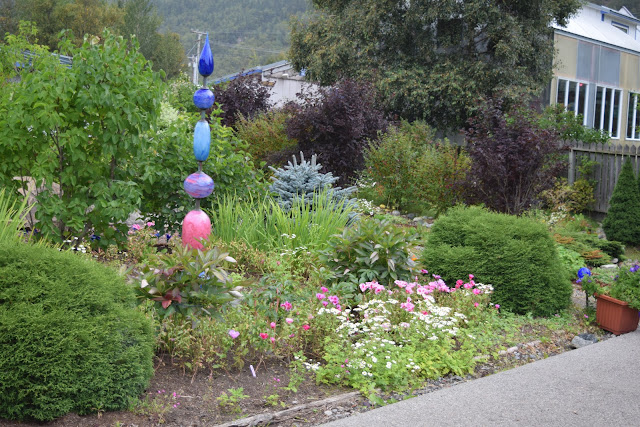 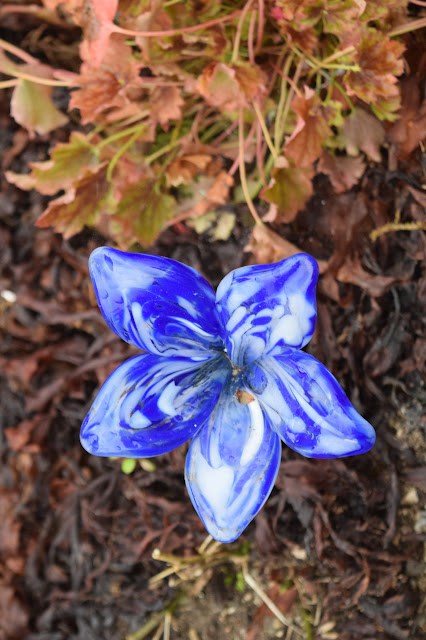 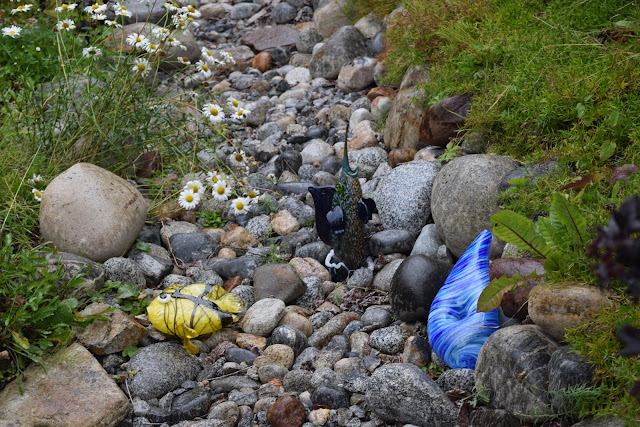 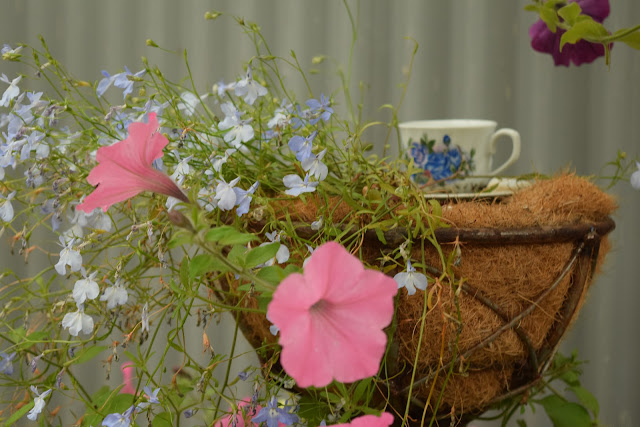 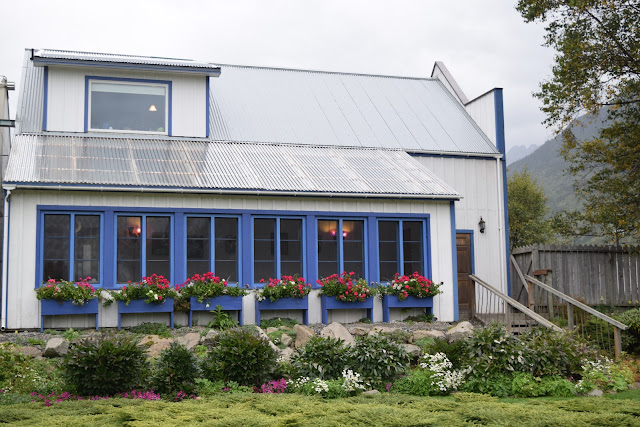 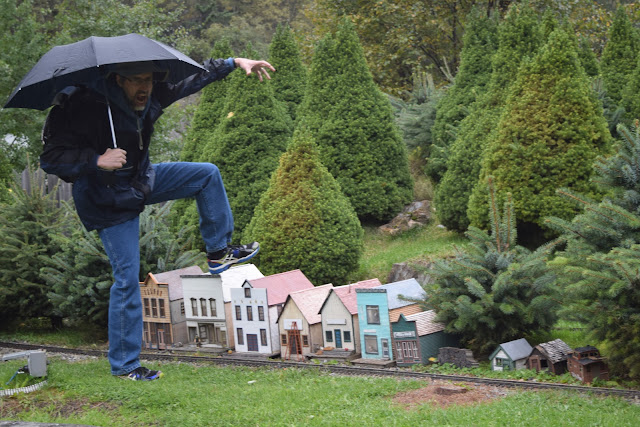 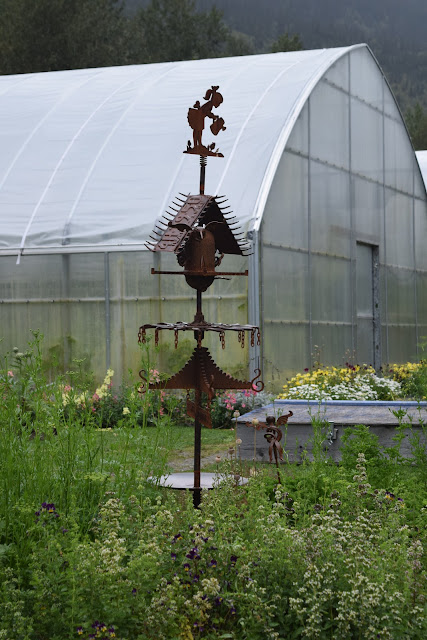 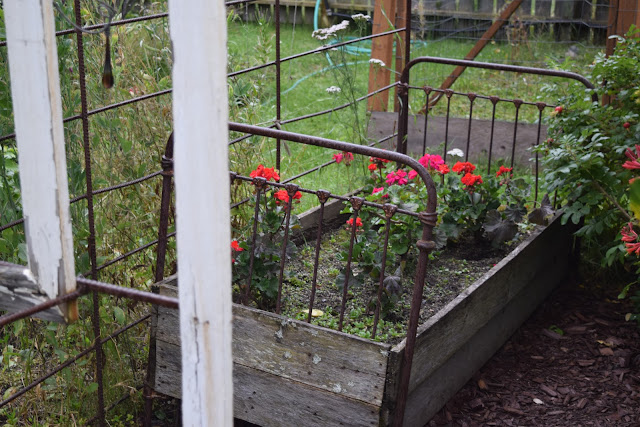 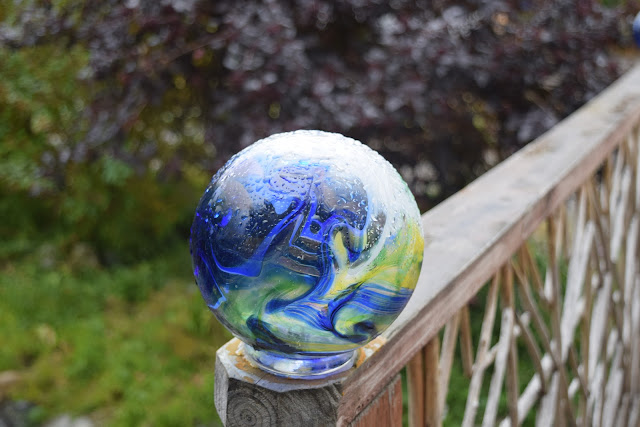 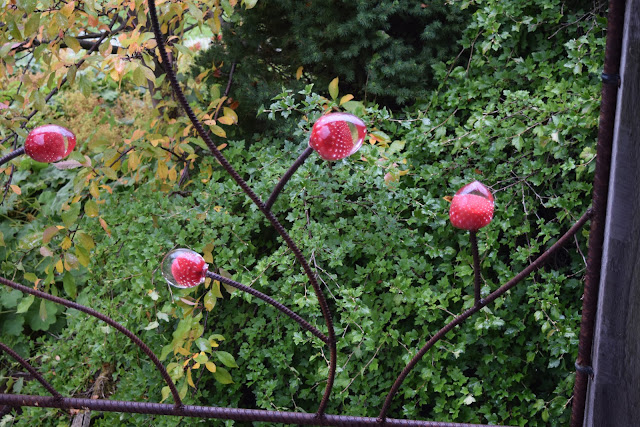 Another bus carried us back to the dock and Mount Harding in the distance, and we bid Skagway farewell. 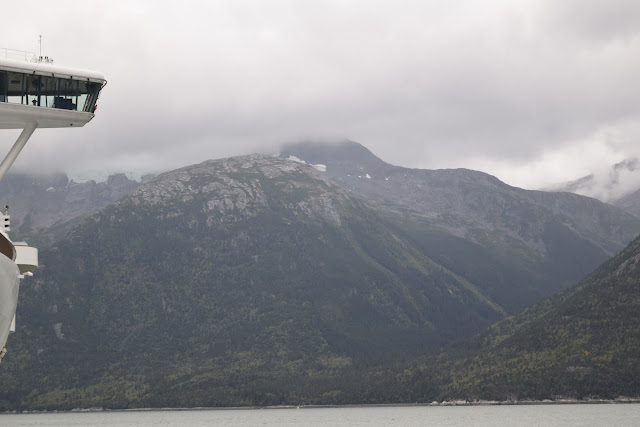 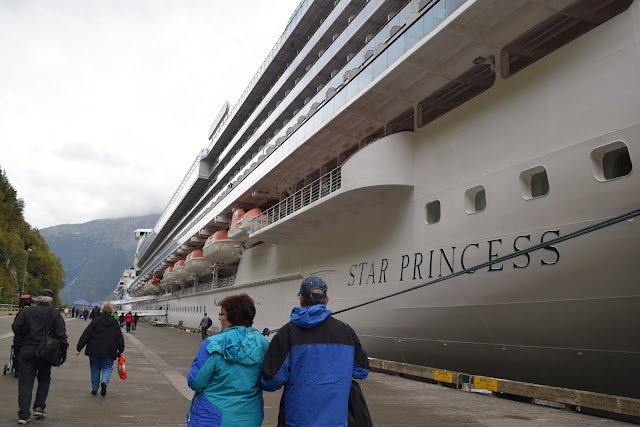