For the backstory, please see the post, "Courage, Dear Heart!" This post includes many photos, so e-mail readers may prefer to view the Web version of Glacier Bay and College Fjord {Lone Star to Last Frontier, 2015}.

After our day in Skagway, our ship spent two days in two different areas of Glacier Bay. The mist hung like a heavy comforter over the mountains and compressed ice. While we were disappointed that this prevented sightings of the wildlife common in this wilderness area, we marveled at the blue glow of the glaciers in the dim light and the uncanny hush of Glacier Bay and College Fjord (where all the glaciers have Ivy League names). The only interruption to the silence was the occasional loud crack, like the report of a gun, when a glacier calved, and the splash which followed as the iceberg fell into the water. While many of the glaciers we saw were receding, at least two were advancing, building in mass and extending farther into the waters of the bay.

Here is a glimpse of the first day at sea, in Glacier Bay: 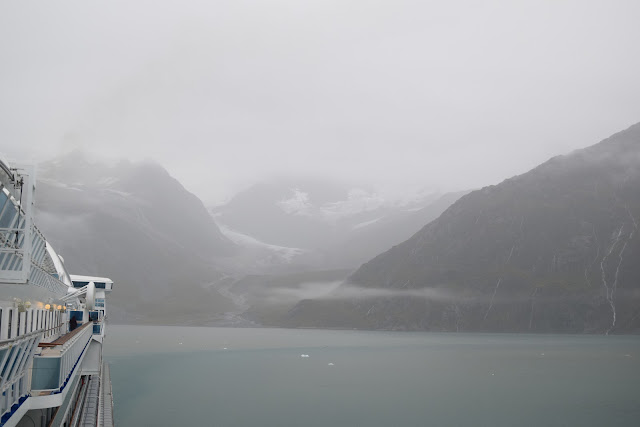 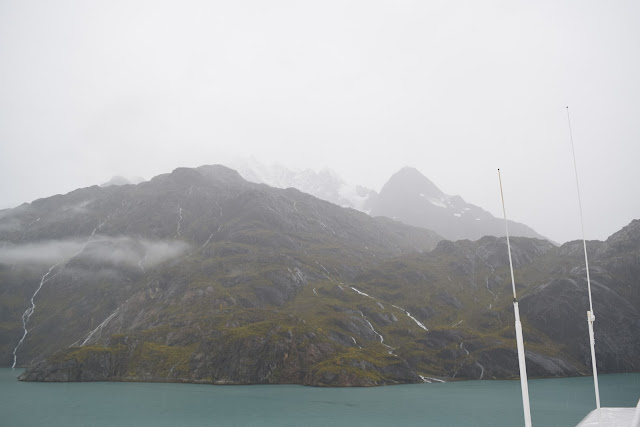 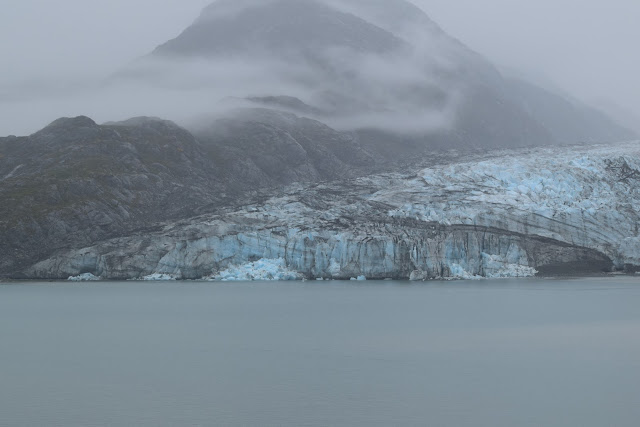 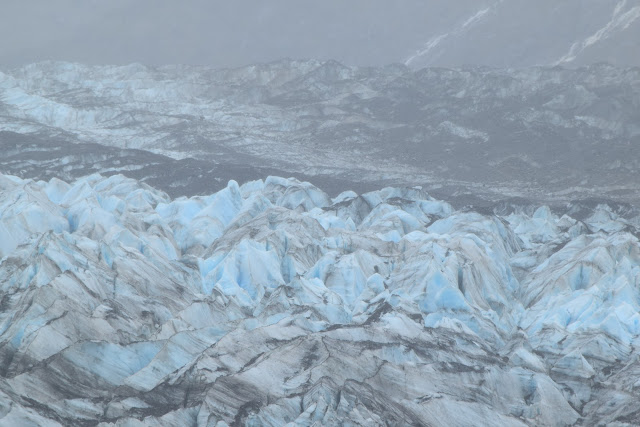 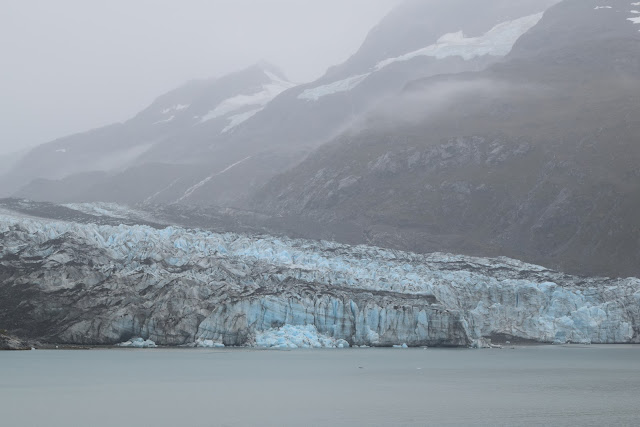 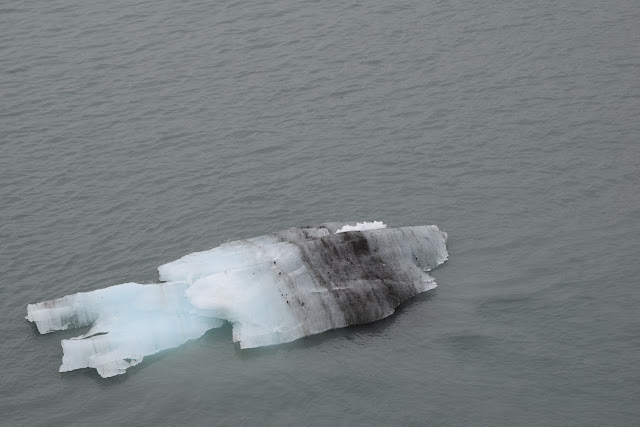 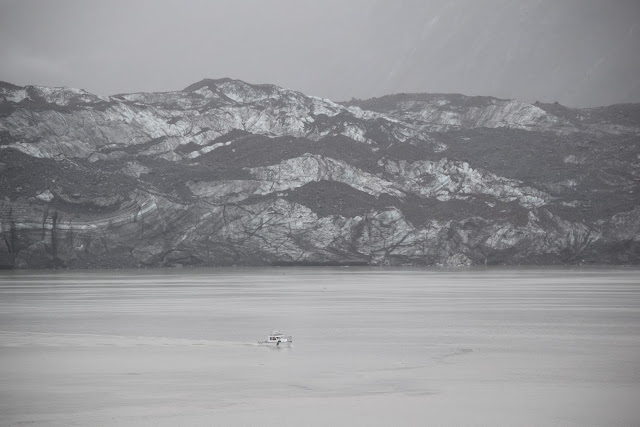 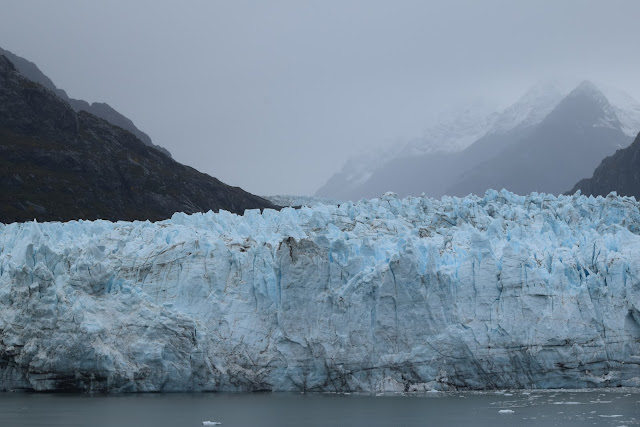 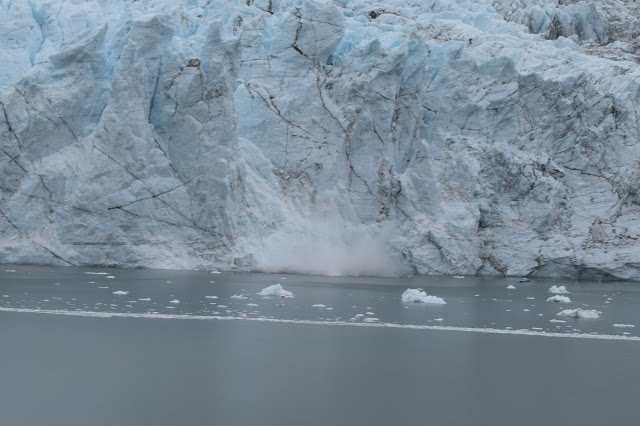 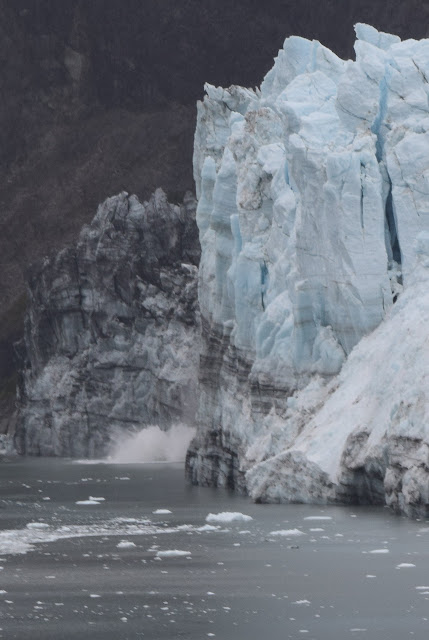 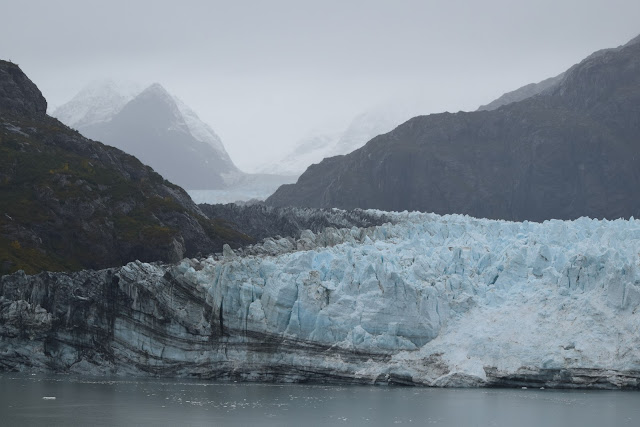 The second day we floated through College Fjord, which I liked even better than the first. The park rangers who provided audio instruction told us that Harvard alumni are very quick to point out that Harvard Glacier is advancing, but Yale is receding. Only Princeton is not represented in the fjord, since none of the scientists on the original exploration and naming expedition were educated there. 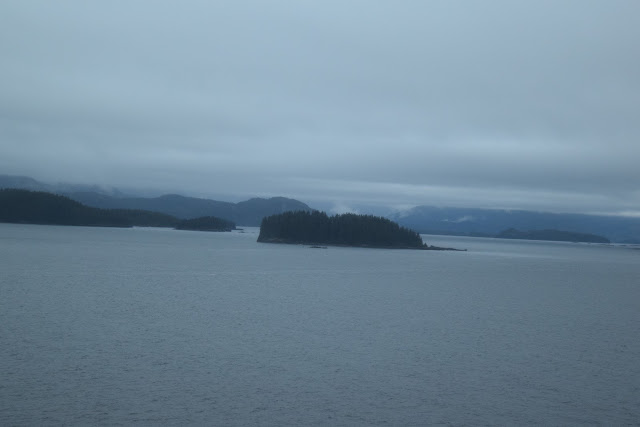 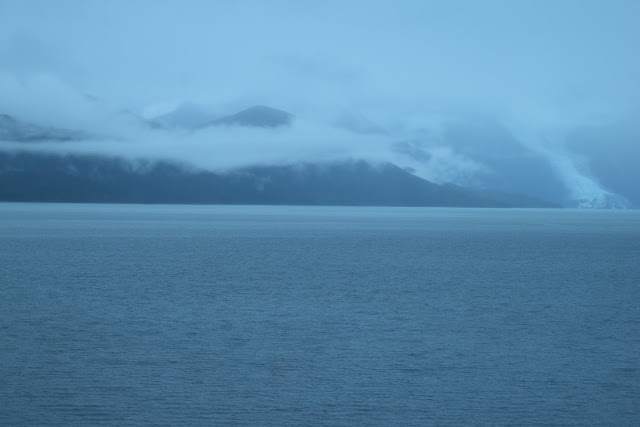 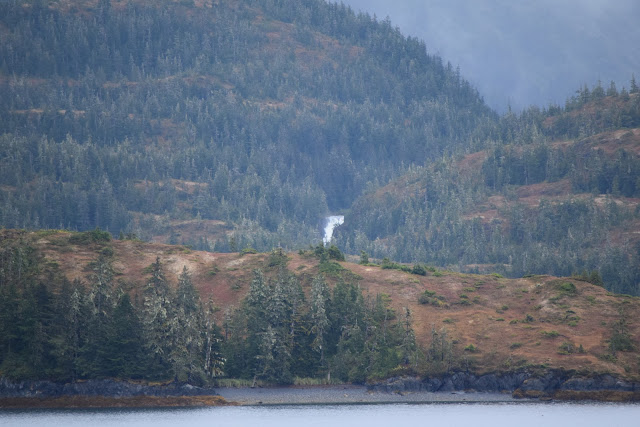 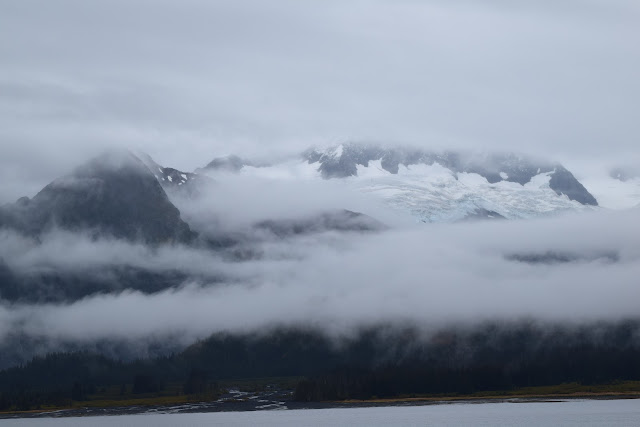 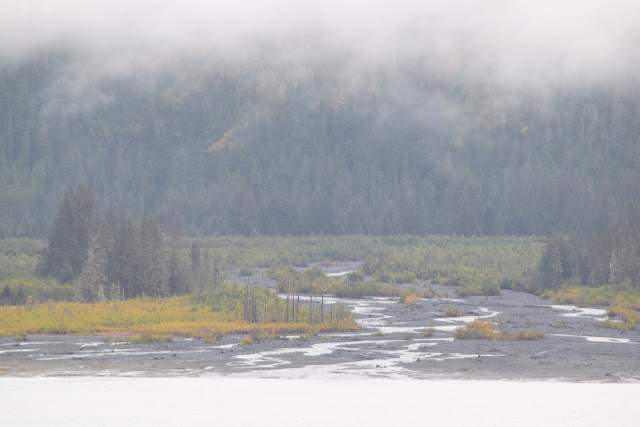 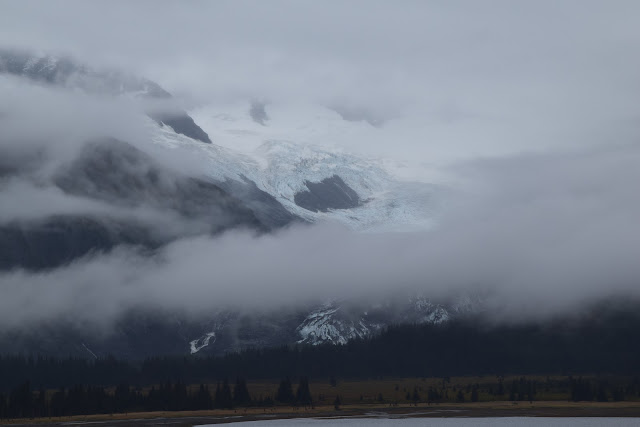 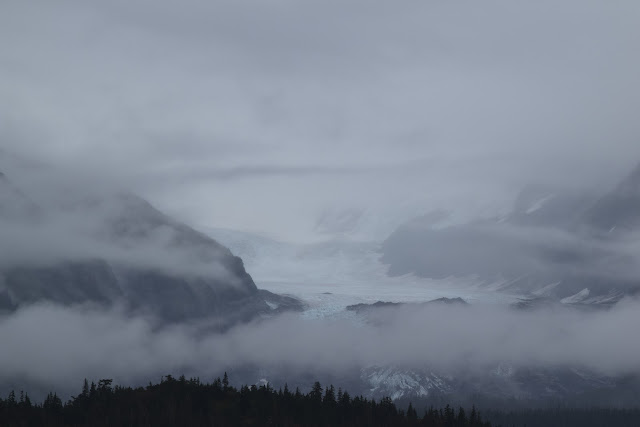 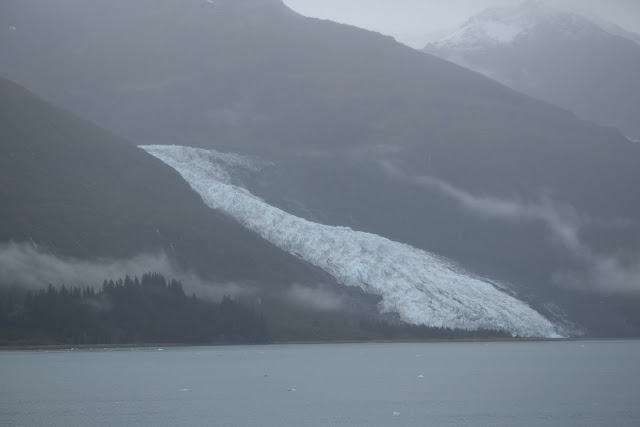 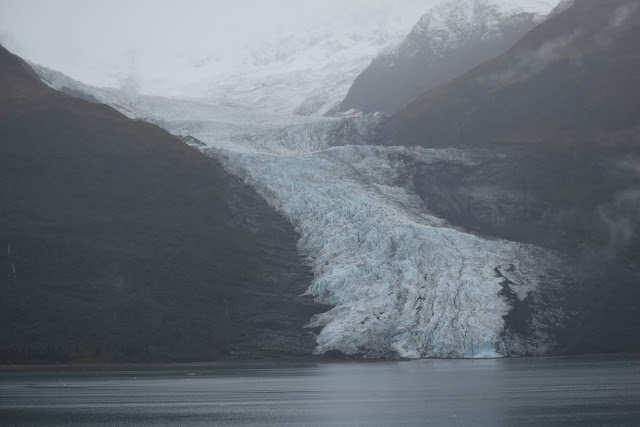 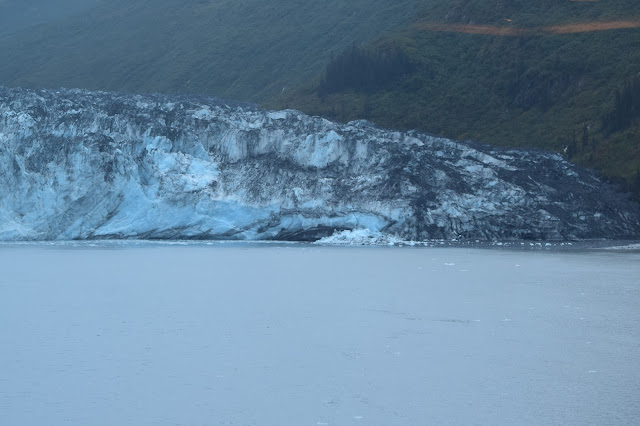 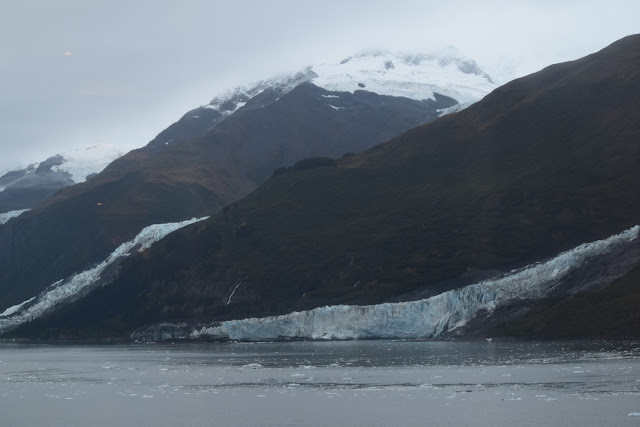 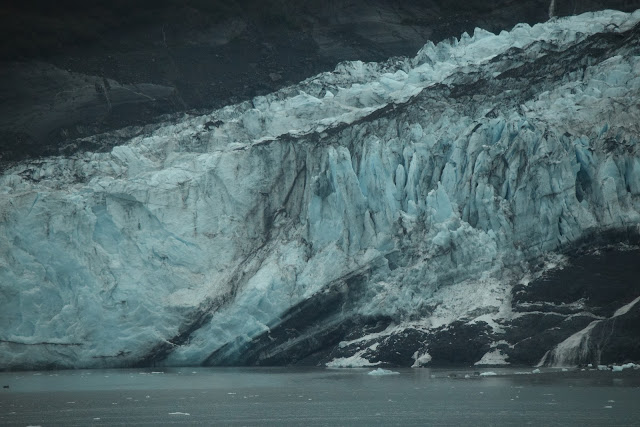 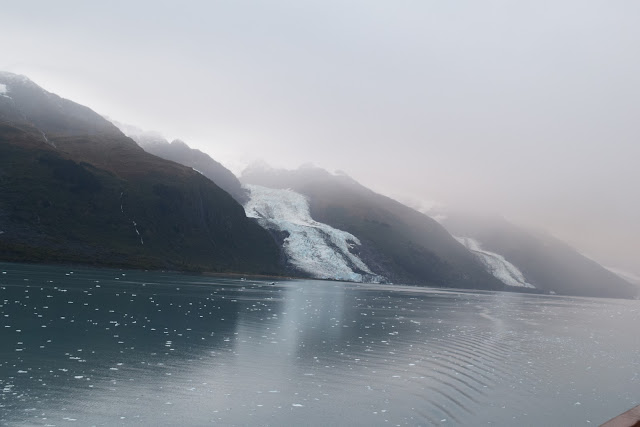 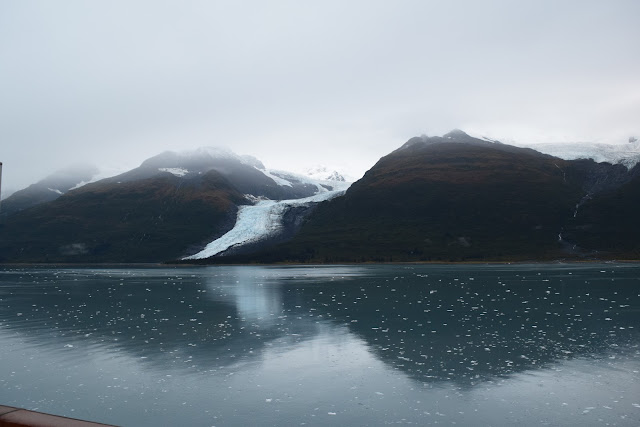 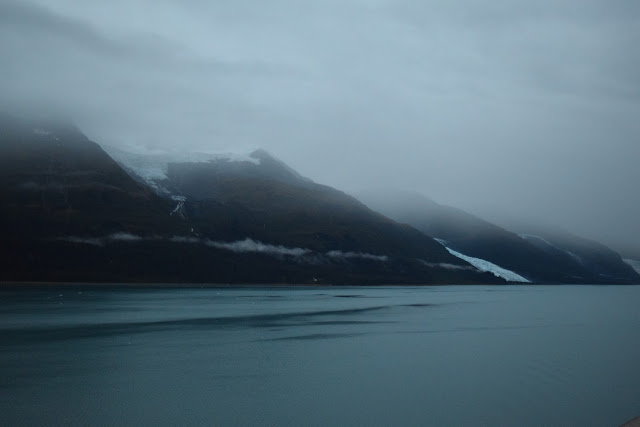