Fifteen years ago today, September 11, 2001, was a completely, utterly normal day for Amore and me in Bangkok, Thailand, where we then lived. We went to language school as usual, ate spicy Thai food for lunch at the cafeteria there as usual, rode, probably standing, the Sky Train and bus home to our apartment as usual. We stopped at a lower floor to eat supper at the cafe in our building before boarding the elevator to the 25th floor of the second tower in our complex. What did we do that evening? I don't remember. We probably read or wrote e-mails before going to bed around 9, oblivious to the fact that life back home in the United States was at that moment experiencing a crisis that would shape the coming decades (or more) of our history. The country we returned to would be radically different from the one we'd left, even more than we could have imagined when we embarked for the mission field.

We went to bed and slept peacefully in anticipation of our Wednesday off from language school. We slept peacefully because Bangkok was 12 hours ahead of the east coast of the United States. The North Tower of the World Trade Center had been struck only minutes before our bedtime. The other planes had not struck their targets yet, and neither WTC tower had fallen. We had only turned on the television two or three times in our 8 months in Thailand, for the Presidential inauguration and perhaps a soccer match and a classic movie. We were not in the habit of watching CNN or BBC World for English-language news.


On Wednesday morning before 7:30, our apartment phone rang. This usually meant a call from family after my parents were home from work. That was uncommon but not so much so as to cause alarm. They knew it was our day off and called every month or so.

Amore was in the shower, so I answered the phone to hear my dad's voice. He didn't sound right and said he had something to tell us. Then he started his story (by this time knowing all the targets hit and having a fuller understanding of the human cost), and I wasn't keeping up. I thought my attention had lapsed, and I'd missed the sentence where he said this was a movie they'd seen the weekend before. Maybe something with Bruce Willis. I might have even said, "Hold on a minute. What movie was this again? I missed something."

"It's not a movie. This is what just happened in New York City and Washington, D.C.."

I found paper and something to write with and started taking notes--because that's how I process information--as he started his story over again, more slowly. It was still just too much to take in.

Amore came into the room and asked if it was my parents. I nodded and motioned for him to turn on the TV. He looked at me like I was crazy. I turned away from the receiver and told him, "Too much to explain. Just turn on the news." 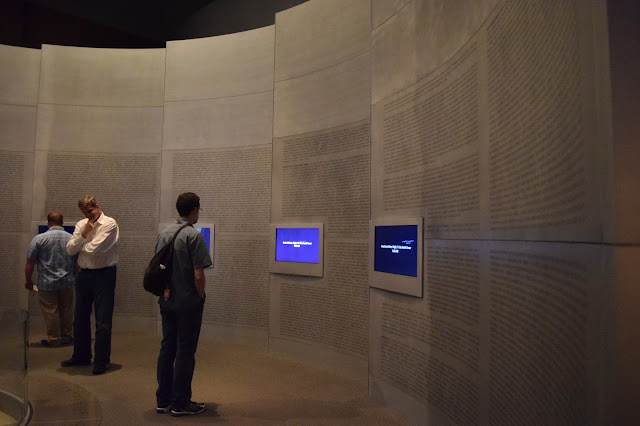 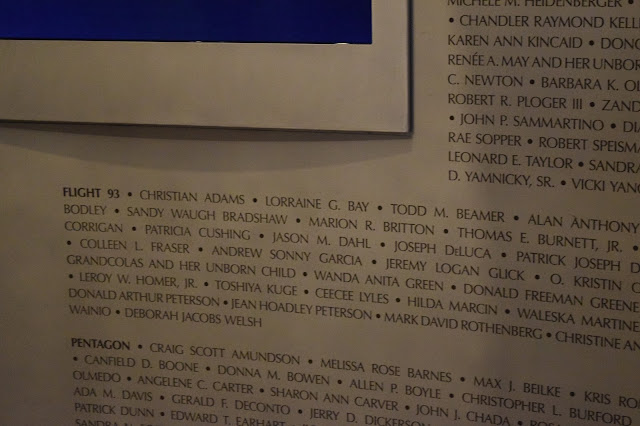 The rest of the conversation with the family included assurances they were all okay. Mezzo was in Germany at the time. Since her time zone was closer to theirs, I think they had already spoken with her before calling us. Otherwise, I don't know how we concluded the call before the farewells and exchanged love.

While I was on the phone and Amore was glued to the television, our house helper Dtoh came in. Her family did watch the evening news, and she had fretted ever since that she would come to work and have to be the one to try and communicate the news to us across a language barrier. Having no knowledge of U.S. geography, she also worried that New York and Washington were close to Texas and our families had been harmed.

The television was on much of the rest of the day. There may have been a couple of other phone calls from the States. For me, that was the loneliest day of our year in Bangkok. When tragedy strikes, my natural instinct is to circle the wagons. Being present to and with family doesn't change anything about sad events, but it always feels like the right place to be.

We muddled through the rest of the day somehow and got up and out the door to language school on Thursday. The sun was shining; the sky was blue. The women at the food stands blared their radios, as usual. Street dogs wandered around, scavenging for scraps of food, as usual. Cars and motorcycles filled the busy street, sometimes using the lane markers as extra lanes, as usual.

We prayed and grieved and wept. We gratefully accepted the sympathy and condolences of our language teachers and the international mix of church members present at service and breakfast the following Sunday. We watched the State of the Union address and listened for stories of God's grace in the midst of the tragedy. We shared the admiration of our homeland for the many, many heroes of 9/11 and prayed for the survivors and bereaved. 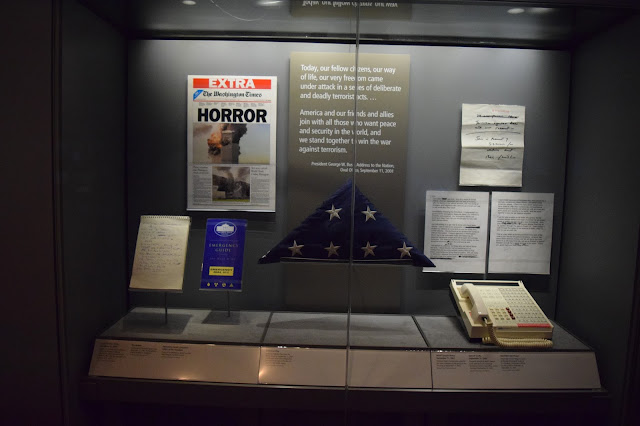 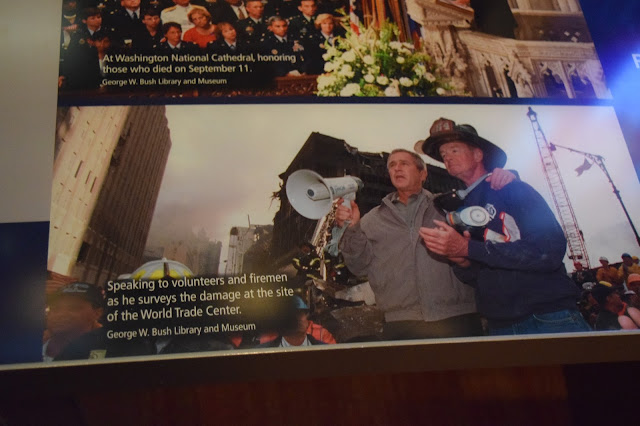 Word reached us weeks later of a special gathering at the U.S. Embassy in honor of a national holiday. I suppose Veteran's Day is the most likely. Ordinarily we would not have gone, but after 9/11 it felt essential to be with other Americans, even though we wouldn't know any of them. We left school early, dressed in our best clothes, and took a taxi to the Embassy. We could hardly see the fence because of the stacks of flowers, cards, and stuffed animals the lovely Thai people had left there in sympathy. There was even a sort of guest book like one would have at a wedding, and it was rapidly filling with kind wishes from the local people.

Once we were cleared by security and inside the grounds, we found our way to a temporary pavilion filled with folding chairs and a podium up front. It was a larger version of the same kind of dark pavilion under which we sat at my grandparents' graveside services. The ambassador and other officials made their customary speeches and announcements for the holiday in question, but they also made a special point to remember those who had lost their lives in 9/11.

What I remember most about that gathering, however, was the singing. Hands over our hearts, we sang "The Star-Spangled Banner" in front of the flag. Then, which may not have been planned in advance, someone started "God Bless America." We continued to "America the Beautiful." After all these years, I probably have the order wrong, but I remember the songs and the comfort it gave to sing patriotic songs and prayers among other expatriates, the first group of Americans we'd encountered since the tragic events of that beautiful September Tuesday when U.S. history changed in lasting ways.

This day is not about me, of course, but it is a day haunted by memories for Americans. Whether we personally know people who laid down their lives or not, we all experienced loss that day. Previous generations have their stories of where they were when they heard the news of Pearl Harbor or the Kennedy assassination or both. September 11 is my generation's day of infamy and courage, so far, at least. We have not told our "where-were-you" story in writing or on the blog before, but it seems right to share it now.

On this fifteenth anniversary of 9/11, my prayers go out to those who lost dear family members and friends that day. May the Lord comfort you in the grief that will never truly leave. To the surviving first-responders, thank you for your sacrifice and heroic example. May the Lord help you as you grieve and give you all the help, provision, and wisdom you need for the health and emotional problems caused by the horrible things you faced that day. May your families receive all the help and patience they need to love you well. To the surviving members of the terror cell, may you come to know the forgiveness and cleansing only the Lord Jesus Christ can give.

"O beautiful for heroes proved In liberating strife,
Who more than self their country loved,
And mercy more than life!
America! America! May God thy gold refine
Till all success be nobleness,
And ev’ry gain divine!" (Katherine Lee Bates, "America the Beautiful").


**all photos from the somber 9/11 memorial exhibit at the George W. Bush Presidential Library on the campus of Southern Methodist University
Posted by tinuviel at 7:46 AM