And he said, “O man greatly loved, fear not, peace be with you; be strong and of good courage.” And as he spoke to me, I was strengthened and said, “Let my lord speak, for you have strengthened me.”
(Daniel 10:19, ESV)

"But you, take courage! Do not let your hands be weak, for your work shall be rewarded."
(2 Chronicles 15:7 ESV) 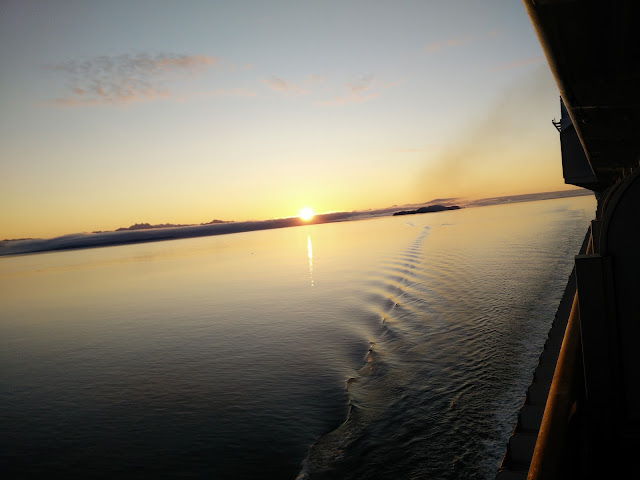 {Spoiler alert applies to the following.}

In The Voyage of the Dawn Treader, near the middle* of The Chronicles of Narnia series, Caspian, Reepicheep, Lucy, Edmund, Eustace Clarence Scrubb, and the rest of the crew sail east toward the end of the Narnian world on a ship called Dawn Treader. Their journey takes them to many islands, rescuing or at least discovering the fates of many lost Narnian lords along the way and having a boatload of adventures as varied and curious as those of Odysseus. It includes several vivid and memorable vignettes, notably the dragoning and undragoning of a certain hard-to-like character and the fulfillment of a valiant mouse's lifelong desire. Although its episodic character prevents it from being my favorite of the Narnian stories, one brief portion took on sweet personal meaning for me a few months ago, and you will need this glimpse as background for an upcoming post.

Perhaps the most frightening island they encounter, described in chapter 12, is called the Dark Island: an island where dreams--all sorts of dreams, not just the happy ones--come true and where the darkness is so intense and palpable that it quenches all light.

That combination of intense darkness and horrific dreams begins to drive the crew mad, and no matter how long or hard they row, they make no apparent progress whatsoever in escaping this desperate place.

As despair sets in, Lucy whispers a call for help from the only source she knows for such a need:

"Aslan, Aslan, if ever you loved us at all, send us help now." The darkness did not grow any less, but she began to feel a little--a very, very little--better....
"Look!" cried Rynelf's voice hoarsely from the bows. There was a tiny speck of light ahead, and while they watched, a broad beam of light fell from it upon the ship. It did not alter the surrounding darkness, but the whole ship was lit up as if by searchlight....
"Lucy looked along the beam and presently saw something in it. At first it looked like a cross, then it looked like an aeroplane, then it looked like a kite, and at last with a whirring of wings it was right overhead and was an albatross. It circled three times round the mast and then perched for an instant on the crest of the gilded dragon at the prow. It called out in a strong sweet voice what seemed to be words though no one understood them. After that it spread its wings, rose, and began to fly slowly ahead, bearing a little to starboard. ...no one except Lucy knew that as it circled the mast it had whispered to her, "Courage, dear heart," and the voice, she felt sure, was Aslan's, and with the voice a delicious smell breathed in her face (350-351, The Complete Chronicles of Narnia).


The crew follows the albatross without dispute. Gradually the darkness lightens and they escape to continue their adventure. If Lucy were a real girl who had come through this trial, I wonder if she would have entirely regretted it or been glad afterward of that great need that gave her a sweet and calming encounter with her beloved Aslan.

----------
*It's either the third or fifth, depending on whether one counts according to order of publication or order of narrative chronology. The book links here are affiliate links.
Posted by tinuviel at 4:00 PM