When 2014 was new, my parents told Amore and me that they wanted to take each of their daughters on a special trip. Terza’s family had chosen Walt Disney World, since Rocky and the Thunder Twins were just old enough to appreciate it, so we needed to consider where we’d like to go.

Amore was excited, but then I suspect he secretly keeps a packed carry-on and passport in the back of his office closet “just in case.” (You can take the boy out of the mission field, but you can’t take the mission field out of the boy.) I, on the other hand, was mostly panicked. Those who have followed my travel attempts since 2010 can understand why, in my rheumatologist’s words, I might “seem to have a little travel-related post-traumatic stress going on here.”

But this was important to the three other people involved, which made it important to me, and my rational self knew it was a once-in-a-lifetime opportunity. Amore immediately started researching the most exotic, rugged wilderness locations in North America. After burying my head in the sand a while, I asked a well-traveled friend for suggestions we could all 4 enjoy. Based on an extended family vacation of her own, she recommended an Alaskan cruise. With a balcony room, beautiful scenery would be accessible from our own cabin for anyone who needed to stay and rest, but the wide range of excursion options would accommodate more active inclinations too.

We booked passage for the May 2015, made airline reservations, renewed passports, and began thinking through what we had and what we lacked for the trip. My doctors all approved, but as the journey approached and tasks began to be checked off our list, my anxiety only increased. When unforeseen circumstances postponed our journey until September, the delay only worsened the worry cycle. 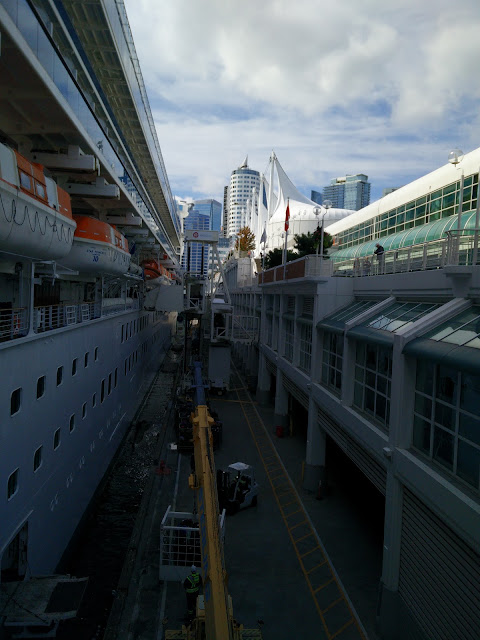 Three times in 2 months we planned to visit Amore’s family a couple of hundred miles away; my health or pain level postponed the visit twice, and the third time he went without me. How would I manage a couple of thousand miles away, and outside the lower 48 states, no less? Yet I was ashamed and lonely in my anxiety, chastising myself for ingratitude.

In addition, several ongoing situations left me worried about being out of touch with the home front for 2 weeks. Besides that, we’d never left the Ebony Dog or Wits’ End for that long; the last time we were away from home for 15 days was for a mission trip to Southeast Asia in 2000, before those trials had arisen, when all we had was a 1 bedroom apartment of borrowed furniture, and my dog Steinway was already in the care of my parents, in preparation for our imminent overseas move. At that time I was running 4 to 6 miles a day and only had one chronic illness, which we knew how to manage and did not pose a difficulty with travel.

The final months before the cruise included emergencies in every single area of concern, and some I hadn’t thought to worry about. None of them caused lasting or life-changing harm, but they only fueled my fears. My good ankle swelled up without any inciting trauma, resulting in the same diagnosis the other ankle has had for 3 years. Both my sisters and a brother-in-law moved and changed jobs. My mother and I both suffered painful falls. A nephew had a swimming accident that was 20 underwater seconds away from tragedy. (He’s fine, and it was astonishingly, graciously minor in hindsight, after the initial, fraught 48 hours.) Even though being home didn’t prevent any of them, it felt more right to be with hurting family members in person and by phone, to take Ebony to the vet myself for his first-ever back problem and work out the needed behavior modifications, and to be able to check the back garden morning and evening after the watering timer broke and turned the lawn into a swamp. I feared being out of touch for 2 weeks and returning to find those I love had been suffering without me even knowing how to pray. Sometimes a vivid imagination can be a blessing, but where worry is concerned, it’s definitely a liability.

This is not a how-to-beat-anxiety post, in the event you’re still reading and hadn’t figured that out yet. If anything, it’s a how-I-was-anxious-and-the-Lord-rescued-me-in-spite-of-myself post. God-sized challenges, some much bigger than a cruise, have not stopped since our return, and I need to remember how He got me through this one as a means of grace to (please, Lord) get from fear to faith sooner next time. 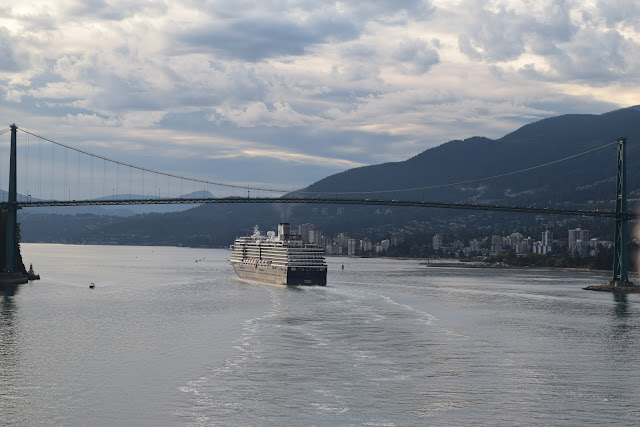 There’s my Ebenezer, Crumbles, my "Thus far the Lord has helped me." If you who are reading this feel anxious today, I pray God meets you through these words, if only to let you know that you aren’t alone in your fear and that He is big enough for your need.

May He give you grace and strength to recollect the need of talking to yourself, repent of giving fear its head, remember His ways and works, request help in prayer, respond with resolve and obedient trust, and rally your soul with the cry, "Courage, dear heart!"

In the next several posts, I look forward to sharing with you what God did on this journey last September and what I would have missed if He had not pulled me out of the paralysis of anxiety into obedience, whatever the outcome.