Last weekend I came upon this essay, written around the time in 2001 when we decided the Lord was using my illness to bring us back to the United States to get the needed treatment. It encouraged me, so I prayerfully share it with you, despite its length. Grace and peace to you in Christ Jesus, crumbles.


As it has become increasingly evident that the illness I have developed in Thailand will not be resolved here, we (Allen and I) have engaged in several conversations in various contexts about God’s power to heal. We firmly believe that God still can and does heal supernaturally, even apart from medical means. Granted, that does not seem to be the norm, especially in America, but seems more common in developing countries where needy people have much less access to medical care.

Even so, He has not chosen to heal me of this illness at this time, with or without natural means as His instrument, and now that illness is bringing us home from the foreign mission field, probably permanently. Have we not prayed? Of course we have. We have also been supported in prayer by many believers in many nations and from all walks of life, ranging from our Thai maid to our elders in Texas to the archbishop of the Anglican province of Southeast Asia. Missionaries and church leaders have laid hands on me to pray for God’s healing touch, but the illness has marched on unphased and so far eluding conclusive diagnosis.

Have we not faith? Only the Lord knows our hearts, but in all sincerity we believe that He has given us faith for my healing, if that be His will.

Perhaps this is spiritual warfare, Satan’s attempt to interfere with God’s work in Asia by bringing us home? Quite possibly, since Satan was instrumental in both Job’s afflictions and Paul’s thorn in the flesh. Nonetheless, he cannot touch a hair on my head without my Daddy’s permission, and he must withdraw the moment God commands it. Moreover, he cannot hinder God’s work here simply by bringing us home; in fact, this experience serves to remind us as missionaries that we are dispensable. God accomplishes His purposes in spite of us, not because of us, and He certainly does not need us as instruments. Rather, He condescends to use such dust people as we are so that all the world may see that the great power must be His alone (2 Cor 4:7).

The implication in many of our conversations about the cause of my illness and the possibility of God’s supernatural healing has been that as a missionary, as a professional minister of the gospel, I should have more reason to expect that than the average rank-and-file believer. After all, I have to be healthy to do the job I’ve been given to do, right? Actually, the opposite seems to be true.

Looking beyond my own illness to the broader issue of God’s healing and His servants, it becomes apparent how often biblically and historically those who had been instruments of others’ healing did not experience the same healing power of God for their own illnesses. Elisha died from an illness he contracted, though God had used him for the healing of many. Paul received a “no,” in no uncertain terms, after 3 prayers for his own healing. Timothy had some sort of digestive problem demanding medicinal use of wine. Epaphroditus was sent home to the Philippians after a near-fatal illness at Paul’s side in ministry. Had these no faith, no favor with God? Yet they were all afflicted or even struck down by illness while in the throes of ministry. Even Christ on the cross faced taunts that, “He who saved others – Himself He cannot save!”

Historically, the record is no less auspicious: preachers Charles Spurgeon and Dwight L. Moody, missionaries Amy Carmichael and Lilias Trotter, hymnwriters Fanny Crosby and George Matheson, all suffered from chronic illness or disability. And that hardly touches the tip of the iceberg. Francis Schaeffer fought through the pain of cancer for the last 5 years of his life and ministry. Indeed, as one considers the vast proportion of God’s vocational ministers under some trial of long-term illness, Teresa of Avila’s cry comes to mind: “If this is the way You treat Your friends, no wonder You have so few!” 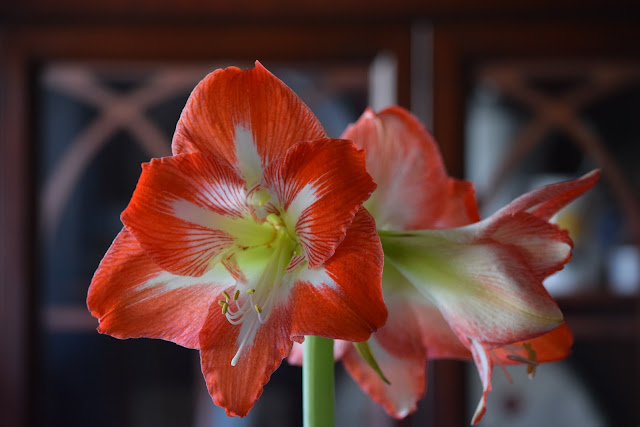 Why this special attention from God to give so very many of His most prominent servants (myself NOT included in that category!) a painful thorn to endure? Wouldn’t they, wouldn’t we, be more effective and productive in good health?

Not necessarily. But even if we grant that assumption, it overlooks that God’s work in us takes priority over His work through us. Primary in His purposes is to deal with pride in the human heart, the chief enemy to our intimacy with Him and the root of all other sins. Due to the undeserved and perhaps excessive lavishing of praise and applause on the ministers rather than the God who works through them, we ministry folks may have a heightened propensity to this sin compared to the rest of Adam’s seed (cp 2 Cor 12:7-10; Num 12). Even as insignificant as our little role as missionaries has been in the grand scheme of things, we receive constant bombardment with temptation and encouragement to believe that we ourselves are something. Thus, we find ourselves especially in need of the reminder that we are dust (humus in Latin, from which we get “humility”), wholly dependent on God’s inbreathing, indwelling Spirit. Illness serves as a constant lesson in the inadequacy of our natural human resources; a supernatural task requires supernatural power. God alone – not our strength, skill, or dedication – changes hearts.

Also, illness can serve as a means of guidance and redirection in ministry. Some sort of physical affliction brought Paul and the gospel to the Galatian churches. As previously mentioned, illness brought Epaphroditus home to his loved ones. Illness confined David to the palace in his last years and prompted the passing of the crown to Solomon even before David’s death. Illness served as the means of Amy Carmichael’s relocation from Japan to China to Ceylon to India and the Schaeffers’ move from Switzerland to Rochester, Minnesota, to establish a still-flourishing L’Abri branch there. Though Allen and I don’t yet know to what the Lord is redirecting us, we have no doubt that my illness and our move home evince His hand leading us not only away, but toward. 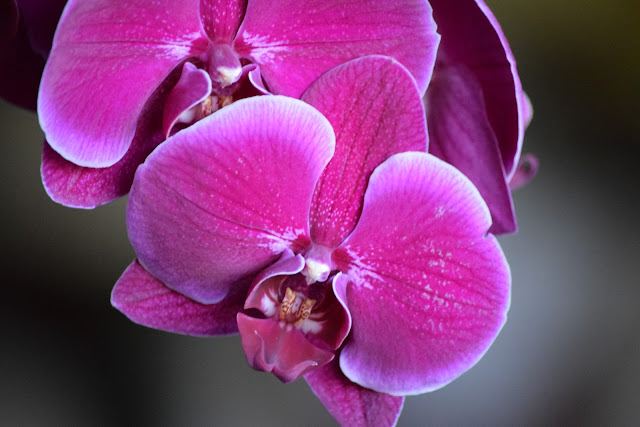 Furthermore, so many times we observe that physical affliction serves as a greater platform for ministry, not a hindrance, or opens the door to a new ministry otherwise improbable. Fanny Crosby’s or George Matheson’s hymns take on a new significance when we realize they were written from blindness and not a painless, thornless ignorance of suffering. Joni Eareckson Tada has been uniquely qualified for her ministry to people with disabilities through her own disability. Only a fellow-sufferer can truly share comfort first received for themselves with those in direst need without giving the impression of spouting empty platitudes a la Job’s friends. Closer to my own neck of the woods, a pair of dear friends in chronic pain and physical weakness constantly challenge me as living sermons on the reality of God’s rest, joy, and peace sufficient for all circumstances. God has evidently used pain to soften them and pare them down so that more of Him glows through.

This process is not automated or mechanical, however. Any trial acts as a refiner’s fire and brings all manner of dross up to the surface. Apart from God’s grace, however, the dross remains there, and the ill one can become entangled by bitterness, self-pity, selfishness, or even arrogance in wearing suffering as a medal of honor. But with God’s grace to remain open to His activity, that refining process purifies and purges, until the molten silver reflects His face.

Countless others have found themselves moved by illness or age out of “limelight” ministries into the ministry of secret prayer, difficult to overestimate in significance though often overlooked and unnoticed. And beyond even that ministry, there have been times when I have been so exhausted by illness that even prayer was beyond my strength. Learning simply to be before the Lord, my very self a prayer, and to let Him as my Shepherd cradle me in His arms, receiving nothing from me in return, is its own lesson, as well.

In summary, both my illness and the evidence of the great crowd of witnesses send the resounding testimony that God’s puzzling refusal of healing power to His ministers (in this life), though granted to many outside of vocational ministry, serves to advance His purposes and kingdom. As Elisabeth Elliot often says, “Let’s never forget that some of God’s greatest mercies are His refusals. He says no that He may, in some way we cannot imagine, say yes. All His ways with us are merciful. His meaning is always love.” What may appear or even be intended by Satan as a hindrance to God’s work in the world actually advances it! With the magnificence of divine irony, by pruning us of all illusion of our own assets and competence and often slowing our hectic pace to make us lie down in green pastures at His feet, He strips away the pride that obscures His glorious display of strength in us. Let us then say with Paul, “I delight in weaknesses, for when I am weak, HE is strong!”
Posted by tinuviel at 3:19 PM