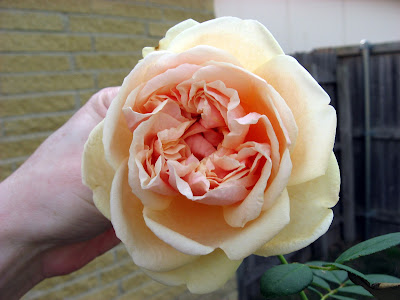 In Part 1 of this series, we compared the genealogy of Christ in Matthew 1 to a family portrait gallery in a home.  We discovered the implied mystery of the inclusion of five women in this otherwise all-male list and began exploring what may distinguish these ladies and why Matthew might have regarded them as important branches of Jesus' family tree.

The first woman in the list is Tamar, who experienced God's grace in providing for her after a broken promise.

The next woman in the portrait gallery is Rahab.  If we were making a movie about her, we might portray her as the classic “harlot with the heart of gold.”  We have to fast-forward through about 600 years of Israel’s history to get to her story, found in Joshua 2 and 6.

A man named Joshua is leading the nation now – and it is a true nation, numbering in the millions – and they are about to begin conquering the land that God has promised to their forefathers.  The gateway to this promised land is a walled city called Jericho.  Like many a good military leader, Joshua sends two scouts ahead of the people to check out the city’s defenses.

They end up at the house of a prostitute named Rahab.  The king of Jericho hears rumors of their presence and sends men to look for them, but Rahab hides them and lies to the authorities to send them off on a wild goose chase so that the spies can escape.  Why on earth would she risk her life for a couple of strangers?!

In her own words, “I know that the LORD has given this land to you and that a great fear of you has fallen on us, so that all who live in this country are melting in fear because of you.  We have heard how the LORD dried up the water of the Red Sea for you when you came out of Egypt, and what you did to ... the two kings of the Amorites east of the Jordan, whom you completely destroyed.  When we heard of it, our hearts melted and everyone's courage failed because of you, for the LORD your God is God in heaven above and on the earth below” (Joshua 2:9-11).

She pledges her allegiance to this God and asks only that the army of Israel spare her and her family when they come to destroy the city.  The spies arrange the signal of a red rope in her window so that all those inside will be spared.  When “Joshua fit the battle of Jericho, and the walls come a tumblin’ down,” her family indeed is spared.  They live just outside the camp of the Israelites, and eventually Rahab marries into the nation.

While Tamar suffered from broken promises, Rahab has a broken past.  She has made her living by selling her body (and was apparently good at it, from the prime location of her house).  However, she has come to fear the one true God and wants to trust her security to Him and His people.  Perhaps surprisingly to us, God honors that.  Her immoral lifestyle does not disqualify her from relationship with Him.

What about you?  Do you have a broken past?  Let Rahab’s story give you hope.  It’s never too late for you to turn to God, the one true God, to receive mercy and find cleansing and a fresh start.  A scarlet cord in the window was Rahab’s salvation; the scarlet blood of Christ is yours.  He died to give you forgiveness, if you will accept it.  His promise for you is Micah 7:18-19:

"Who is a God like you,
who pardons sin and forgives the transgression
of the remnant of his inheritance?
You do not stay angry forever
but delight to show mercy.
You will again have compassion on us;
you will tread our sins underfoot
and hurl all our iniquities into the depths of the sea.”
Posted by tinuviel at 4:00 AM