By faith Abraham, when called to go to a place he would later receive as his inheritance, obeyed and went, even though he did not know where he was going. By faith he made his home in the promised land like a stranger in a foreign country; he lived in tents, as did Isaac and Jacob, who were heirs with him of the same promise. For he was looking forward to the city with foundations, whose architect and builder is God.
Hebrews 11:8-10, NIV1984


And sometimes, new life can be messy.

We love our big live oak in front of the house. It shades the southern side of the house from the harsh Texas sun, and we think it's beautiful.

In the spring, however, when the daffodils raise their trumpets in the park and the wisteria perfumes the end of the block, the live oak litters street, driveway, sidewalk, lawn, and garden beds with leaves. Live oaks don't shed their foliage in the autumn but remain green all winter long. When the days again begin to lengthen, the fresh new leaves with their boisterous brighter green push the old spent ones unceremoniously off the branches.

For weeks, we wade through leaves coming and going from the mailbox. They act like sponges along the curb, soaking up rainfall and sometimes clogging the storm drains. My grandmother sweeps her driveway daily, vigilantly, during this season, but Allen considers it an exercise in futility until all the displaced leaves have fallen.


All these people were still living by faith when they died. They did not receive the things promised; they only saw them and welcomed them from a distance. And they admitted that they were aliens and strangers on earth. People who say such things show that they are looking for a country of their own.  If they had been thinking of the country they had left, they would have had opportunity to return. Instead, they were longing for a better country—a heavenly one. Therefore God is not ashamed to be called their God, for he has prepared a city for them.
Hebrews 11:13-16, NIV1984

About the time that we breathe a sigh of relief that we can walk to the mailbox without leaves crunching underfoot, the next assault starts: the pollen.

Live oaks drop pollen in clusters attached to little threads. We used to call them pollen caterpillars. My grandmother calls them threads. When they are fresh, the pollen clusters bathe everything (jackets, dogs, cars, mailboxes, joggers) in sticky yellow-green dust. Then the clusters turn brown as in the photo above. This lasts another month before it's all completely cleared from roof, lawn, and garden bed.

The pollen storm is not my favorite thing. I have tried to combat it by frequent shaking off of the doormats. I have even resorted to spreading oversized swim towels just inside the doors to capture some of the mess off paws and shoes before it gets ground into the carpet. One day as I was muttering to myself about the extra work, the Lord tapped me on the shoulder with the memory of more than one blog read this spring about trees that had died in the severe drought and heat last year. Big, mature trees older than the houses on the property had perished. Acres burned in the wildfires. Our neighbors lost a tall tree from their backyard, and the chainsaws droned like bagpipes at a funeral all that day.

I realized in that moment that the leaf and pollen mess was one more sacrifice of thanksgiving. The mess meant our tree had survived the fiercest drought of its life to shield us for another summer. The blanket of debris I was fighting was a blanket of growth and new life.


These were all commended for their faith, yet none of them received what had been promised. God had planned something better for us so that only together with us would they be made perfect.
Hebrews 11:39-40, NIV1984

We live in an atmosphere of change at Wits' End these days.  Some of the transitions are pleasant; some are harder; most are messy in some form or fashion. My natural response is to grumble and complain about the changes and the disorder they bring. I like stability and routine and often  dig in my heels and throw a tantrum take an adversarial stance toward anything that disrupts that. (To keep things interesting, God gave me a missionary-kid husband whose very comfort zone is change. That's not intended as sarcasm but as an acknowledgement that I need balance which God has providentially given.)


As with the live oak, so it is with our life in this world. New life means change. Growth means change. Transformation requires change. Anyone with a new baby or puppy in the house or anyone in the process of a move, knows all too well that change often means mess and disorder for a while. Other times the mess is intangible but no less real: disrupted relationships, ingrained habits of thought or action which no longer suit. If I want to be conformed to the image of Christ, I must let His Spirit push off the habits of the old self and produce new fruit in me. If I want to live in Him, I must let go of all that is not of Him. If I want to bear abundant, lasting fruit in Him, He will prune away apparently good, healthy things which detract from His core purpose. If I want to follow Christ, I must change. And change is messy.

Change is also a gift. It corrects my tendency to seek security, a stable refuge, and permanence in the world I see. Such a desire is not bad in itself, just misdirected. A quote from Sheldon Vanauken inside my kitchen cabinets reminds me of this continuous need of redirection: "God gives many gifts, but never permanence. That we must seek in His arms."

The mess of change pulls out the crutches I'm tempted to lean on instead of the Everlasting God. Transition reminds me that "The eternal God is your refuge, and underneath are the everlasting arms" (Deut. 33:27). From everlasting to everlasting, He is God, and there is no other (Ps. 90:2). One of His names from the Hebrew Scriptures is El Olam, Everlasting God. Such a God is my sure safe place, my stability in an unstable world.


Therefore, since we are receiving a kingdom that cannot be shaken, let us be thankful, and so worship God acceptably with reverence and awe.
Hebrews 12:28, NIV1984


This God does intend for His people a kingdom that cannot be shaken, a better country, a heavenly one. Without the changes and transitions that persist in spite of my best efforts, I might think this is all there is. I might grow to like this lesser country so well I would forget the glory to come. Glory is coming, friends. The glory of that unshakable kingdom is just around the corner. Let's together tether our hopes to that certainty when the mess of new life threatens to get the better of us. Let us be thankful, and so worship God acceptably with reverence and awe. 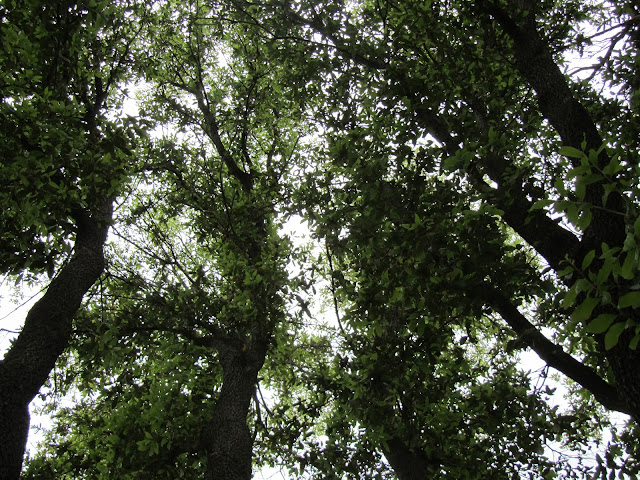 {From the archives}
Posted by tinuviel at 12:06 PM