While the curtains close on summer, I hope to raise a few Ebenezers to remember God's mercies in the last few months. They have been jam-packed, largely with medical appointments and tasks, but the Lord has given 3 specific treasures I ought not forget.

I'll start with the third, partly because it's freshest on my mind and partly because it's the easiest post to write. As Amore often does, he took a few days of vacation the week of our anniversary. We couldn't travel, but we wanted to make the time as set-apart and refreshing as possible. I promised myself that any to-do tasks that weren't done by bedtime Tuesday night would remain undone until the following Monday. The laundry wasn't quite caught up, but we survived. We turned our computers off, and I even left the WiFi turned off on my phone unless we needed it for something vacation-specific like ordering movie tickets. 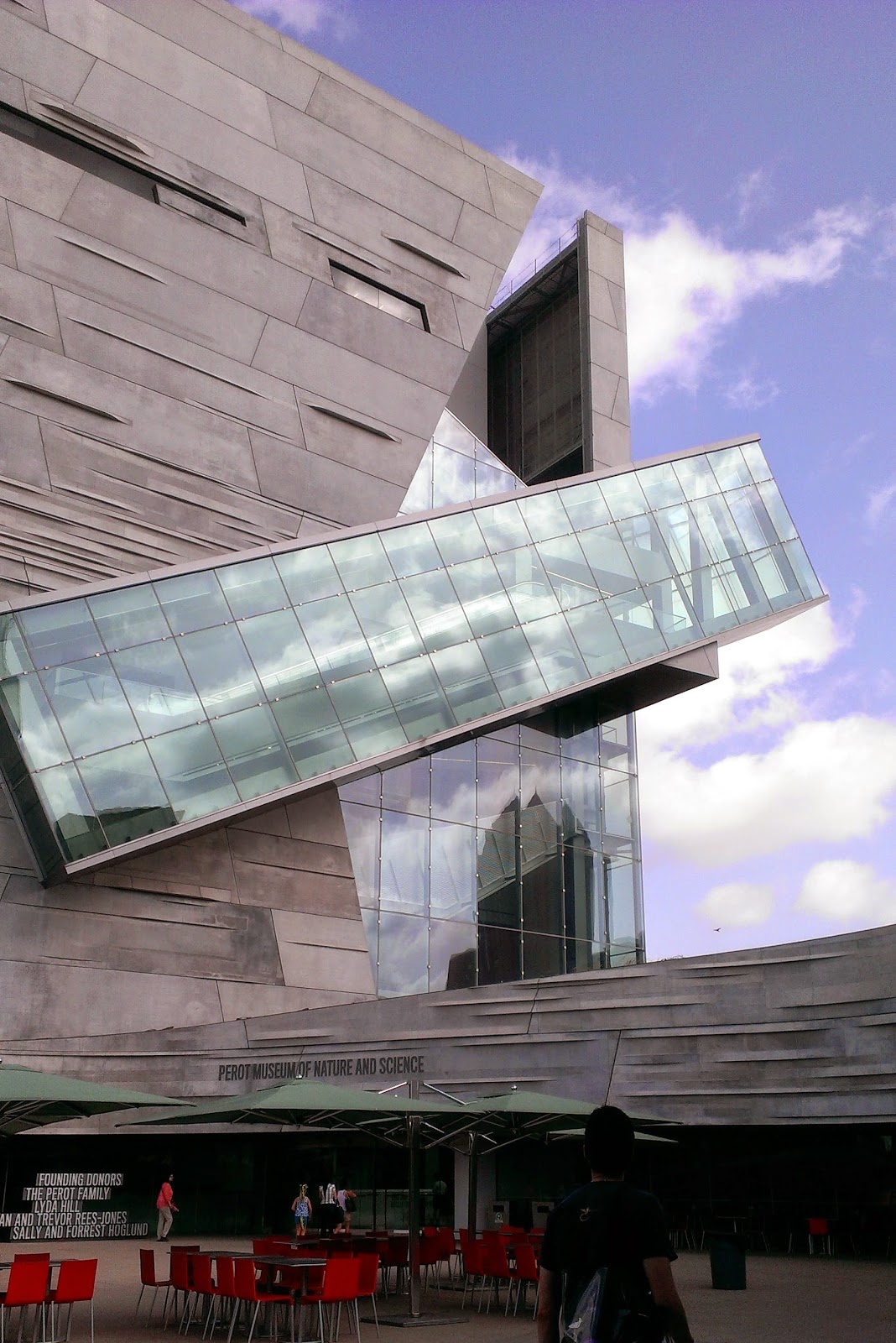 We spent the first day at the Perot Museum of Nature and Science just north of downtown Dallas. I had been twice before with some of my family, but I'd only actually seen the half most interesting to young boys. Amore had never yet visited and wanted to. 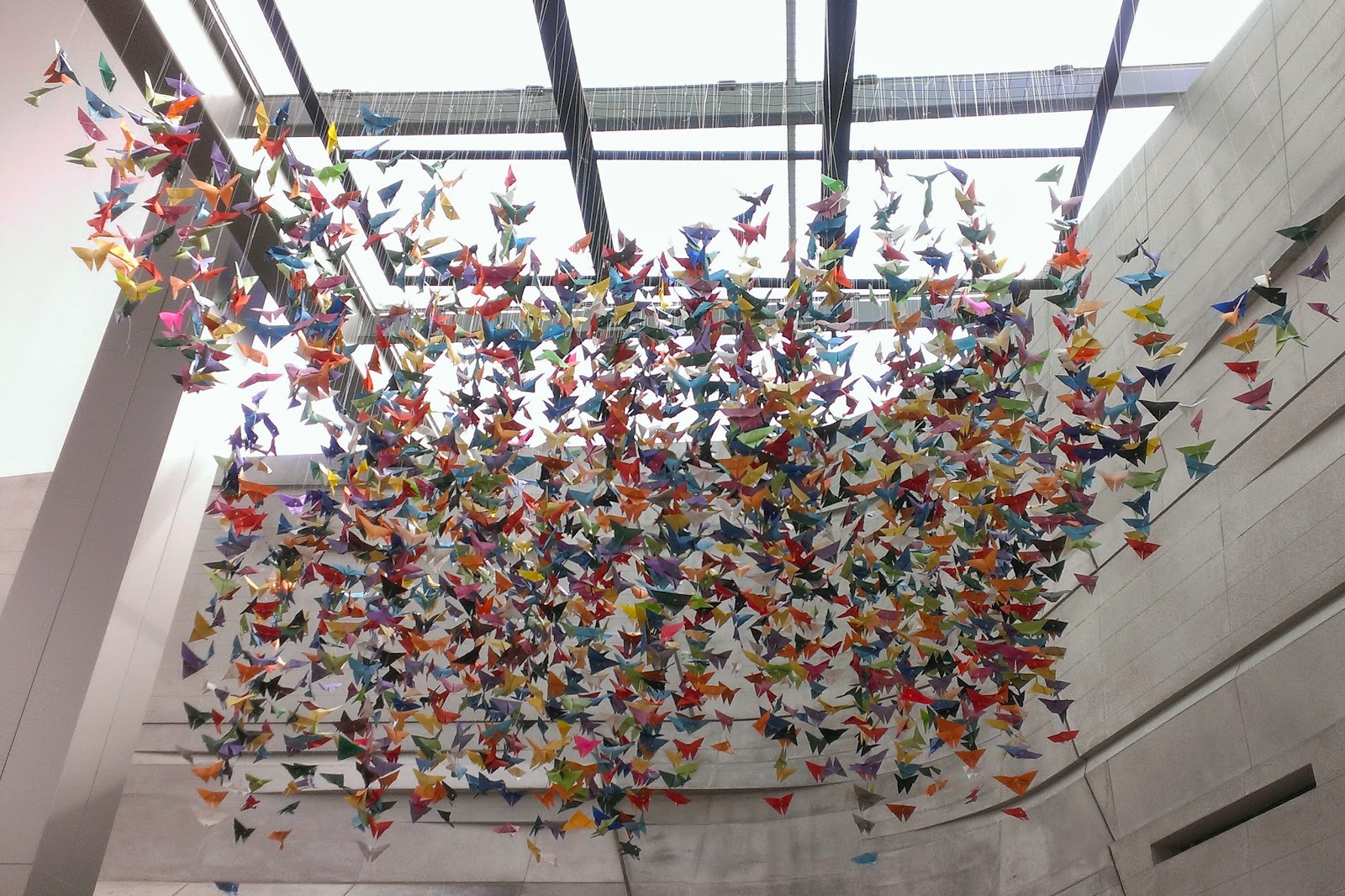 He refused to race the dinosaurs but did consent to kick a soccer ball for the high-speed camera. It didn't look much different from the FC Dallas example in the museum's database. 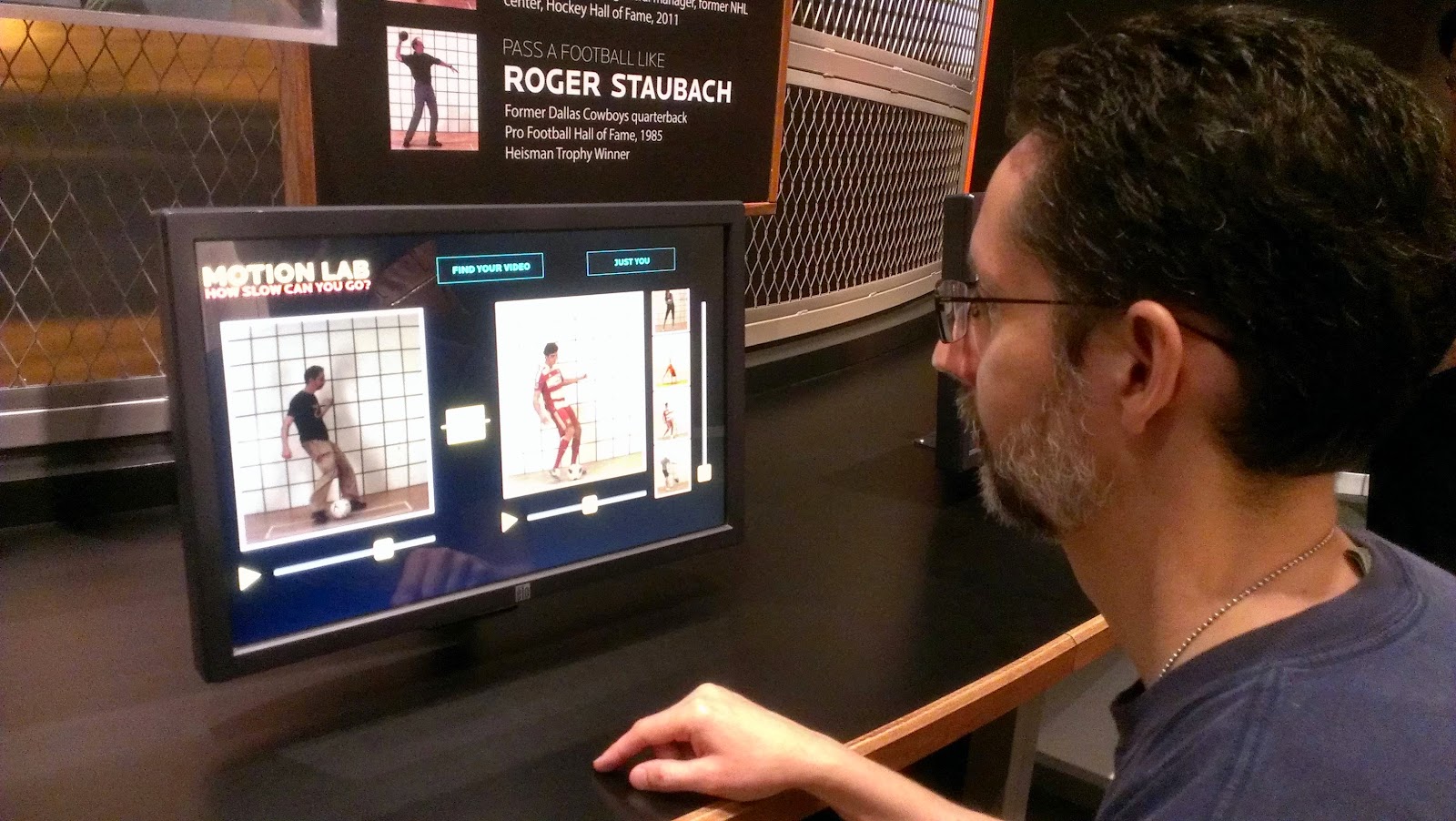 We both enjoyed a short 3-D film following three generations of monarch butterflies on their annual migration from their wintering grounds in Mexico to their summer home in Canada. We're not generally great fans of 3-D cinema, but this kind of documentary used the technique well.

After lunch we rode the glass escalator (on the outside of the building, above top) to the top floor and worked our way down from the birds to the Texas wildlife exhibit and dinosaurs, by way of the earthquake simulator and hall of gems. To make up for my inability to race dinosaurs or do anything the high-speed camera would have enhanced in the sports area, I pretended to be a weather girl and read a hail forecast in front of a green screen while my dear husband of fifteen years minus a day laughed at me. Actually, I cracked myself up with my incompetence at least once, so he was probably laughing with me. :) 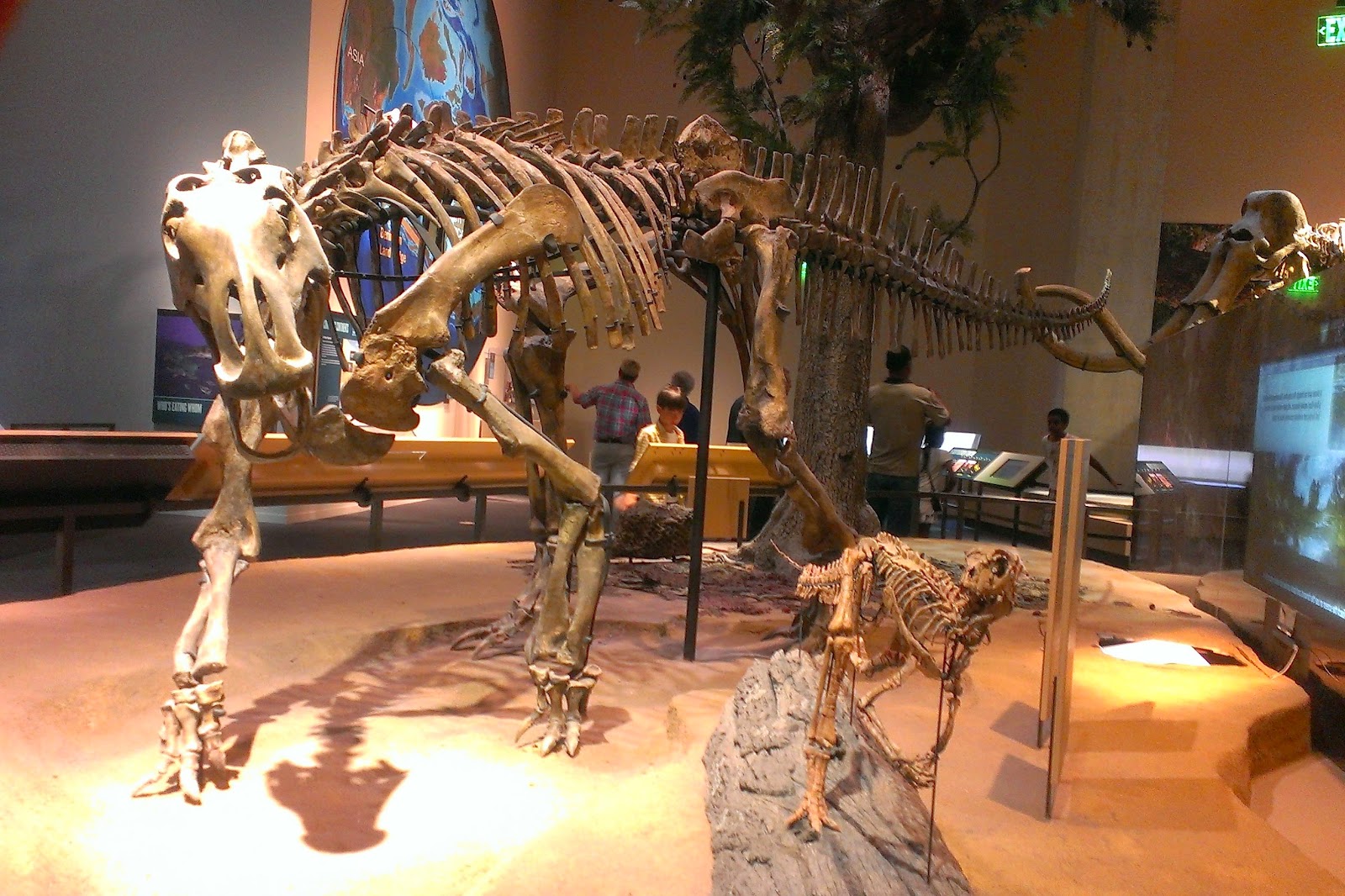 By 3:30 our brains had run out of memory so we left the Texas Instruments Engineering Center and the Being Human area for another day. 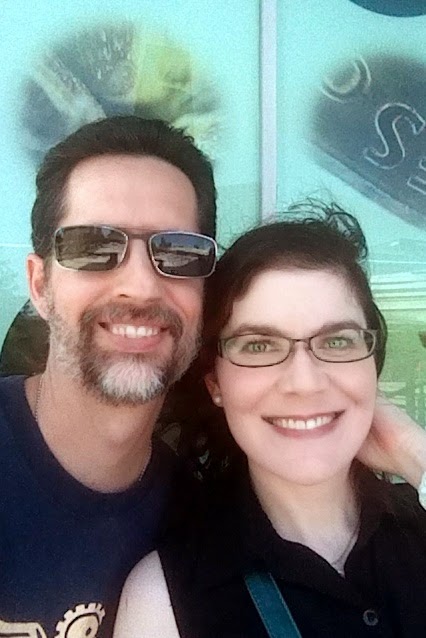 We took a much slower pace on Thursday, our actual anniversary, enjoying a movie at the theater (not a frequent occurrence for us) and a quiet dinner. Friday was also a recovery day, with Amore taking a long nature walk in the early morning and the two of us taking some reading time at locally-owned coffeehouse Fourteen Eighteen. While we were there we also received a phone call about our final time-off plans.


We concluded our staycation fun at a Fort Worth Symphony performance at Bass Hall, our favorite area performance venue (granted, we haven't yet visited the Winspear). The call at the coffeehouse was to ask "if it would be all right" that the symphony upgrade our tickets two tiers, to one level lower and a bit nearer than purchased. Let me think about that a moment.... Yes, please! 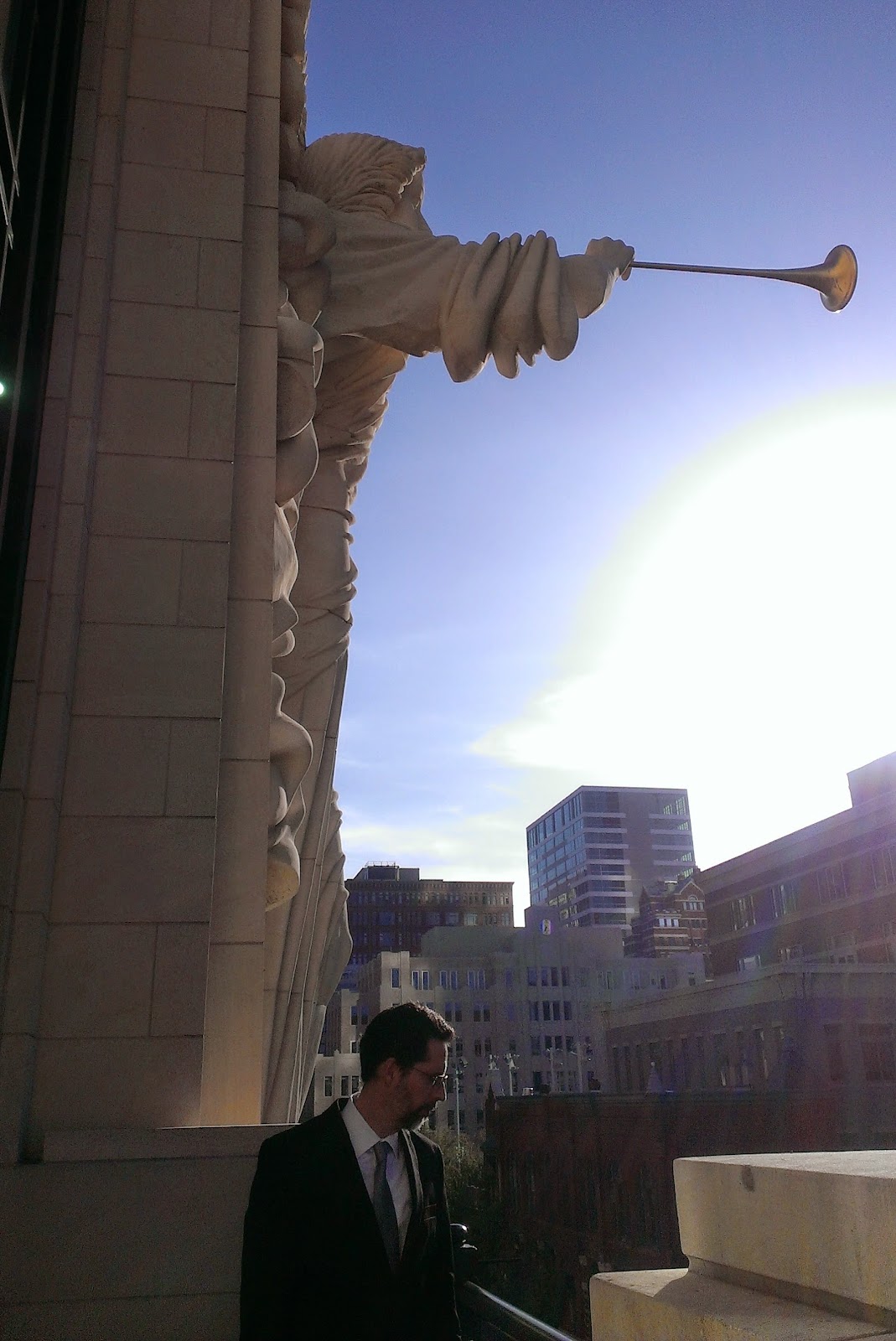 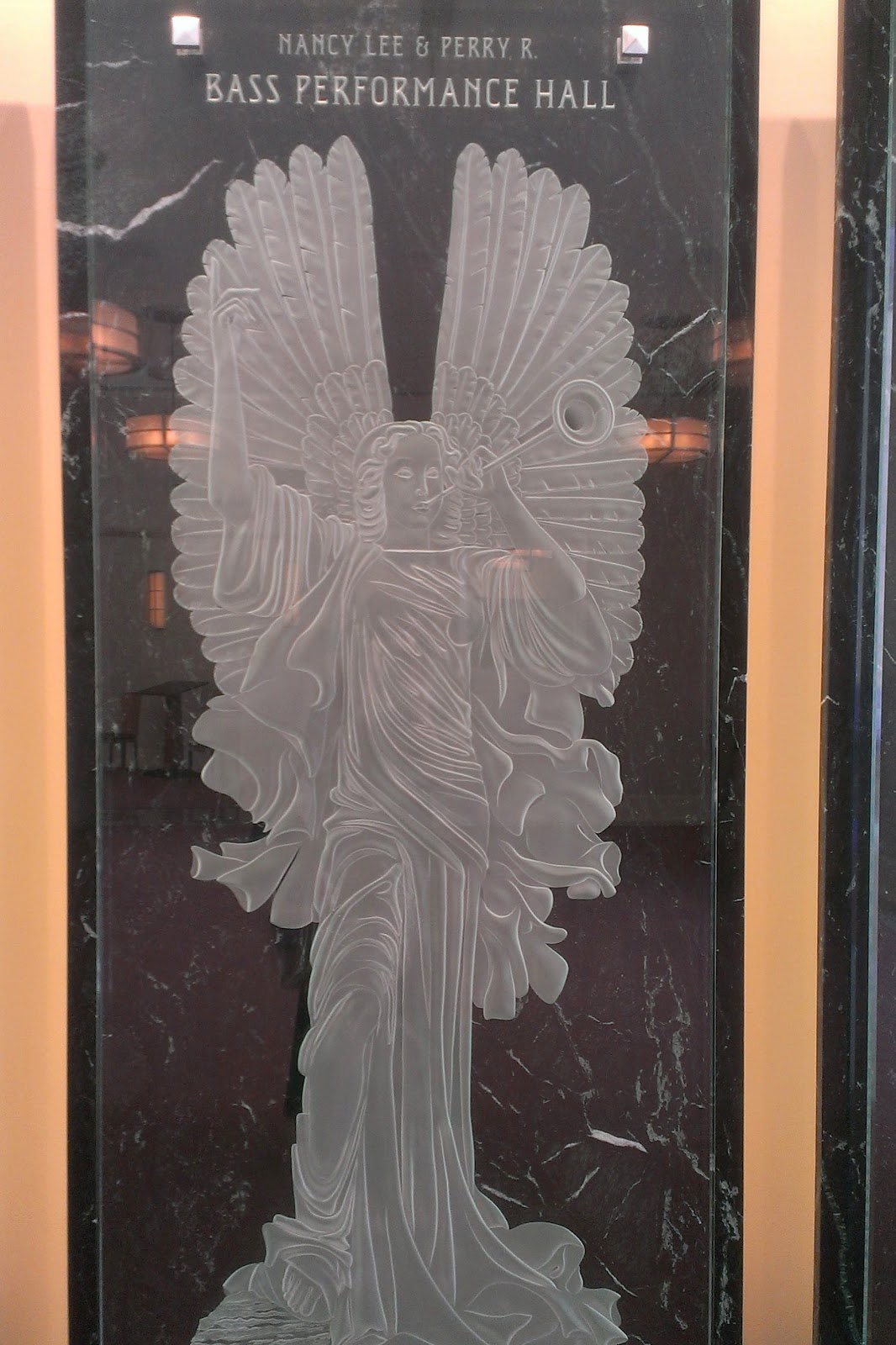 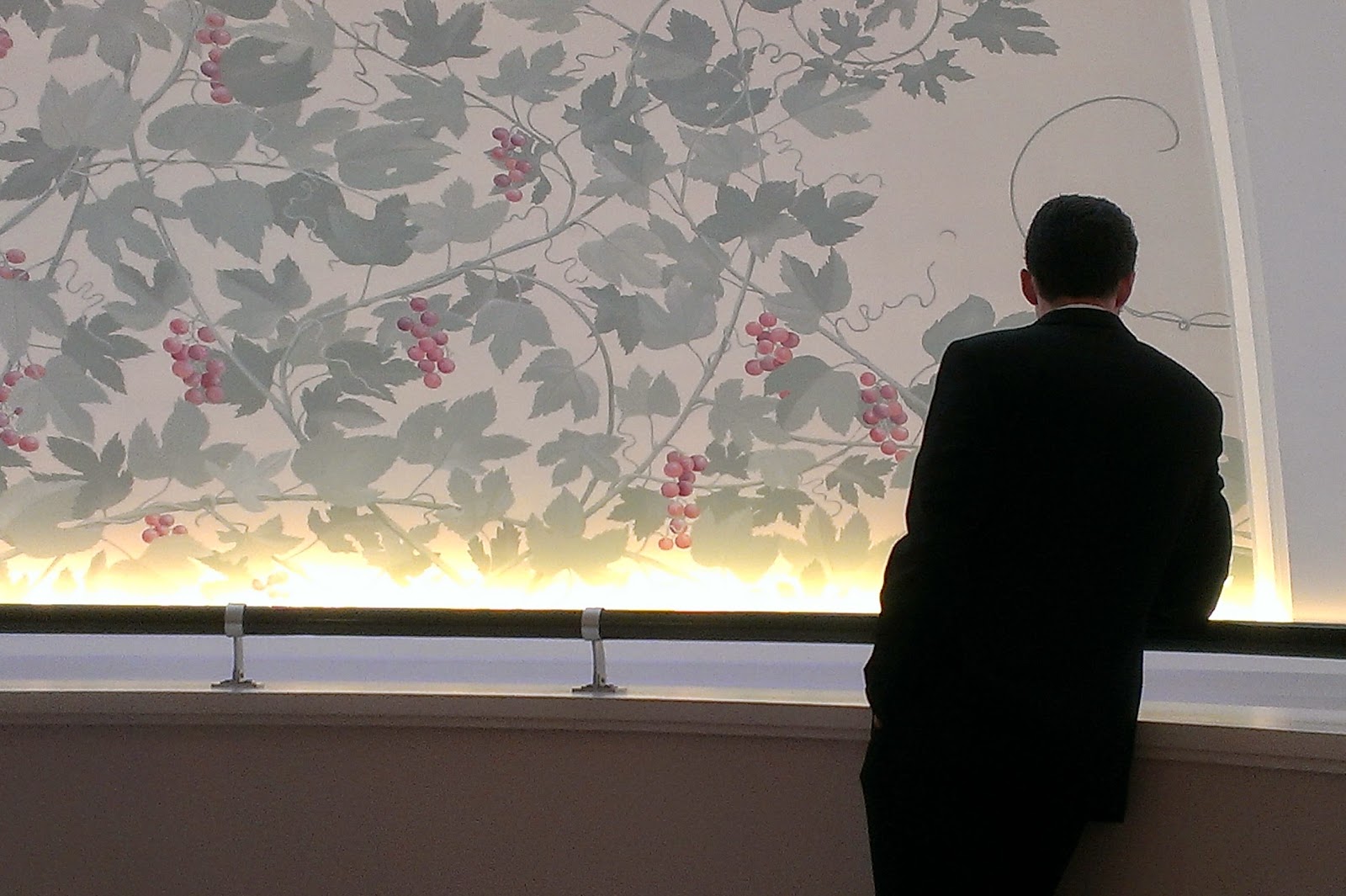 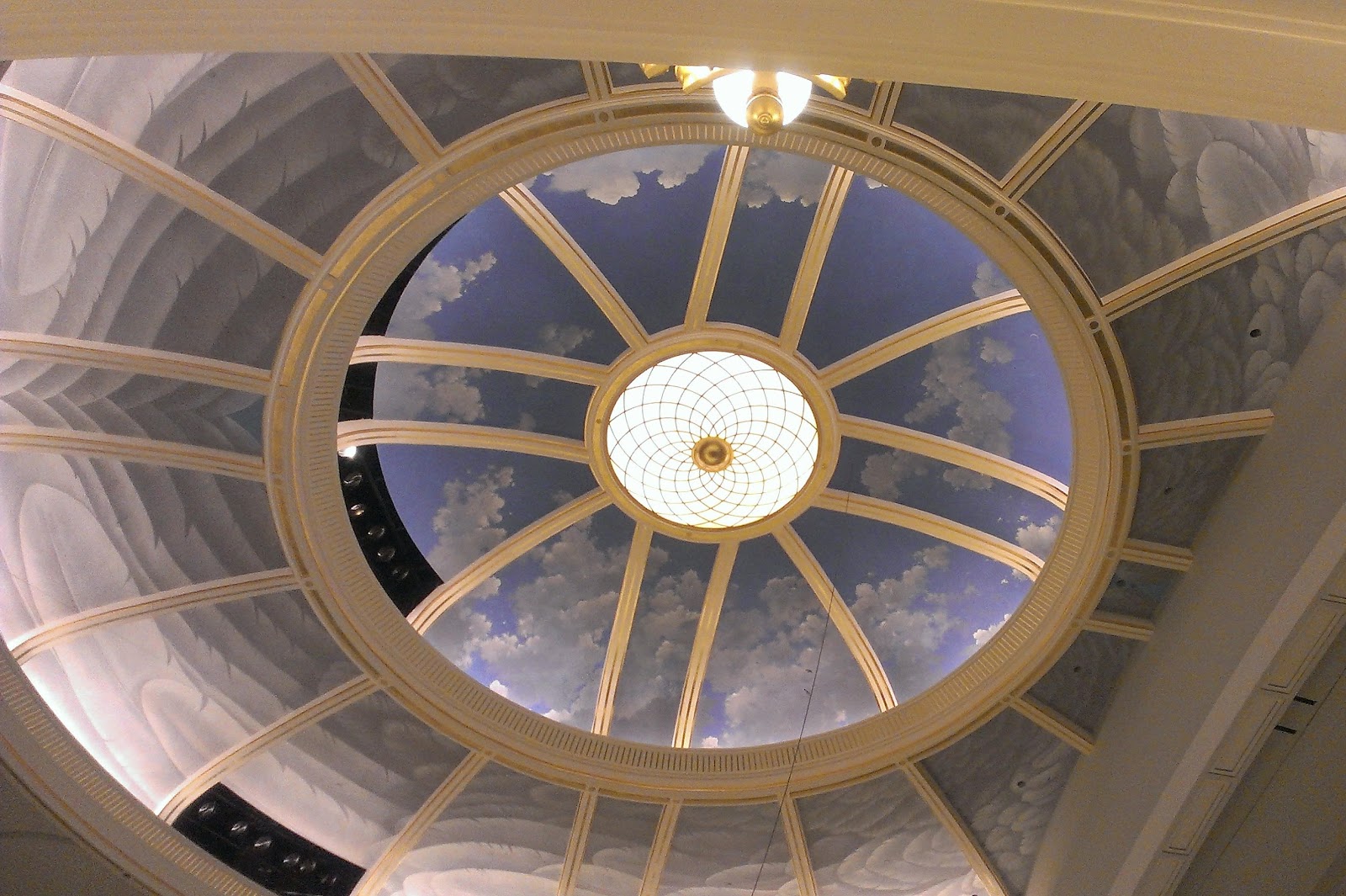 The symphony's season hadn't started yet, but they were playing a weekend festival featuring the music of Brahms and Dvorak, the latter Amore's current favorite composer. 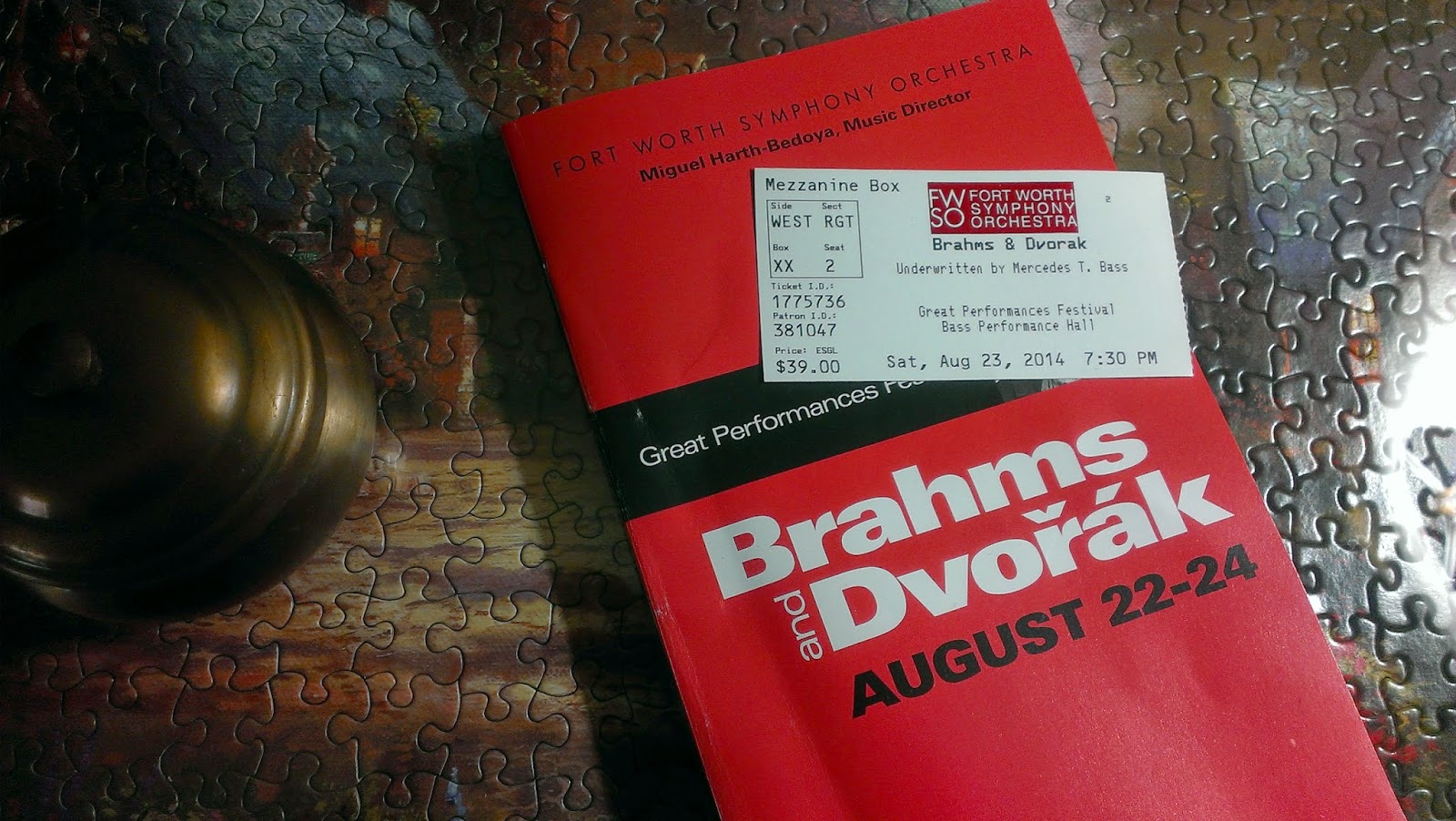 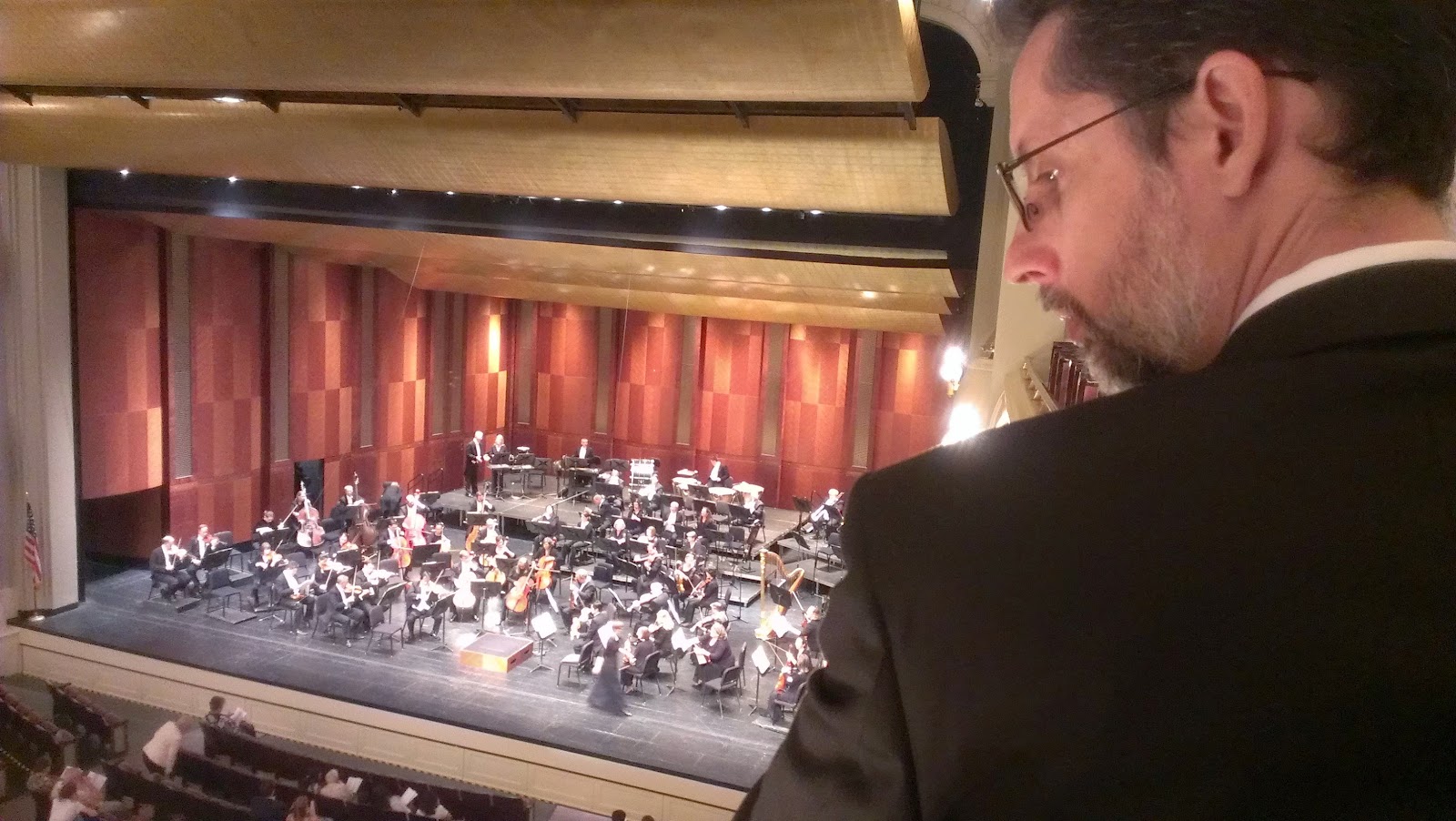 It was a splendid finale (complete with encores) to a lovely rest from routine work and appointments. And my dear husband even humored me by wearing a suit and asking an usher to take our picture. 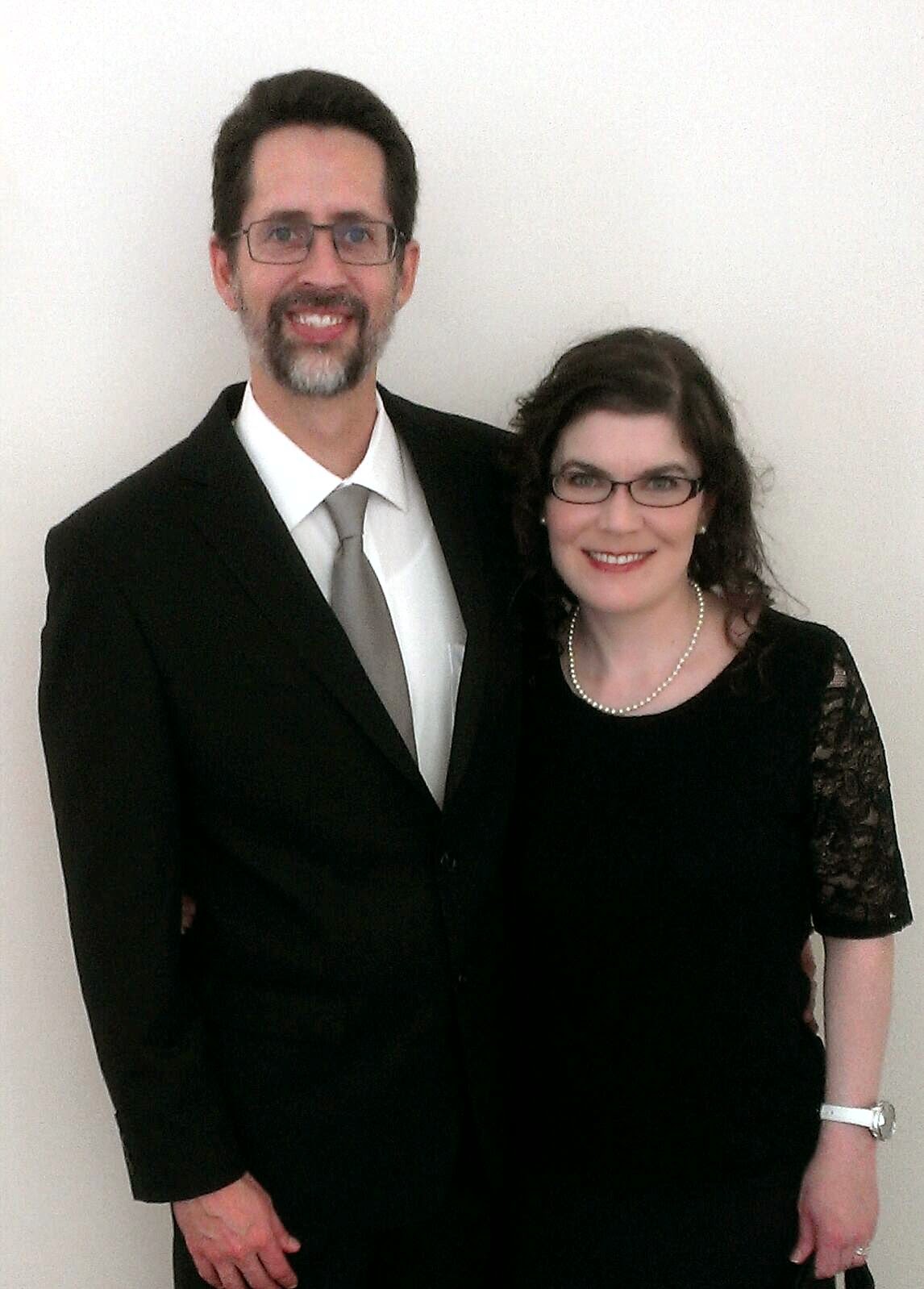 Did you take any time off this summer? If so, how did you spend it? Thanks for reading about ours. May the Lord bless you with spiritual rest, wherever you find yourself and however busy your outward circumstances today.
Posted by tinuviel at 4:55 PM