My morning Bible reading has reached a dismal stretch in 2 Kings, wherein almost every paragraph documents a ruler worse than the previous one, a nation mired in idolatry and unfaithfulness to Yahweh, and threats or actual defeats by foreign armies. Israel has been divided between northern and southern kingdoms, which occasionally join forces against a common enemy but sometimes attack each other instead.

God's faithfulness nonetheless shines through. He sends prophets like Elijah, Elisha, and Isaiah to speak truth, to call the nation back to the true God, and to minister with signs and wonders to the faithful remnant and even an occasional Gentile (non-Israelite) whose need opens him or her to the God of Israel.

In the midst of this context, the Biblical historian summarizes the circumstances:

34 They are still practicing the former customs to this day. None of them fear the Lord or observe their statutes and ordinances, the law and commandments the Lord commanded the descendants of Jacob. He had renamed him Israel. 35 The Lord made a covenant with them and commanded them,

“Do not fear other gods;

do not bow down to them;

do not serve them;

do not sacrifice to them.

36 Instead fear the Lord, who brought you from the land of Egypt with great power and an outstretched arm.

You are to bow down to Him,

and you are to sacrifice to Him.

37 You are to be careful always to observe the statutes, the ordinances, the law, and the commandments He wrote for you;

do not fear other gods.

38 Do not forget the covenant that I have made with you.

Do not fear other gods,

39 but fear the Lord your God, and He will deliver you from the hand of all your enemies.”

40 However, they would not listen but continued practicing their former customs. 41 These nations feared the Lord but also served their idols. Their children and grandchildren continue doing as their fathers did until today (2 Kings 17:32-41, HCSB, formatting and emphases mine).

What about me? Do I have a "but also"? If so, what is it? Is the worship, service, devotion, and trust of my heart divided between the God who brought me out of my own Egypt and anything or anyone else? Have I tried to meld His worship with the practices of the world system around me?

The preacher's words yesterday still ring in my ears:


When a good thing becomes the ultimate thing, then it's a bad thing.

Has any good thing--family, health, comfort, home, the bank account--become ultimate for me?

God's gracious correction to His people of old calls me back today. "Don't do that; do this." Israel rejects the call to repentance and remembrance, and history tells the sad tale of exile by their conquerors and the redemptive tale of God's faithfulness in captivity and in restoring them to the land in the fullness of time. In refusing to forsake their idols, they choose defeat over deliverance.

How will I respond?

Lord, knower of all hearts, search me and show me my "but also" idols today. Forgive me, and grant me grace to love You only and with all I am and have. Thank you for the written record of Your dealings with Your covenant people in the past. By Your grace, allow me to learn from their examples, to emulate the good and avoid the bad. Enable me especially to learn from the example of Christ in whom I live and who lives in me. What a great grace that is! Thank You, Lord, for Your faithfulness even when I am unfaithful. Thank You for the assurance that You will complete the good work You have begun in me. Let Your work shine through in me today, in the name of the Savior Jesus. Amen.

Let me continue to give thanks to the Lord for all He gives:
first batch of cranberry sauce of the season;
cupcakes to share and savor; 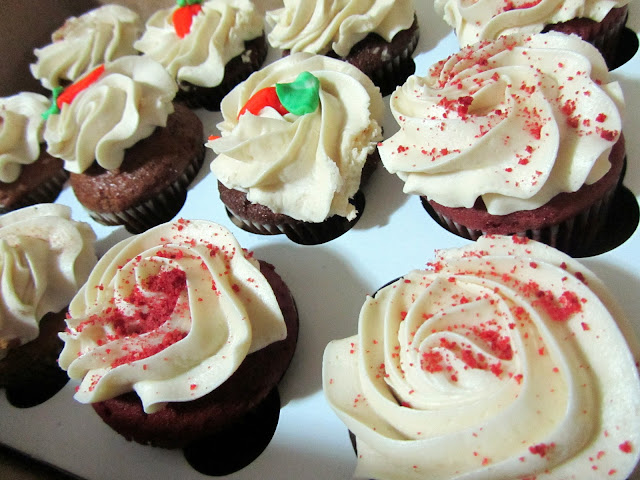 garden roses and a bit of lavender perfuming the kitchen; 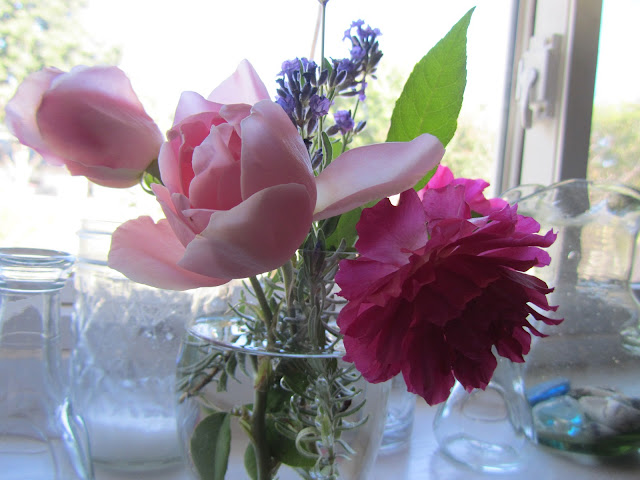 full moon on a cloudy night; 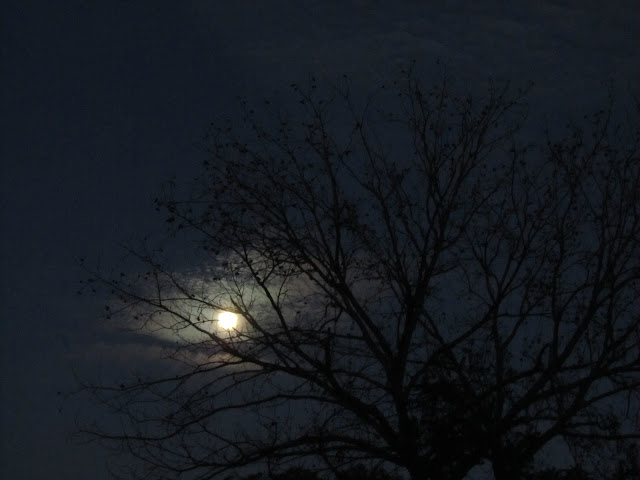 a new bird guest in the garden, not yet identified; 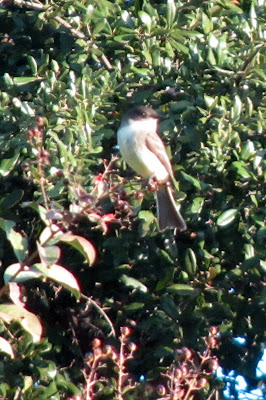 a very thoughtful greeting card from a Bible study friend having her own surgery today;
a loved one embarking on her own blogging adventure as spouse and primary caregiver to a stroke survivor;
the ongoing dance of the queen butterflies in our garden; 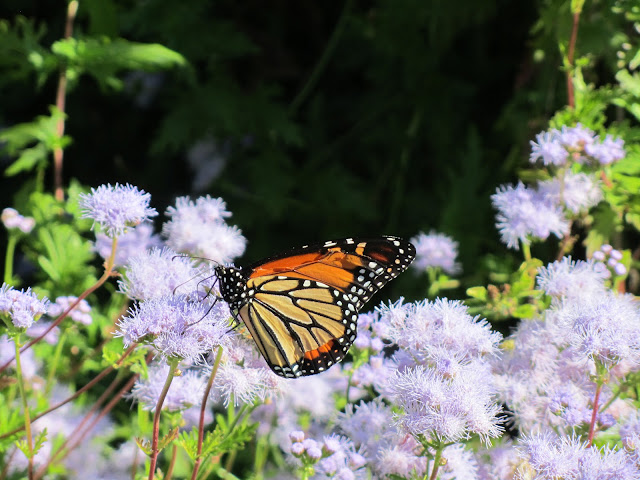 {If reading by email or in an RSS feed, you may need to visit the blog on the Web to view the brief video clips.}


a box of my late grandmother's music to sort through;
ability, graced by God and cultivated by parents and teachers, to enjoy it; 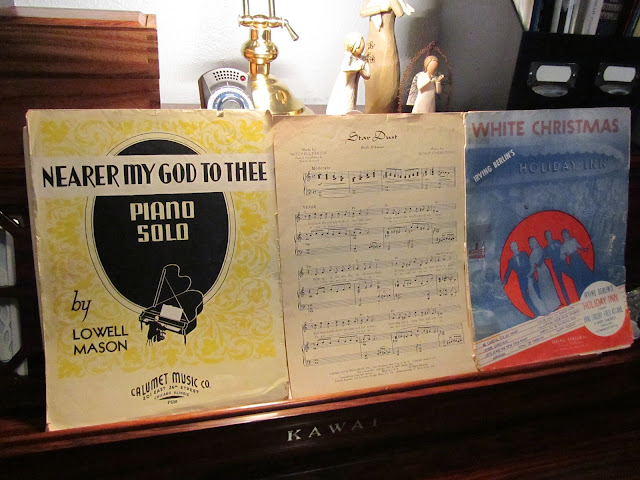 walking in fog rather than darkness this morning; 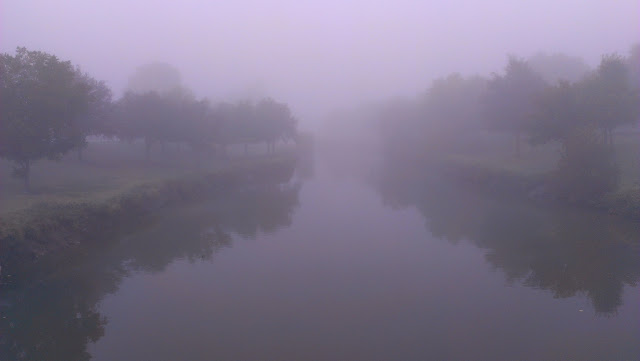 enough light for the step we're on; 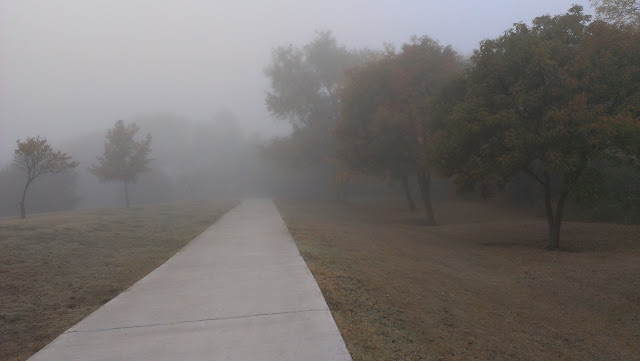 prayers upholding me as I await an outpatient surgery Thursday morning;
laughter at photos and inscriptions in childhood yearbooks my parents unearthed from storage;
hugs from friends at church;
God's worthiness to be worshiped exclusively and entirely with no "but also."
(still counting gifts, these #7872-7887)