Tested by the Word 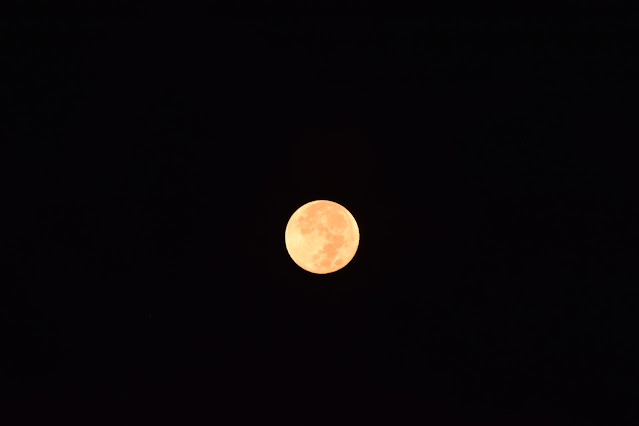 Joseph, who was sold as a slave.

They hurt his feet with shackles;

His neck was put in an iron collar,

Until the time his prediction came true.

The word of the LORD tested him.

If you are unfamiliar with Joseph’s story, it appears in Genesis 37 and 39-50. He receives more pages of Genesis than any other patriarch, and his life story is beautiful and instructive.

I know the end of the story, the fulfillment of Joseph’s dreams and the way God used the sins of others against him to rescue his family and preserve the line of Messiah. For Joseph, though, in the middle of the pit, in the dungeon, on the auction block, running away from the seduction of a predatory older woman, being abused and falsely accused and forgotten—in the middle of that, his feet and neck truly hurt. He genuinely suffered.

How many days did he have nothing to hope for but the promise in his dreams and perhaps the family stories, like the tale of God’s covenant promise to great-grandpa Abraham and the mysterious angelic ladder vision and God-wrestling of his father Jacob?

With no encouragement but God’s promises and the indications that “the LORD was with him,” helping him endure and making even his servitude in bondage prosper, Joseph endured. He didn’t have three faithful friends as Daniel did at the beginning of his exile. He didn’t even have written Scripture. Yet day by day, this young man faithfully executed the tasks set for him, in which he had no say. His one glimmer of freedom hope appeared to be disappointed when he was forgotten by one he helped.

The word of the LORD tested him, and in Scripture we see that he passed the test. God did deliver him, and the long years of waiting and confinement with God made him generous in forgiveness and grace toward his brothers. The years of searching for the starlight of God’s activity in the dark dungeon gave him spiritual night vision, so that when his family came begging for food, he didn’t gloat and say, “I told you so.”

He acknowledged that they had intended evil against him—they hurt his feet with shackles—and also, at the same time, God sent him to Egypt, to the enslavement that led to him being in the right place at the right time with the right God-given gifts to save the lives of a multitude of people during a prolonged famine. God sent him, by means of his brothers’ evil deeds, to save those same brothers and his beloved father and younger brother. God sent him to preserve the line through which Jesus the Messiah would come. In Genesis 45:4-9 when Joseph makes himself known to his brothers, he repeats the words three times: “God sent me.”

Then Joseph said to his brothers, “Please, come near me,” and they came near. “I am Joseph, your brother,” he said, “the one you sold into Egypt. And now don’t be grieved or angry with yourselves for selling me here, because God sent me ahead of you to preserve life.  For the famine has been in the land these two years, and there will be five more years without plowing or harvesting. God sent me ahead of you to establish you as a remnant within the land and to keep you alive by a great deliverance. Therefore it was not you who sent me here, but God. He has made me a father to Pharaoh, lord of his entire household, and ruler over all the land of Egypt.

“Return quickly to my father and say to him, ‘This is what your son Joseph says: “God has made me lord of all Egypt. Come down to me without delay.”’”

The suffering was real.

The sin was real.

Years later, when Jacob dies, the brothers say to themselves, “Now we’re in for it. Joseph’s going to make us pay for what we did.” Joseph, though, holds fast to the same spiritual insight: “You planned evil against me; God planned it for good to bring about the present result — the survival of many people.” (Genesis 50:20, CSB).

To quote Joni Eareckson Tada, in Joseph’s story and in ours, “God permits what He hates to accomplish what He loves.” To quote the apostle Paul, “We know that all things work together for the good of those who love God, who are called according to his purpose” (Romans 8:28, CSB). That good is conformity to the image of His Son our Lord Jesus Christ, and the Word of God testing us is sometimes the chisel accomplishing that end.

Lord, You know where I am being tested by Your promises today. You know where I’m hurting and which of those pain points are caused by the sin of others. The seen material realities look hopeless with trial upon trial. Hopes of the end of the sorrows have so often proven to be only mirages. Lord God, God of miraculous transformations in circumstances, give me spiritual night vision to see Your invisible realities shining in the darkness. Give me eyes to see a hint of what You’re doing in the dark. Send encouragement in my endurance, grace to trust You in the dungeon, when things seem to be going in the opposite direction from Your promises. Don’t let the soul’s dark night be wasted, but use it to grow my trust in You. Set me free from every trace of resentment and bitterness toward any people who have contributed to my suffering. Fill me with Your forgiving love. When You lead me out and work mightily in and for me, make me an encourager to others in their endurance. Write me a testimony of treasures in darkness that will encourage others to persevere in theirs.

I trust You, Lord; keep me trusting You, for Jesus’ sake. Amen.