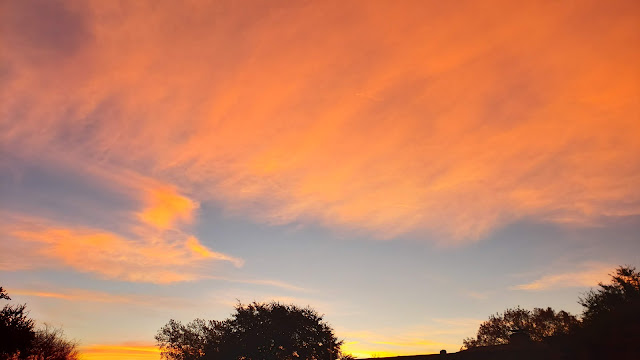 All created with a “Let there be”—

The first human shaped by God from dirt,

Life breathed into that mudpie man by the Potter—

A lone family afloat in the quarantine deluge—

Abram called from his homeland,

His wife a nonagenarian first-time mom,

Their promised son on the altar,

A ram in the brambles offered in his stead—

Then delivered into slavery to Pharaoh,

Their deliverer born in secret, raised in Pharaoh’s house,

Called out of hiding in the wilderness

To lead God’s people out of Egypt

40 years of trekking through the wilderness,

A shepherd boy, the giant-slayer with the slingshot,

The man after God’s own heart,

Descending as the king prayed its dedication—

That temple defiled by false sacrifices to false gods,

The glory exchanged for worthless vanity—

A nation chosen by God sent into exile for her sins,

Preserved and protected even in captivity—

The sulky spokesperson cast into the storm,

Into the stomach of the great fish,

Given a second chance

To proclaim judgment and repentance to his people’s enemies—

Those enemies submitting themselves,

From the king to the stables—

Three faithful Hebrews thrown into a furnace so hot it killed their escort,

Three emerging unsinged, without even a whiff of smoke on their robes—

That wayward people brought back miraculously to the land of promise,

Promised forerunner born to a priest and his barren wife,

Enshrouding Himself in an embryo,

Implanted in the darkness of a virgin’s womb,

Submitting Himself to the violent rigors of birth,

Submitting Himself to the authority of sinful human parents,

Submitting Himself to the unjust slander against his parents and the timing of His birth,

The God-Man living a perfect life,

Dying the death we sinners deserve,

Submitting Himself to pain and mockery again,

Rising from the tomb on the third day for our justification—

Praying in an upper room

In this unprecedented year,

So full of unprecedented challenges and griefs,

The signature of God scrawled across the pages of history.

Aslan is on the move, friends.