A Routine Mammogram Saved My Life (But Not How You Think) 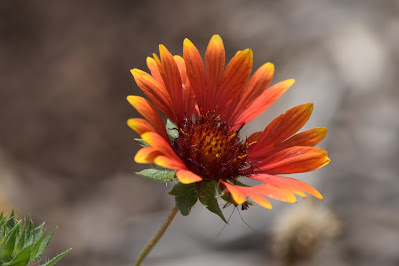 Next month will mark one year for me as a breast cancer survivor. I feel a bit of an imposter calling myself that because I didn’t have chemo or even radiation for my cancer, but that is the medical fact. I had breast cancer.

When Mom and I went for our routine mammograms last November, I wasn’t worried at all about the potential findings. All my concern went toward helping my mom through the morning and minimizing her anxiety and confusion. We went to a tea room in an antiques mall afterward, and it was a good day.

The morning after the morning after my routine mammogram, the nurse called. “Hey, so Dr. J got your mammogram results back, and there was one small abnormal area. She told me to tell you not to worry. We see this all the time, and it’s probably fibrocystic changes. So don’t worry. You need to call the mammography center and schedule a second mammogram that will get some more focused pictures. Okay?”

So I went back for a second mammogram, and after the test the tech led me, still wearing the “cape” that substitutes for a hospital gown there, to a room with a couple of other caped women while she waited for the radiologist to review the images. Her solemn face on her return told me to brace myself as she walked me back to the doctor’s office. In that dark room, lit primarily by the glowing screens on one wall, the doctor told me that I probably had breast cancer. Very early, and we wouldn’t know for sure until a biopsy, but still. Suddenly we had moved from “probably not” to “probably so.”

He showed me a scattering of tiny white pin dots on my imaging, invisible until he embiggened them. They were microcalcifications, he said, and they weren’t supposed to be there. Sometimes they happened with age, but sometimes they were produced by cancer cells.

The radiologist performed the biopsy the week after Thanksgiving. It would have gone well, except that of course I fainted midway through and we had to start over from the beginning with me lying down. Through all of this, we had not said anything to Mom, but we had to tell her about the biopsy so she would be gentle in hugging me that week. We downplayed it as much as possible, but she was still worried.

Thankfully she had forgotten and stopped asking Dad about it by the time my doctor called at 9:30 at night on the feast of St. Nicholas to say the biopsy found breast cancer: very early (stage zero), very small (4 mm), very treatable. Ductal cell carcinoma in situ. DCIS for short. She would send my records and a referral to a surgeon she respected, and we’d go from there. She seemed as surprised as we were, as we rehashed family medical history and lifestyle choices. “I mean, really, your only risk factor is being female.”

Because I am considered young for a breast cancer diagnosis, the surgeon ordered genetic testing, even though there is no history of breast cancer in the 4 generations of my family I know well from genealogy research.

After weeks of waiting, additional testing, and notebooks full of literature, the surgeon called me on Epiphany, minutes before I walked out the door for an unrelated medical appointment.  She was calling to tell me the genetic testing showed I have a BRCA2 mutation. My head spun as she rattled off the litany of kinds of cancer for which this increases risk. The bottom line was that the mutation caused my breast cancer and was actually more serious than the cancer it caused.  And because of the timing, the first person I told was not my husband, not my mom, but my gum surgeon. There wasn’t time to call Amore before leaving for the appointment, and I knew this was not a conversation to have while driving a car.  (Also,  I was just praying for Grace to hold me together at that moment, until I could fall apart in private later.)

Most women with a cancer caused by a genetic mutation choose a preventive double mastectomy. If you know me well or long, you know that I am not most women. Trauma such as surgery can cause autoimmune symptoms to flare, and we believe much of my present disability originated in a surgery a decade ago. We knew we needed to remove the existing cancer, but we also now knew an additional surgery to remove my ovaries was necessary soon to address the high ovarian cancer risk the mutation caused and to reduce breast cancer recurrence risk.

After much thought, prayer, and research,  we chose a lumpectomy in late January, when the viral exposure concern was influenza. All this time, Mom still did not know I had cancer, until a few days before the surgery.

Thanks be to God, the surgery and recovery went smoothly, and the surgeon got generous clear margins. I got a new 3” scar that proclaims to the mirror that I am a breast cancer survivor.

The oncology team determined that, for me, radiation was not appropriate, but a hormone-blocking medication for 5-10 years was. We praise God that the new medicine has also been without side effects or interactions. Two weeks ago, the same doctor who called me on that Friday night did the surgery to remove my ovaries and Fallopian tubes. Add 4 more Morse-code dashes of scars to the total.

My mom’s cognitive function has declined this year to the point that we decided as a family not to tell her about the genetic mutation, anti-cancer medication, or even this recent surgery. That has been lonely, perhaps even the hardest part of the ordeal. When you’re sick or distressed, no one gives TLC like your mother. Mine is alive, 3 blocks away, and love means not telling her I was having surgery during a pandemic.

Even with the anxiety, heartache, and physical pain this process has entailed, I would be remiss not to call attention to the unseen TLC provided by my Father in heaven. He wove my DNA together in my mother’s womb, so I am assured this mutation was no accident or bad break (Psalm 139:13-16). My life is not at the mercy of the “slings and arrows of outrageous fortune.” Rather, God my Father. designs it for His glory and my good. What’s more, in His foresight and kindness, He had been preparing me all year for what He had prepared for the end of it. In January and February I completed the Lisa Harper Bible study on Job that was being offered as a Lifeway Women online study. The two books I had reviewed for Crossway discussed the topics of anxiety and lament. In the fall with my mother, we were working through video studies on Providence and Romans 8.

During the weeks from mammogram to cancer diagnosis, and in the waiting for test results, once a week I listened to Derek Thomas share about the groaning creation, about all things working together for the good of those who love God, about the glory prepared for me, about the interceding Christ and Spirit, and about the lavish, conquering love of God in Christ Jesus, that love from which nothing, not even cancer, can separate me.

For I consider that the sufferings of this present time are not worth comparing with the glory that is going to be revealed to us. For the creation eagerly waits with anticipation for God’s sons to be revealed. For the creation was subjected to futility — not willingly, but because of him who subjected it — in the hope that the creation itself will also be set free from the bondage to decay into the glorious freedom of God’s children.For we know that the whole creation has been groaning together with labor pains until now. Not only that, but we ourselves who have the Spirit as the firstfruits — we also groan within ourselves, eagerly waiting for adoption, the redemption of our bodies. Now in this hope we were saved, but hope that is seen is not hope, because who hopes for what he sees? Now if we hope for what we do not see, we eagerly wait for it with patience

In the same way the Spirit also helps us in our weakness, because we do not know what to pray for as we should, but the Spirit himself intercedes for us with inexpressible groanings. And he who searches our hearts knows the mind of the Spirit, because he intercedes for the saints according to the will of God. We know that all things work together for the good of those who love God, who are called according to his purpose. For those he foreknew he also predestined to be conformed to the image of his Son, so that he would be the firstborn among many brothers and sisters. And those he predestined, he also called; and those he called, he also justified; and those he justified, he also glorified.

What, then, are we to say about these things? If God is for us, who is against us? He did not even spare his own Son but gave him up for us all. How will he not also with him grant us everything? Who can bring an accusation against God’s elect? God is the one who justifies. Who is the one who condemns? Christ Jesus is the one who died, but even more, has been raised; he also is at the right hand of God and intercedes for us. Who can separate us from the love of Christ? Can affliction or distress or persecution or famine or nakedness or danger or sword? As it is written: Because of you we are being put to death all day long; we are counted as sheep to be slaughtered.

No, in all these things we are more than conquerors through him who loved us. For I am persuaded that neither death nor life, nor angels nor rulers, nor things present nor things to come, nor powers, nor height nor depth, nor any other created thing will be able to separate us from the love of God that is in Christ Jesus our Lord.

In the secret places of my heart, He comforted and sustained me with these truths.

In another gracious stroke of Providence, for only the first and second times in my complex medical history, both surgeries occurred at an ideal time for my husband to take a week or more off work to help me.

With the genetic mutation I have, ovarian cancer and the other increased risks are bigger threats than another breast cancer is. By God’s grace, we have just crossed one risk off the cancer threat list and know I need extra monitoring for the others.

A routine mammogram may have saved my life (but not how you think).