The Changing of the Guard Dog: Introducing Moose Tracks

As regular readers know, the late great Ebony Dog passed away June 1 after a brief illness. We initially thought we would take several months just to grieve and recover from the intensity and trauma of his final week. We reconsidered the timing, in part because this time we knew we needed a dog who would be great with the youngest nephews, who live close enough to see us frequently now. They would have more opportunities to get acquainted with Ebony's successor if we adopted before they went back to school, so we started looking in earnest and going to adoption events.

After one failed foster trial that clarified our non-negotiables, we found a dachshund-terrier mix on Petfinder with a happy face that looked a little like Eb’s. In fact, the facial resemblance is strong enough that Google photo assistant mixes them up on a regular basis. Appearance and appetite are where the resemblance ends, however!

He came to us as Diesel, but now he answers (when he feels like it) to the name of Moose Tracks, like the ice cream. His foster family was amazing and loved him dearly but couldn't adopt him permanently. We have stayed in touch with them, and his foster mom remains his biggest fan.

Moose Tracks (AKA Moosey, Moose, Moose Munch, Special Agent Shredder) is smart, social, silly, sassy, stubborn, and as devoted to Amore as Ebony was to me. He is so smart and curious that he gets bored and invents his own activities if we don’t provide enough stimulation. He is so social that Amore takes him to the dog park on weekends whenever the weather permits, and we are planning doggie daycare days into the routine because he needs and loves them. Ebony was a shy, calm, introverted dog, so there has definitely been a learning curve (which we’re still traveling) as we discover the rhythms and routines that work best for all of us. 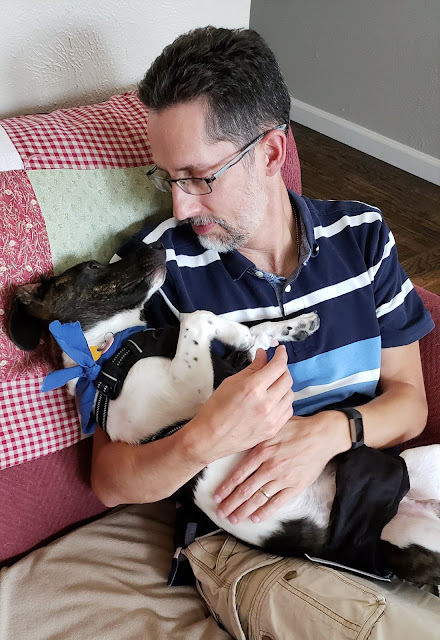 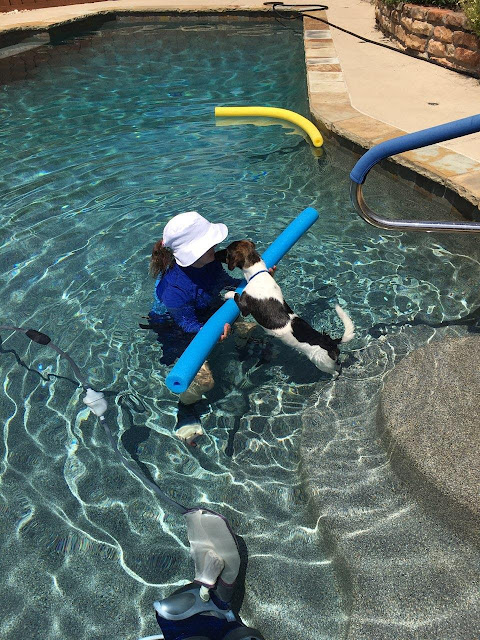 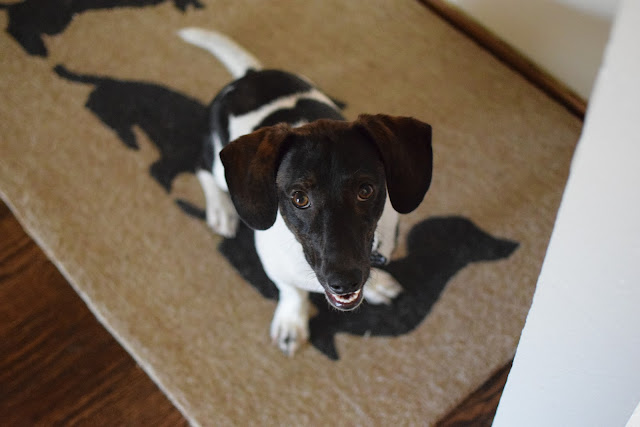 Moose Tracks loves walks, training, sunbathing, meeting new people, and barking at the neighbors across the street when they come and go. He has 2 speeds: all out and crashed out. At the moment, he is crashed out, allowing me to put together this many-times-delayed post. (He is not a fan of the glowing screen thingies that pull his humans' attention away from him. Priorities, people!!) 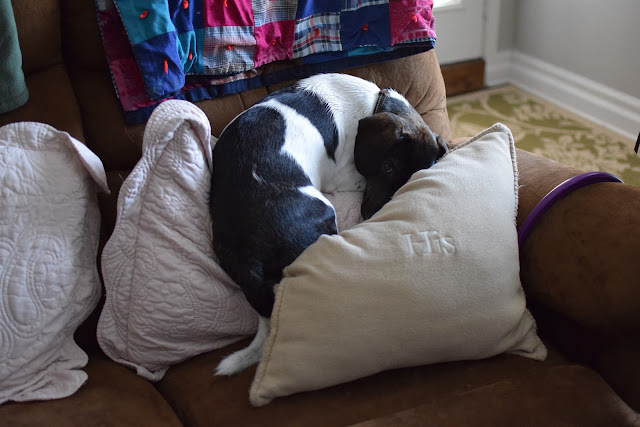 He loves to eat almost anything: mulch, cookies, bully sticks, peanut butter inside a bone, “crunchy water” (ice), sticks, wood shavings, throw rugs, old pillows, stuffed animals, carrots,... He doesn’t like plain lettuce, but that may be the only thing he won’t eat. In fact, he has inspired the Moose Tracks Diet:

Moose Tracks also adores his stuffed animals, but love hurts. I have a toy hospital with a revolving door. He tears one up, I sew it back together, he tears it up again, I repair it again, and so forth until there's not enough left to repair. I wouldn't bother, but he's just too cute when he plays with them, especially when he has a case of the zoomies and sprints around the house squeaking one in his mouth.

Moose has learned quite a few commands in our training sessions: sit, down, stay, come, place, leave it, heel, crate, paw, spin around, roll over, play dead, peekaboo, and drop it. We are working on find it, bring it, floor (when he climbs on something he shouldn't) and head down. He learns very quickly with the proper motivation (food). Heel and leave it are Mr. Curiosity's biggest challenges. Also, he is part billy goat and able to climb on anything he wants. We are still working on those boundaries. 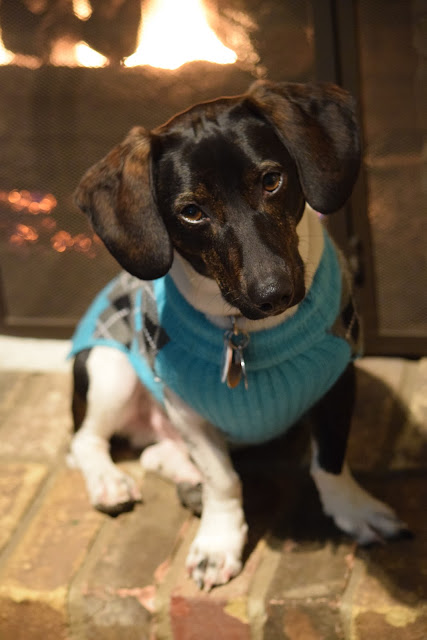 As you can see, Moose tolerates the camera well, and the camera loves him. Today he has been in our family for 6 months. He adds a lot of laughter, makes our Fitbits happy, and challenges our creativity and training skills. We love him a lot! If you come to see us, expect kisses and a welcome waggin'.

Now that we're more settled into our new routine, I will endeavor to post here more consistently in 2019, but I make not promises. Also, I do micro-blog pretty regularly on Instagram: @crumbsfromhistable. Moose has his own feed for the dog people among you: @moosetracksmoore. (Do take what he says with a grain of salt. He is not always the most reliable narrator.)