“Simon, Simon, behold, Satan demanded to have you, that he might sift you like wheat, but I have prayed for you that your faith may not fail. And when you have turned again, strengthen your brothers.” (Luke 22:31-32 ESV) 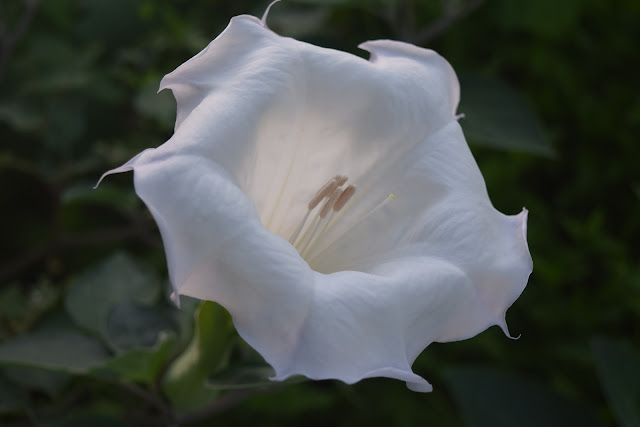 Nancy Leigh DeMoss likes to say, “Anything that makes us desperate for God is a blessing.” If that’s so, and I believe it is, the Lord has blessed the stuffing out of my family these last 5 years.

You know much of my part of the story, the surgeries, the chronic pain that prompted the beginning of this blog, the seemingly endless round of doctors’ appointments and physical therapy. You know we lost my grandmother Nonni 9 months ago. Amore has said good-bye to his grandmother, an aunt, and 2 uncles over the last 5 years as well. You may not know, because they are not my stories to detail, that every member of my family and many in Amore’s have been through their own individual desperate “anythings.” A  serious car accident, many job changes, moves, surgeries, broken bones, medical emergencies, church traumas, a stroke, hard diagnoses, and financial hardship provide a taste, and there’s no clear sign of a lull in the cycle soon. All these challenges truly are a blessing, drawing us closer to each other in mutual need and to the Lord in the stripping away of self-dependence and the false identities we lean on for significance.

The last 5 years have held happy providences, too: hellos to new friends and a good church home near my house, the injuries and surgeries that went better than predicted, the joys of serving with my dad at VBS the last 2 years. Loved ones have been protected. Needs have been met. Tests have been passed.

At the same time, Christian faith does not require that we pretend the hard providences are easy. Things that make us desperate for God are a blessing, but an uncomfortable, often painful, one, a diamond wrapped in sandpaper.

When soul and body grow weary with fighting for health and strength, when it all just seems too much for one clan to bear, when I wonder if my heart is broken beyond mending for the sorrows of those I deeply love or anxiety over the outcome of their trials—

I remember the sifting. 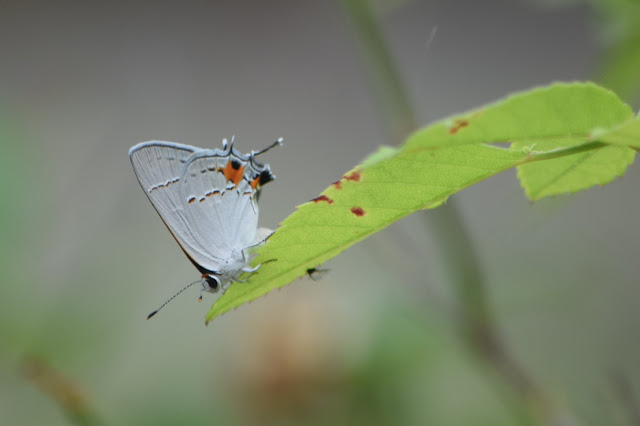 In one of the Bible studies of the 3 ½ years I’ve been with my church group, Beth Moore spends 2 days of homework examining the trial of Job and the sifting of Peter.

Since Job 23:10 mentions being tried “as gold,” my mental imagery includes a bubbling pot over a fire, with black dross atop the brightening yellow gold like the skin on warmed but cooling milk or drops of oil at the surface of au jus gravy. (Mind you, I’ve never actually seen gold being refined, so take the image for no more than it’s worth. Heat-refined gold is the important part.)  1 Peter 1:6-7 employs the same word picture:

…you rejoice, though now for a little while, if necessary, you have been grieved by various trials, so that the tested genuineness of your faith—more precious than gold that perishes though it is tested by fire—may be found to result in praise and glory and honor at the revelation of Jesus Christ. 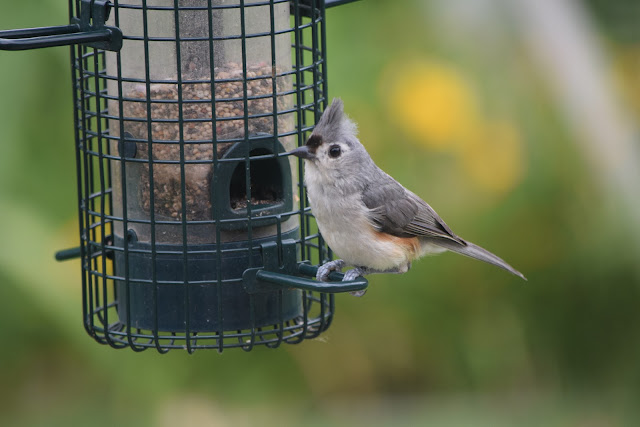 The sifting of Peter is a bit more complicated. In the agriculture of the ancient Near East, it would have involved the separation of valuable wheat from worthless chaff or impurities like stones. In the preceding winnowing process, harvesters would toss recently harvested wheat into the wind so that the heavy, valuable grain quickly fell back down and the light, inedible chaff and straw would blow away. Some chaff and small impurities would still remain, so the wheat needed the additional step of sifting. Bible-history.com explains:

The wheat or barley will still be more or less mixed with certain amounts of chaff, little stones, and perhaps some tares. Sifting is therefore necessary before the grain can be ground into meal. This is the task of the women. The sifter seats herself on the floor, and shakes the sieve which contains the grain, until the chaff begins to appear on the top, and this is blown away by lung power. The stones are removed as are also the tares.

Second, notice that the sifting was Satan’s agenda, and he couldn’t do it without the Lord’s permission. Yet the Lord gave that permission, just as God had granted Satan permission for the onslaught of trials that afflicted Job.

Why would Jesus do such a thing? Why would He let Satan have his way with Peter to any extent? Jesus said He had prayed for Peter that his faith would not fail, but He could have prevented the faith-straining trial from even happening.

Only one reason exists why God would give Satan permission to sift a dearly loved, devoted disciple: because something needs sifting.

Don’t even read further until you have completely absorbed that statement. God’s answer to Satan’s petition to sift Peter as wheat would have been denied had Peter not contained something that needed sifting….  Everything standing between Simon the fisherman and Peter the rock needed to go.

Satan had a sieve. Christ had a purpose. The two collided. Satan got used. Peter got sifted. For reasons only our wise, trustworthy God knows, the most effective and long-lasting way He could get the Simon out of Peter was a sifting by Satan (When Godly People Do Ungodly Things, 51-52). 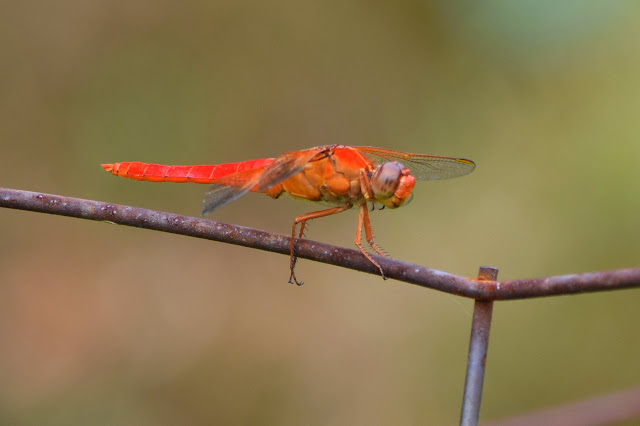 As the class discussion unfolded that Wednesday, something played around the edges of my mind. Do you ever have one of those elusive thoughts that flees as soon as you concentrate your attention on it but then returns to tease you as soon as you move on to something else? There was some connection here I wasn’t quite seeing, but it felt important.

Then I caught a glimpse, and it took my breath away: Yukon Gold Rush. No, really, that was the connection. On the rare occasions Amore and I stay in a hotel, we enjoy watching the Discovery Channel, which we don’t have at home. Actually, what we really enjoy is Mythbusters on the Discovery Channel, but that wasn’t on. We had gone “away” to the other side of the Metroplex for a few days to celebrate our anniversary and Nonni’s 90th birthday, but my belly wasn’t cooperating with our lovely dressed-up-dinner-out plan. Instead, we went to see the Dead Sea Scrolls on exhibit nearby and then watched Yukon Gold Rush while Amore ate Chick Fil-A and I sipped a smoothie.

But I digress.  One of the episodes of the Gold Rush marathon that week told the story of a mining operation on the last day before the ground would freeze too hard for the equipment. In truth, the ground was already hard enough to break some of the expensive heavy machinery, but the team was far from their expected and needed yield to sustain their families and business until the ground thawed again. The crew chief could not accept that the claim would, literally, not pan out when all the geologic signs looked so promising, so he pushed his men and equipment to the breaking point, but still the gold didn’t come.

Without functioning bulldozers and quickly running out of time, in desperation he decided they’d run the dirt already processed back through the sluice and then hand-process it in small sieves like the colander we use to wash produce at home. It was a laborious, slow process, and in the end they did fall short of the pay-day they had anticipated, but the sifting yielded more than they’d had before and gave them enough to keep going another year. 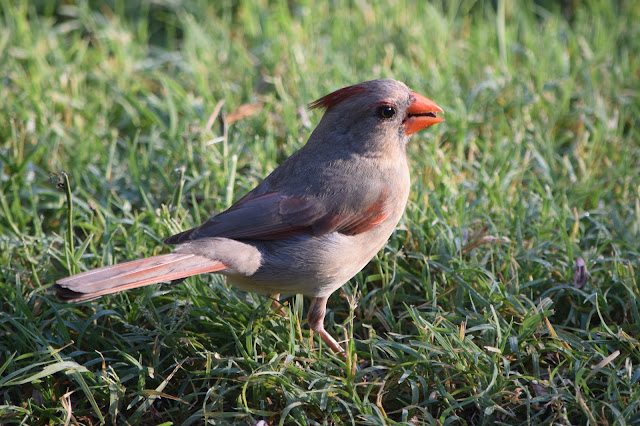 “What does this have to do with Peter and Job?” you may be asking.

Gold is refined, and wheat is sifted, but gold is sifted, too. Whether the stuff in the sifter is wheat or gold, the sifting happens because there’s something that needs sifting (out), as Beth Moore noted. But it also happens because there’s something worth saving, something worth showing to the world. No one bothers to sift what is uniformly worthless, but to separate the worthless from the precious.

Is it any coincidence, then, that the same Peter of the sifting would later write to beleaguered saints in exile that the end result of their temporary, necessary, varied trials was “that the tested genuineness of your faith—more precious than gold that perishes though it is tested by fire—may be found to result in praise and glory and honor at the revelation of Jesus Christ”?


Satan, like a drudge, may hold the sieve, hoping to destroy the corn; but the overruling hand of the Master is accomplishing the purity of the grain by the very process which the enemy intended to be destructive. Precious, but much sifted corn of the Lord's floor, be comforted by the blessed fact that the Lord directeth both flail and sieve to His own glory, and to thine eternal profit (Morning and Evening, Morning of June 20).

Dear Crumble reading this, if you are in the sifter and everything that can be shaking is, take heart. If the Refiner’s fire feels unbearable right now, be of good courage. As you entrust yourself to God, you will emerge on the other side of these trials (and there is another side) with some thing or things that didn’t look like Jesus sifted right out of you. Even better, everything that does look like Jesus will shine all the more brightly for its removal. There is a purpose for your pain. As Joni has said, “God permits what He hates to accomplish what He loves.” He wouldn’t bother sifting you except that He loves you.

Jesus prayed for Peter, and He prays for His people still (Romans 8:34). When everything around you gives way, hold fast to Him who holds fast to you. After the testing, may your faith be found genuine, to the glory of Christ, through the grace of God and the power of the Spirit, and may you turn again to strengthen your brothers and sisters who find themselves in the midst of their own sifting.

May all the mercy, grace, and peace you need to persevere be yours in the Lord Jesus Christ.

Thank you for all the ways you've blessed me these last five years, reading friends. May the Lord multiply the blessings back to you.
Posted by tinuviel at 10:18 AM