Before we turned out the lights in the living room last night, the monarch butterfly my parents brought me from a local festival looked like this: 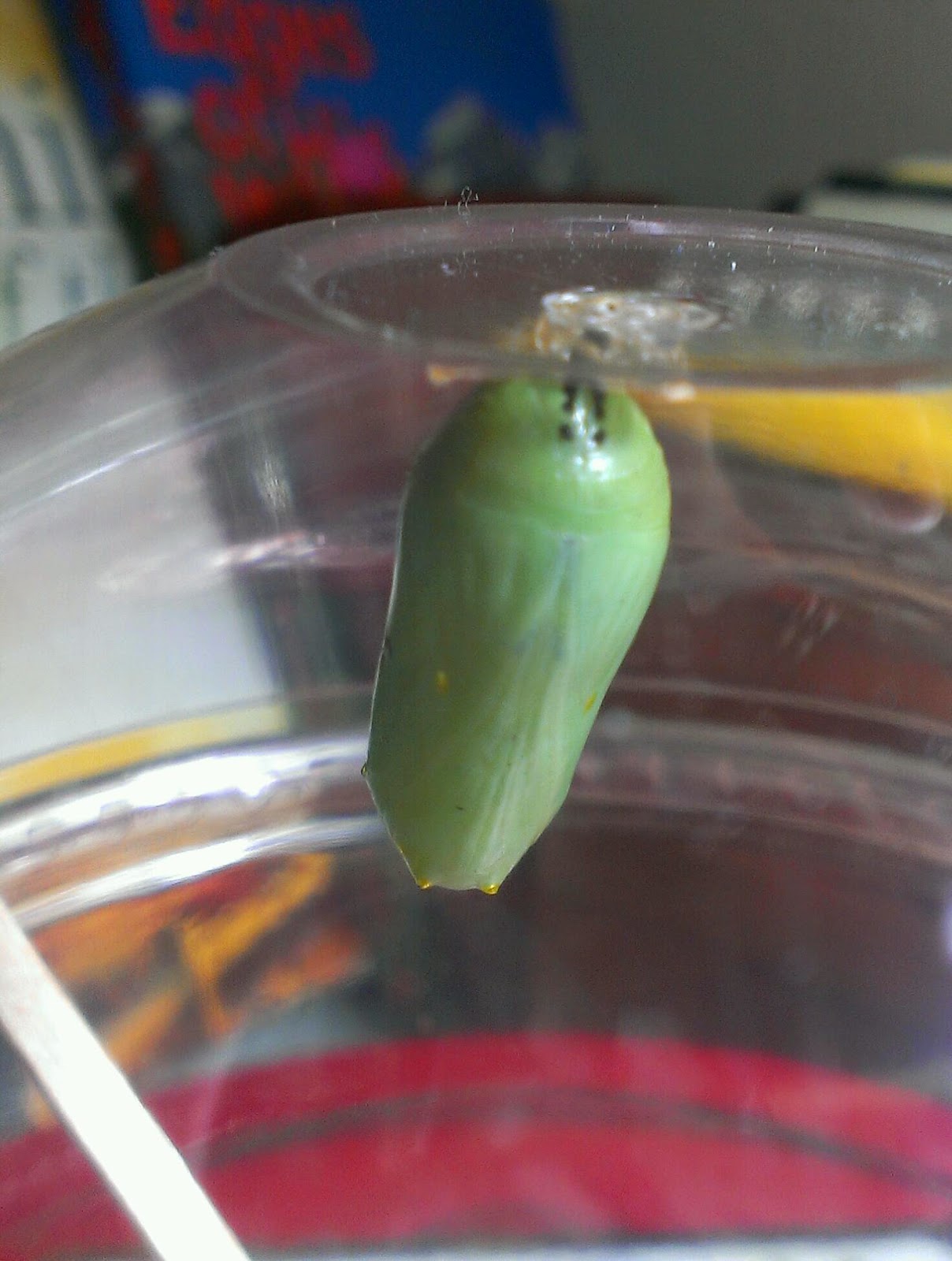 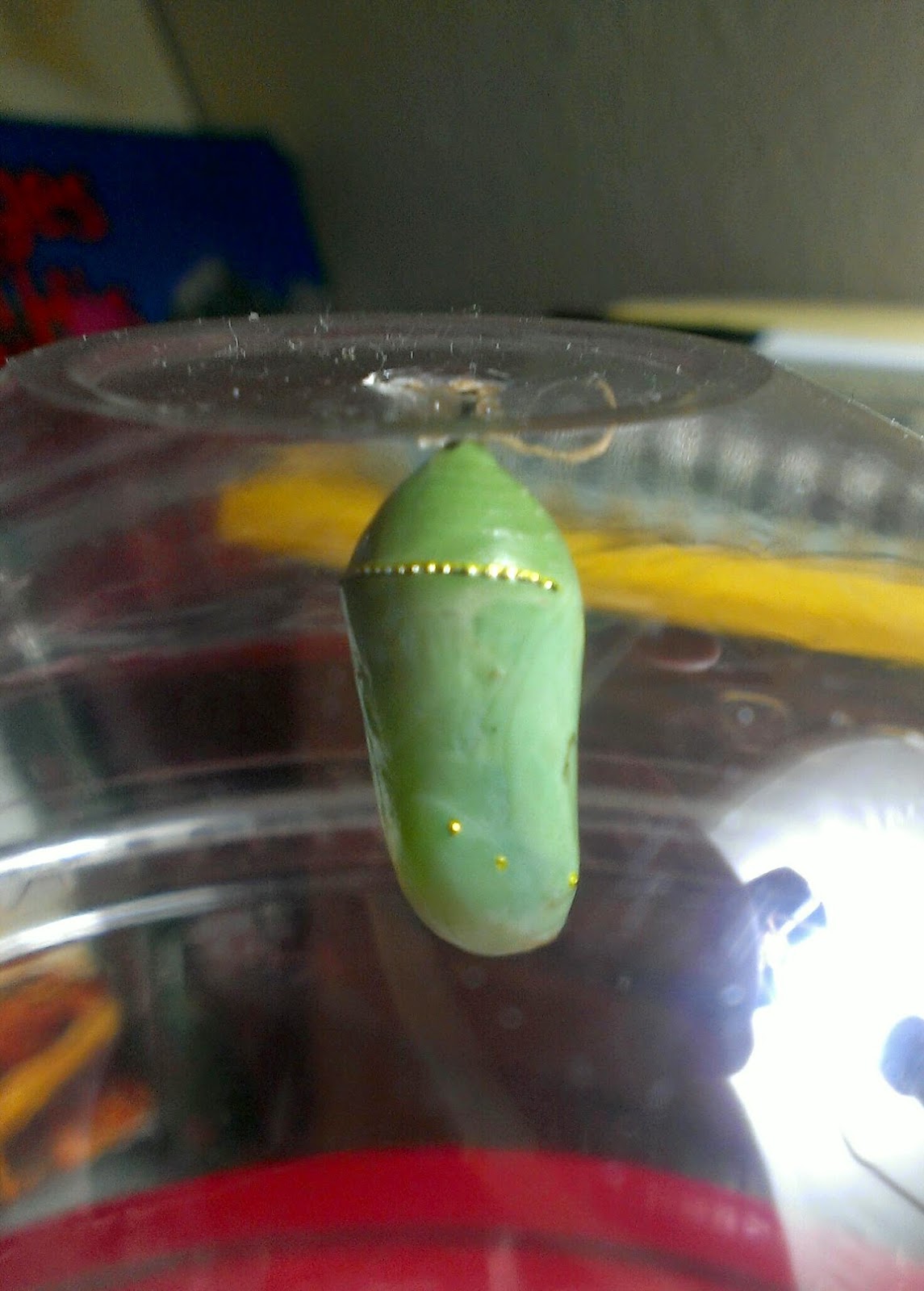 After coffee and devotions this morning, she looked like this: 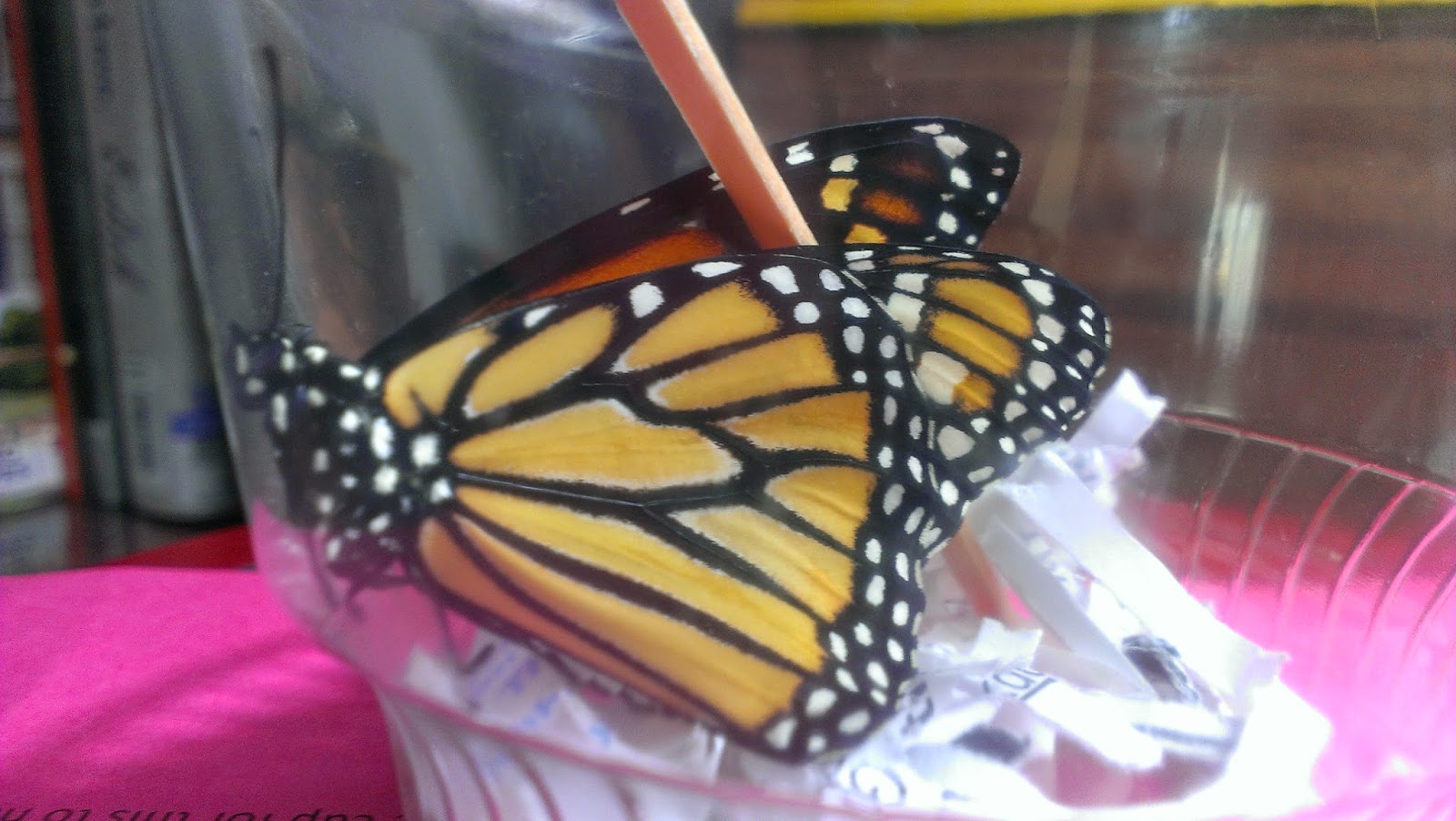 and her chrysalis hung as empty as the shroud on Easter morning: 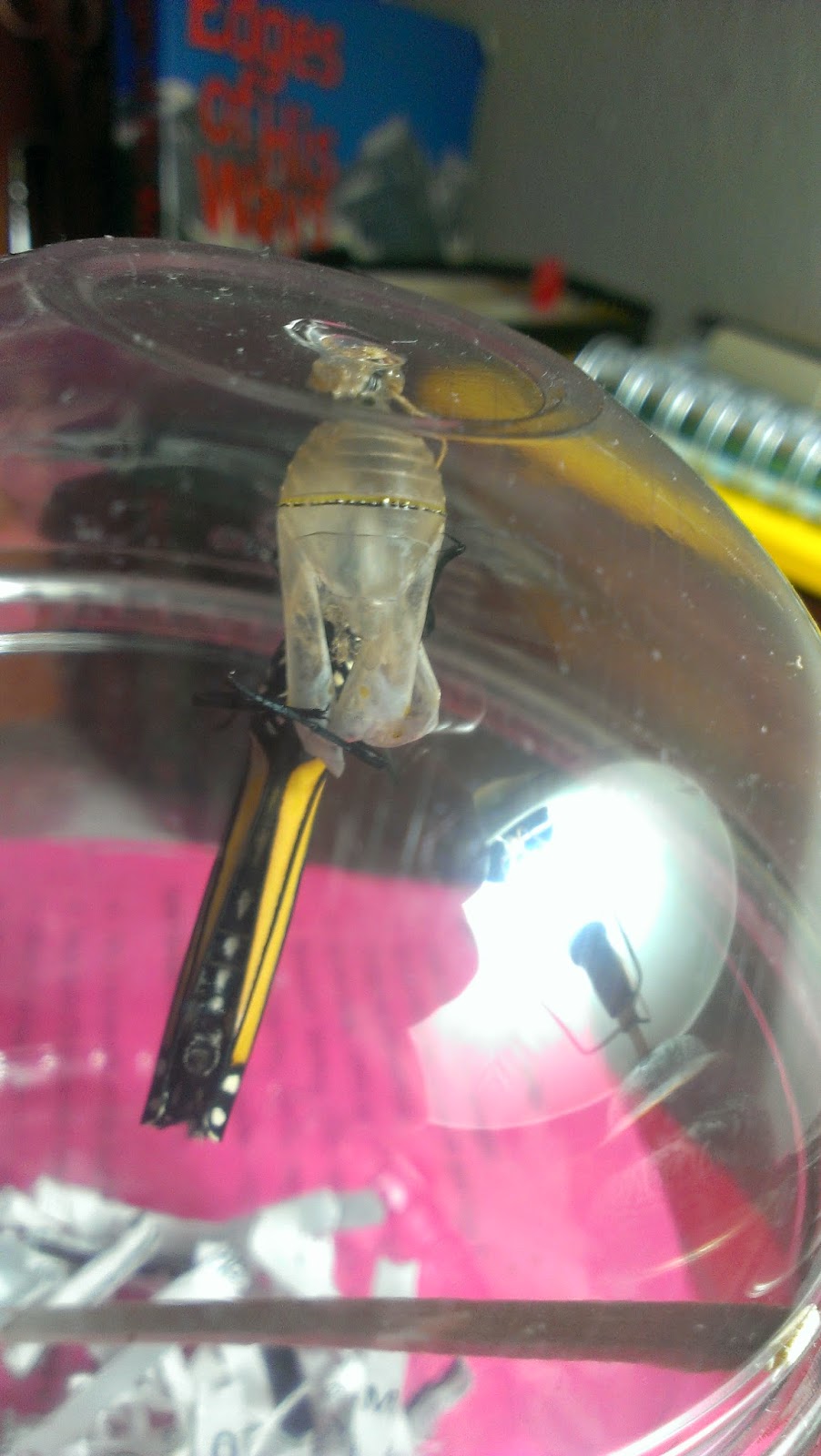 This beautiful, wondrous transformation reminded me of a few more surprising befores and afters in the last week.

Before dawn as we drove to the hospital last Thursday, I was preparing my heart to lose the use of my right arm for a month while repaired cartilage healed.

After that surgery, while I still lay unconscious in the recovery room, the doctor told my waiting family that the MRI was wrong and the cartilage tear incomplete. This changed the extent of surgery so much that I would only need the sling a week instead of four.

Before my post-operative appointment this week, I expected several more days in the sling.

After the appointment, the physician's assistant had released me from it after 4 days and told me to start physical therapy as soon as possible.

Before my therapy appointment Tuesday morning, I expected to be very sore and work hard at the prescribed exercises the rest of the week, when all I wanted to do was rest until the pain subsided and my legs felt sturdier beneath me.

After my therapy appointment, Dad took me home to rest until Friday. A mix-up in scheduling meant the therapy center didn't have me scheduled until then in the first place. (In other circumstances this might have been very inconvenient, but I was actually relieved.)

Thank you for your prayers, my Crumble friends. The Lord has been answering in such surprising ways that I feel a bit like the prayer meeting at Mary's house in Acts 12. Jerusalem Christians had gathered in earnest prayer for Peter, whom Herod had imprisoned under the guard of 4 squads of soldiers. The execution was planned for that very night, and James the son of Zebedee had already been martyred, so everyone knew how likely Peter's imminent demise. After a miraculous angelic deliverance, Peter knocks for entrance to the prayer meeting, the servant Rhoda answers and shares the joyful news, and no one believes her. Not a single pray-er. The answer to their earnest pleas stands outside in the dark, knocking and knocking until they let him in.

Similarly, I told several people before the surgery that my dominant arm would be in a sling for 4 weeks unless the Lord just decided to heal my shoulder faster. But did I believe He might? Did I even believe I might be in the 5% or so whose MRI looked worse than the reality? Not really. In fact, when Amore told me the good news in the recovery room, he had to repeat himself several times because I was sure the pain meds had addled my brain and I was imagining things.

There have been so many hard surprises these last 4 years that it's often difficult now to believe that the happy ones can still happen to me, that the Lord would use joyous turns of events for my sanctification and not just painful (but no less good) ones. In His grace, however, He surprised me with what I didn't dare to imagine. He overcame my unbelief with His mercy. (Won't you celebrate with me?)

This recovery journey has only just begun and is expected to last the rest of the summer. It remains to be seen whether the left shoulder will respond adequately to therapy, but we're making the attempt and trusting God to work out His will in the matter. Thank you for your continued prayers as the Lord leads.

Oh, and our butterfly? We will release her into the garden tonight or tomorrow, but only after her wings have hardened enough to fly.

Crumbles, our God really is "able to do immeasurably more than all we ask or imagine, according to His power that is at work within us" (Eph 3:20). To Him be the glory in your impossible situations as well as mine!

****************************
Thanking the Lord, for He is good and gives good gifts to His little-faith children:
for surprising answers to prayer
for Amore's diligent service to me
for time with family
for meals from friends
for a clean house today
for good surprises
for the delight of watching this monarch's life cycle
for pain decreasing and strength returning a tiny bit each day
for the fun distraction and communication outlet of a new Twitter account (@Ebony_Dog)
for a week to rest and practice receiving help instead of giving it (again)