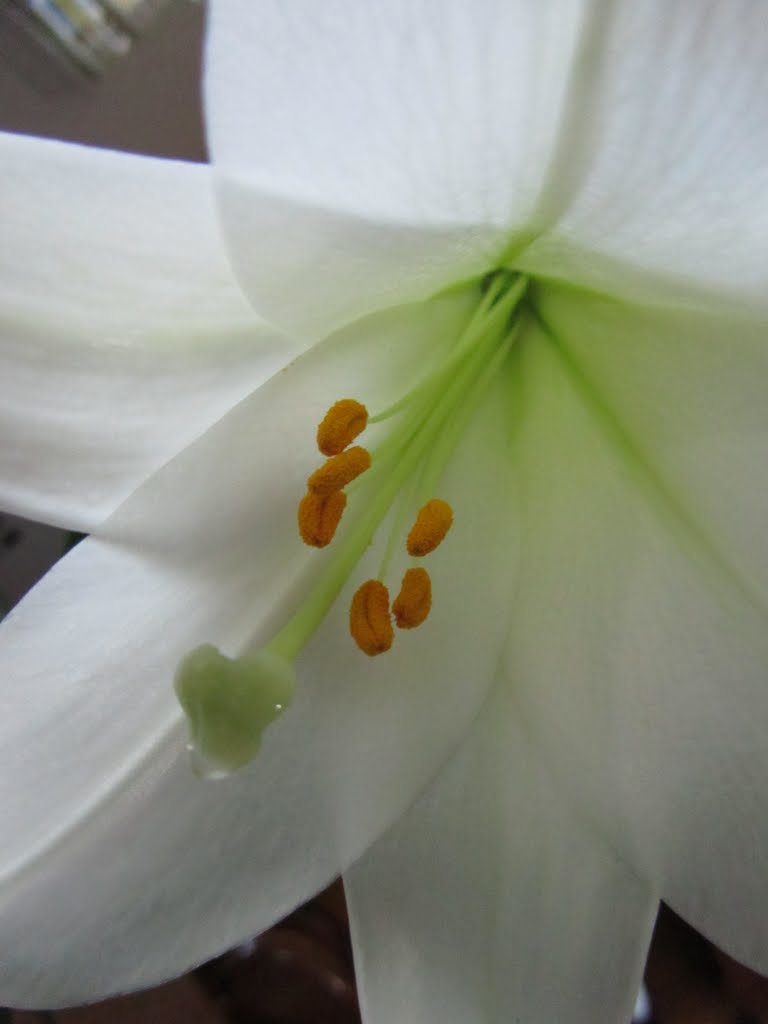 Once upon a time, I read the essay "On Fairy Stories,"  by the late Professor J.R.R. Tolkien (better known today as the author of The Hobbit and The Lord of the Rings).  Towards the end of the essay, he discusses "the Consolation of the Happy Ending" as "the true form of fairy-tale, and its highest function" (22).
The climax of a tragedy would be the catastrophe, the pivotal point in the story when everything falls apart for the hero.  For fairy-tale, Professor Tolkien coins a new word, "eucatastrope," for "the sudden joyous 'turn'" of events.  (The "eu-" means "good" and sounds like the word "you.")  This would describe the moment when Luke Skywalker destroys the Death Star, when the prince kisses Snow White to awaken her, when the Velveteen Rabbit discovers he has become real. In Tolkien's own work, eucatastrophe occurs when Aragorn and his army fight valiantly in the shadow of Mount Mordor though all hope for Middle Earth appears lost, and suddenly Sauron and his empire disintegrate when the Ring is destroyed.
Tolkien says that this quality is not an attempt to escape the world's sorrows.  On the other hand, he writes,


. . . it is a sudden and miraculous grace, never to be counted on to recur.  It does not deny the existence of dyscatastrophy [tragic ending], of sorrow and failure: the possibility of these is necessary to the joy of deliverance; it denies (in the face of much evidence, if you will) universal final defeat and in so far is evangelium [good news, gospel], giving a fleeting glimpse of Joy, Joy beyond the walls of the world, poignant as grief.

It is the mark of a good fairy-story. . . that however wild its events, however fantastic or terrible the adventures, it can give to child or man that hears it, when the 'turn' comes, a catch of the breath, a beat and lifting of the heart, near to (or indeed accompanied by) tears, as keen as that given by any form of literary art (22-23, emphasis and additions mine).

If I'm understanding the professor correctly, we love and value happily-ever-after endings because they point towards the Happy Ending, the triumph of Christ over sin, death, and all the other brokenness of the world.
The Bible itself is one grand, unified, beautiful, true story as well as a collection of smaller ones.  In this overarching Genesis-to-Revelation narrative (or metanarrative), Easter is the eucatastrophe and best understood in that context.  On Good Friday, all the disciples' hopes for God's kingdom seem dashed as Jesus Messiah is dead and entombed.  The rolled-away stone and resurrection turn that despair on its head on the third day.
Easter is the great Happy Ending from which all others proceed, the eucatastrophe not only of a fairy story but of all history.  The empty tomb looks dyscatastrophe in the eye and triumphs over it.  What's more, in many ways Easter is not an end but a beginning of a new era, a new story for all who believe in the risen Christ; as Professor Tolkien writes, "there is no true end to any fairy-tale" (22).  As Paul says it, "Therefore if anyone is in Christ, there is a new creation; old things have passed away, and look, new things have come" (2 Corinthians 5:17, HCSB).

"Blessed be the God and Father of our Lord Jesus Christ.  According to His great mercy,  He has given us a new birth into a living hope  through the resurrection of Jesus Christ from the dead" (1 Peter 1:3, HCSB).  May you walk in the reality of this joyous living hope today.

Christ is risen; the Lord is risen indeed.  Hallelujah!
Posted by tinuviel at 11:30 AM