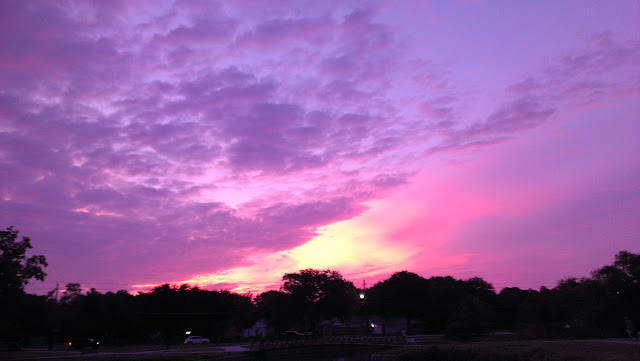 The preacher closed the service yesterday with a brief second sermon. His words focused on the obligation and privilege of a congregation to participate in the church through giving, but he also reminded us that we don't know what the future holds, and there may be hard times, very hard times, ahead for our nation and the church. The way we spend our time, energy, and material goods in this present moment reflects our priorities, and this present moment is all we know we have. If we delay to do the good within our reach today, we have no assurance the opportunity will still be available tomorrow.

As he spoke, I reflected on the week just past, how I had expected a quiet week for recovering and catching up on things left undone in the bulging calendar of the prior month or so. Instead, a shingles outbreak, the first in 8 years, took the wind out of my sails for half the week and required half a day at the doctor and pharmacy (and gifted me half a day with my parents). Thursday, a beloved international Christian worker friend emailed that her family was evacuating their home in response to threats from a criminal organization active in their area. They returned home Friday afternoon, and all seems well now, but who could have predicted such a turn of events?

Mere hours after the worship service, my phone rang unexpectedly. My mother called to tell me my sister Mezzo had been in a serious car accident on her way home from church and an errand. My sister was banged up but fine, but the other vehicle had flipped, and emergency personnel were still at work extracting its occupants. By God's grace, all involved walked away from the scene, and the other driver acknowledged his fault. Nonetheless, that turn of events meant a week in a wrist splint, missed work and classes, and arranging alternate transportation for my sister and unexpected pain and labor for the other party as well. Who saw that coming?

Later in the afternoon, Allen and I watched a TED talk by a man who nearly died at the hands of gang candidates looking for their first kill on the streets of Manhattan. He told his story with gratitude to the surgeon whose skill saved his life and to "luck." Voice trembling, he teared up describing how he had to learn to live again on the other side of trauma he never anticipated.

Only this morning, an email arrived from another missionary friend to say that one of the most stable countries in the Middle East, one where Christian workers and institutions are better than generally tolerated, is now facing the threat of uprising by an extremist religious organization hostile to Christ and Christians. The dark side of democracy appears when the majority hates the gospel. This was not wholly unexpected, but still. . .

Who could have foreseen such turbulence?

O LORD, You have searched me and known me.
You know when I sit down and when I rise up;
You understand my thought from afar.
You scrutinize my path and my path and my lying down,
And are intimately acquainted with all my ways.
Even before there is a word on my tongue,
Behold, O LORD, You know it all.
...in Your book were all written
The days that were ordained for me,
When as yet there was not one of them (Ps. 139:1-4, 14b, NASB, emphasis mine).

Today, poised as we are at the beginning of a new work week and a new month, my heart has been listening to the thoughts and events of the last several days. What would You have me learn from this, Lord? How should I apply these reminders to my plans today? Not in fear, I know. Enough with that already! 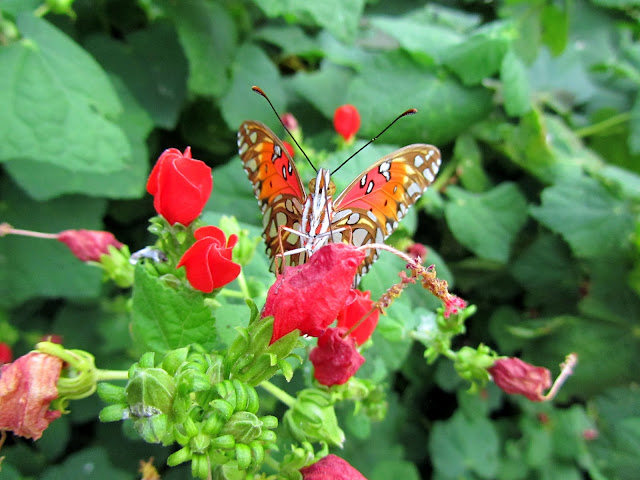 In these reminders of the frangibility of our plans and expectations, I find encouragement toward these responses:

I don't know what tomorrow or even the rest of today holds, but for now I pause to thank God for what is and has been this past week:
a breather before the turbulence hit last week
thoughtful husband purchasing quiches from the fancy market for Bible study refreshments
his glee in completing and refining his Nerf dart blow gun (for work!)
women ministering to each other's needs at Bible study
one appointment open on the day I needed it
medicine to help symptoms
rash and swollen glands slowly mending
parents' transportation and company
freedom to slow even more than usual
back pain no worse for skipping a day or two of therapy regimen
safety of my friend's home and family
my sister kept safe from real harm in car accident
pleasures made sweeter by the context of a week's challenges
beautiful sunrises
a butterfly undaunted by my camera lens mere inches away
new fence and gates for our back garden
completion of baby blanket for a friend's son
slow, steady, welcome rain
hoodie temperatures this morning
God's faithfulness through it all
(#7459-7478)

sharing in community with Multitudes on Monday and Playdates with God
Posted by tinuviel at 11:38 AM